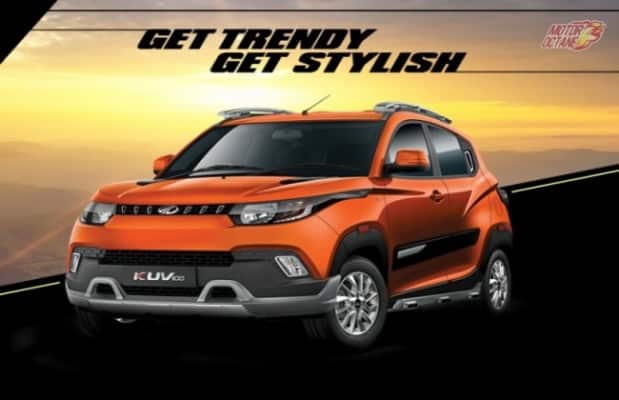 The smallest Mahindra SUV will be getting an upgrade. The new Mahindra KUV100 2017 shall receive some upgrades to make it more competitive. As the Maruti Ignis shall be launched, the KUV100 will loose out on sales as it has lesser features. Mahindra has worked out an upgrade for their super compact SUV for this reason. The new Mahindra KUV100 2017 shall get some additional features. What are they read further to know more.

The changes on the new Mahindra KUV100 are as follows:

On the inside options available are:

On the inside the options are: In terms of pricing, The Mahindra KUV100 sits close to the Hyundai Grand i10. This way it looks like an SUV and is priced like a hatchback. Both petrol and diesel engines are available with this SUV. There will be no change in the pricing.

Until then read our review of the Mahindra KUV100. As there aren’t many changes except the addition of features, this will continue to be the review for the New Mahindra KUV100 2017.

The Mahindra KUV100 gets an all new styling, something never seen before. It has a sleek front grille with slim, elongated headlamps. LEDs are integrated in the headlamps. The fog lamps are rectangular in shape to give it a beefy look. The KUV100 has stylish front end and the design continues to the side as well. There are thick lines running across the side profile. The door handle for the rear door is located next to the window. The sporty rear end makes it quite appealing as well. The Mahindra KUV100 has wrap around tail lamps and the shallow glass area at the rear makes it look trendy. 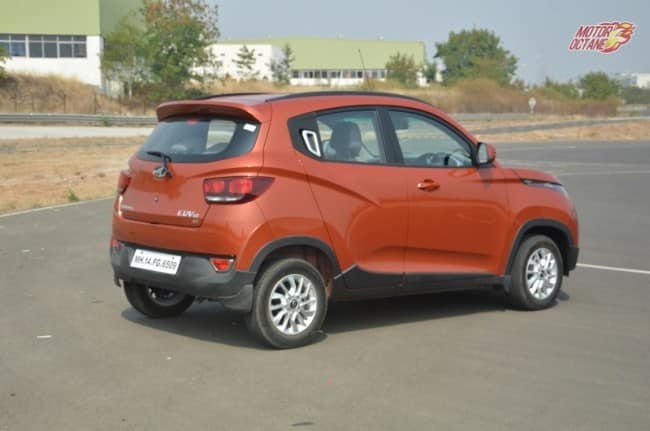 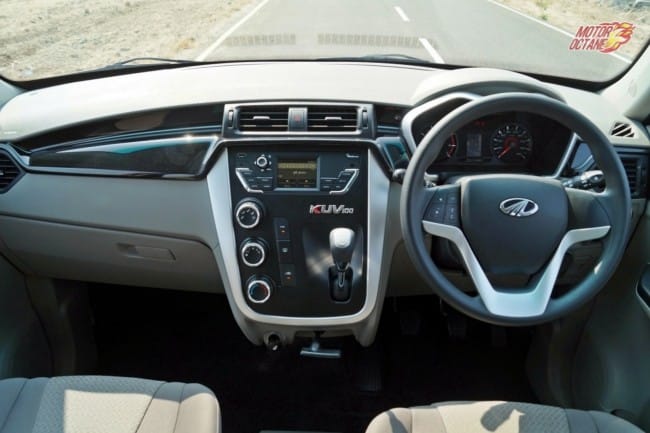 The Mahindra KUV100 has all new interiors. Yes, it is stylish and something we don’t see often. Nothing is shared with any other Mahindra vehicle. There is a five seater version and even has a six seater version. The six seater is a 3+3 seating. The dashboard is grey and it looks stylish. The twin dial instrument cluster has red dials. The steering wheel 0n the Mahindra KUV100 is all new. This is a small size wheel that is easy to use. The gear stick is mounted on the centre console and is very easy to use. In terms of quality, the finish is a bit raw and doesn’t feel premium. However, it has a pleasing feel.

The front row seats have good enough space. In the 3+3 seater, the middle seat also doubles as a centre armrest. The second row doesn’t get an arm rest. The boot is quite small and its difficult to pack in a reasonable amount of luggage. The Mahindra KUV100 is best suited for the city.

There is sufficient space in the seat pockets to keep documents.The rear door pocket can hold one litre of of bottle each as well. The KUV100’s 243 litres of boot space is adequate and there are also tumble down folding rear seats that increases the boot space even further.

The features on the Mahindra KUV100 are several like an in-dash music system with six speakers, bluetooth connectivity, ABS comes as  standard, dual airbags is optional on all variants, puddle lamps on all doors, interior ambient lighting, gear shift indicator, multiple storage spaces like under floor storage for rear passengers, cup holders in the arm rest etc. There are also features like follow-me headlamps, automatic hazard lights on panic braking, ISOFIX child seats and flat flow in first and second rows. 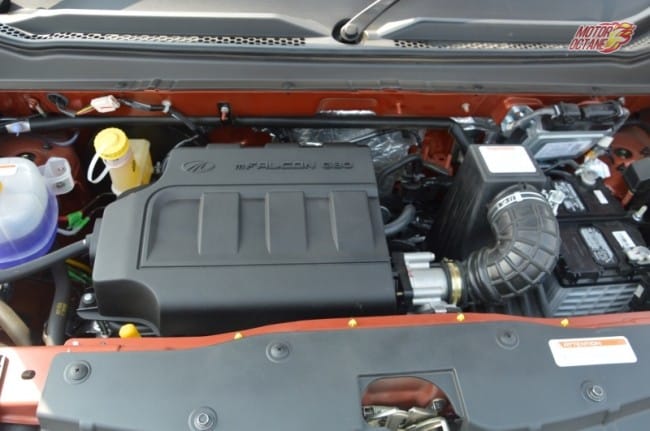 Despite a 1.2-litre engine, the Mahindra KUV100 petrol and diesel are not short on performance. This vehicle has been designed for Indian roads and certainly does the job well. There is more than sufficient power on this SUV to drive in the city or even on the highway. If you want to improve your mileage, then get into the Eco mode. There is a reduction in performance, but a major bump in the mileage. The petrol engine of the Mahindra KUV100 has a lot of vibrations, when you are at idle (not moving with engine on). The engine performance vis-a-vis size of the engine and the vehicle is very good. There is a frequent need to shift gears. The Mahindra KUV100 even gets the micro-hybrid, the start-stop technology and the diesel variant even has something like a multi-drive mode. There is a power mode and an Eco mode as well. 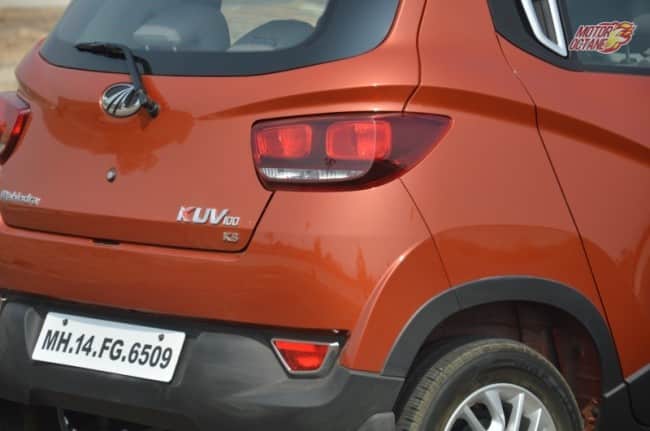 The gear lever is mounted on the dashboard, and the shifts are short. The Mahindra KUV100 gear lever doesn’t feel rubbery at all. Driving in city is a breeze, however the clutch position is a bit odd. The clutch is heavy too on the diesel, which makes driving in city traffic a bit cumbersome.

The Mahindra KUV100 has good ride on smooth roads. Even at high speeds, the ride doesn’t feel unsettled. However on bumpy roads, the KUV100 feels a bit jittery. There is a feeling of disconnect when going on a bump. The handling too is decent of the Mahindra KUV100. There isn’t a lot of body roll, unless you chuck the steering wheel aggressively. When you drive around bends, the steering wheel doesn’t feel lively and this is discouraging. The other downside of the steering feel. At low speeds it is heavy, which means more efforts to park and it is extremely light at high speeds. Again losing confidence.

The KUV100 will compete with the Maruti Ignis and the Tata Tiago Aktiv. Both these competition products haven’t been launched yet. These will take a while to come in. Maruti Ignis will come by early 2017.