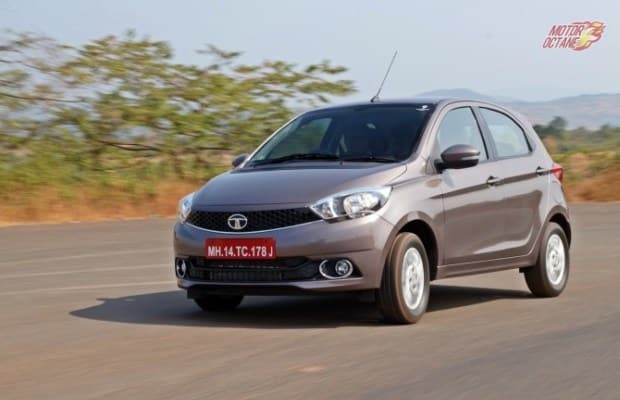 Tata Motors is now offering the Tiago AMT on the XT variant. This variant is called as the XTA. This is the mid-variant and it will have all the features that XT variant offers. This will make the XTA a more affordable option for many looking at getting a car that is more affordable than Tata Tiago was sort of a revolution in the hatchback space, when launched. The entire package was so attractive that it immediately attracted buyers towards it. The Tiago is a much improved car over earlier Tata cars. This is an all new car at is designed from scratch. It is an all new product. This comes after a long time from Tata. It is well packaged and hence becomes a compelling buy. The New Tata Tiago 2017 is a subtle looking car, but is a winner when it comes to its price point and the features it offers. Is the new Tata Tiago 2017 a worthy buy? Is it built to be reliable? We tell you in our detailed Tata Tiago Review.

Pricing of the New Tata Tiago 2017 is its high point. The price is very aggressive. The Tata Tiago has been a strong contender  in terms of overall product, but with the pricing, it steals the show. Buyers get a lot of variant options in the Tata Tiago.

Tata Tiago has aggressive pricing. This makes it a great option to consider in this segment. We have even done a detailed video on the Tata Tiago, a new long term video and even done multiple comparisons of this hatchback. The New Tata Tiago 2017 is based on an all new design theme. Not only is the hatchback stylish, it is proportionate too, which adds to its beauty. It has a pleasing humanity line on the front grille and the sleek headlamps go well with it. Extra flair is added by the chrome surrounds on the fog lamps. The New Tata Tiago 2017 looks attractive in bright colours. However, in regular subtle shades, it may not attract a lot of attention.

The lines on the Tata Tiago are crisp though and continue all the way to the rear. The rear is also all new and stands out. There is a neatly integrated rear spoiler with black coloured edges. The wheel size though small, offers a good ride and helps in extracting better mileage. The New Tata Tiago 2017 gets good quality interiors, which is such a change from earlier Tata cars. They are the best Tata has ever made. A neatly laid out dashboard and centre console is very welcoming. It has three knobs for air-con and well textured panels. The steering wheel is the same as on other Tata cars. It comes with controls for audio and bluetooth. The twin dial instrument cluster is neat too. The cabin ambience is much better than most of its competition. The New Tata Tiago 2017 looks appealing and stylish. There are body colour inserts (air-con surrounds) that makes it look trendy, especially in the orange colour. 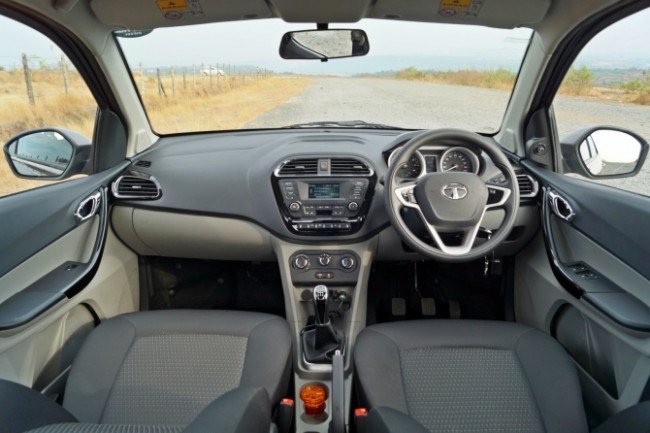 The seats of the New Tata Tiago 2017 are quite comfortable. They are soft and could’ve been a little firm, though. The adjustable head restraints look good. The space inside is good too. From the outside it doesn’t look so spacious. This is better than most of the other vehicles in this segment. The rear seats lack thigh support, but overall it is better than the rest in this segment. The boot on the New Tata Tiago 2017 isn’t the largest at 230 litres, but it has good enough usable space for daily city drives, household chores and short weekend getaways.

The Tata Tiago colour options are as follows:

The striker blue in the New Tata Tiago 2017 is an amazing colour, which isn’t seen very commonly. This is the most stylish and appealing colour. However, sunburst orange is the company’s communication colour. 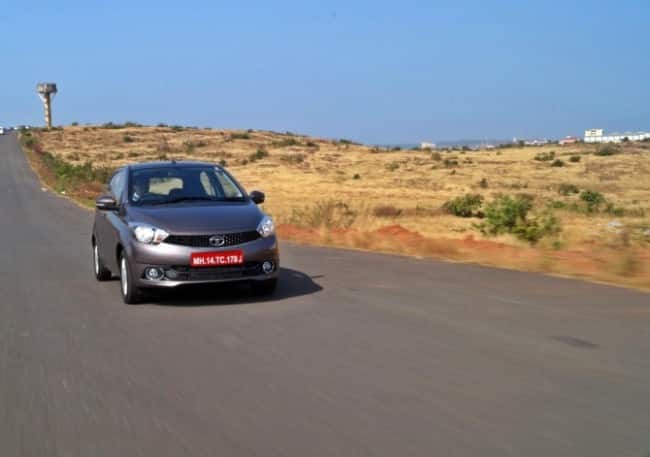 The New Tata Tiago 2017 comes in petrol as well as diesel engine options. The performance of both these engines is decent and are at ease in the city and also the highway. The petrol engine is a bit noisy and has some vibrations too. Otherwise, this is a good engine to consider. The diesel surprisingly is quieter and peppier than the petrol. A five-speed manual transmission drives both these engines. The New Tata Tiago 2017 will be getting an AMT soon. This will be on the petrol version though. There is even an Eco mode on both the engines. This mode helps in deriving a better fuel efficiency. 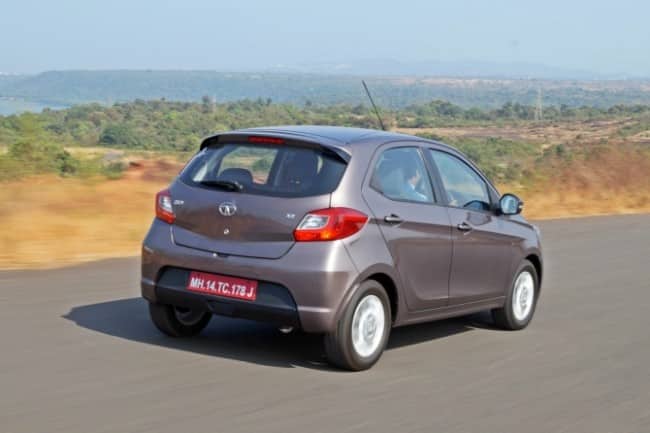 The Tata Tiago is very impressive when it comes to its ride quality. It is easily the best in its segment. The Tiago’s suspension is well tunes to offer a pliant ride. The ride is well-cushioned and absorbs most bumps and potholes with comfortable ease. Tata has traditionally been good in this department and gets better with the Tiago. The handling is also pretty good for city driving. The steering is light and responsive. This makes it easy to park in tight spots. On the highway the car doesn’t lose its composure and one can easily cruise at 130 km/h. The car remains steady. We wish the brakes were slightly better.

The Tata Tiago 2017 will compete with the new Maruti Celerio 2017, Maruti Wagon R and the New Hyundai Grand i10 2017 in the true sense. It has still done a better job than the others. We have done a comparison of the three and Tiago comes out as a clear winner.