The Toyota Fortuner TRD Sportivo is a special edition of the Fortuner. This will be launched shortly. The Sportivo edition gets some cosmetic upgrades. There will be no changes to the powertrain of the vehicle. The TRD Sportivo is being launched for the festive season. The changes in the Sportivo edition make the Fortuner look more attractive and sportier. It also helps add a different identity to the SUV. There will be no major difference in the price of this edition as the basics of the SUV remain the same. Read further to know more about the Toyota Fortuner TRD Sportivo 2017.

This variant is only available in 4×2 diesel automatic only. It has been launched for ₹ 31.01 lakhs. There are cosmetic changes that have been made.

There isn’t a major change in the pricing of the Sportivo. The Fortuner TRD Sportivo doesn’t get more features, rather cosmetic changes. We wish there were some additional features on offer in this variant. This pricing is better than what we saw on the Innova Touring Sport. The Toyota Fortuner TRD Sportivo 2017 gets a 2.8-litre diesel engine and it is very refined. This engine is offered with six-speed automatic transmission option only. It only has a 4×2 variant. This engine is peppy and is a comfortable highway cruiser. There are no changes on the diesel engine. It remains the same. The engine specifications remain unchanged. At the same time, the manual transmission isn’t available on the Sportivo. The interiors on the Fortuner are the same as the regular Fortuner. They have an upmarket and premium feel. The steering wheel gets red stitching and so does the gear knob and also the leather seats. The red stitching adds some sportiness to the interiors. The centre console has a touchscreen system with AC controls, vents and shift on the fly for 4×4 variants. In terms of features the Toyota Fortuner TRD Sportivo edition 2017 has a reverse camera, bluetooth connectivity, maps, push start and stop, leather upholstery, bi-beam headlamps and LEDs.

In terms of space, the Fortuner 2017 is same as the regular Fortuner. The front row has large seat and the space is just perfect. Driver’s seat has electric adjustment.  The second row has good space, comfortable seating however the head room is a bit tight. These seats slide and recline and there are AC vents on the roof. The third row, well if the front seats are moved ahead, there is decent knee room. The head room too is just fine. With all the rows raised, there isn’t much space in the boot. However, the third row folds flat as the seats move on the side. There is no electrically folding for these seats. The tail gate is electric.

In terms of safety, it will have seven airbags and ABS. It has hill assist control and descent assist control. Then there is vehicle stability control too. This is offered on all the engine options of the Fortuner. There are no additions on the Sportivo in terms of features. 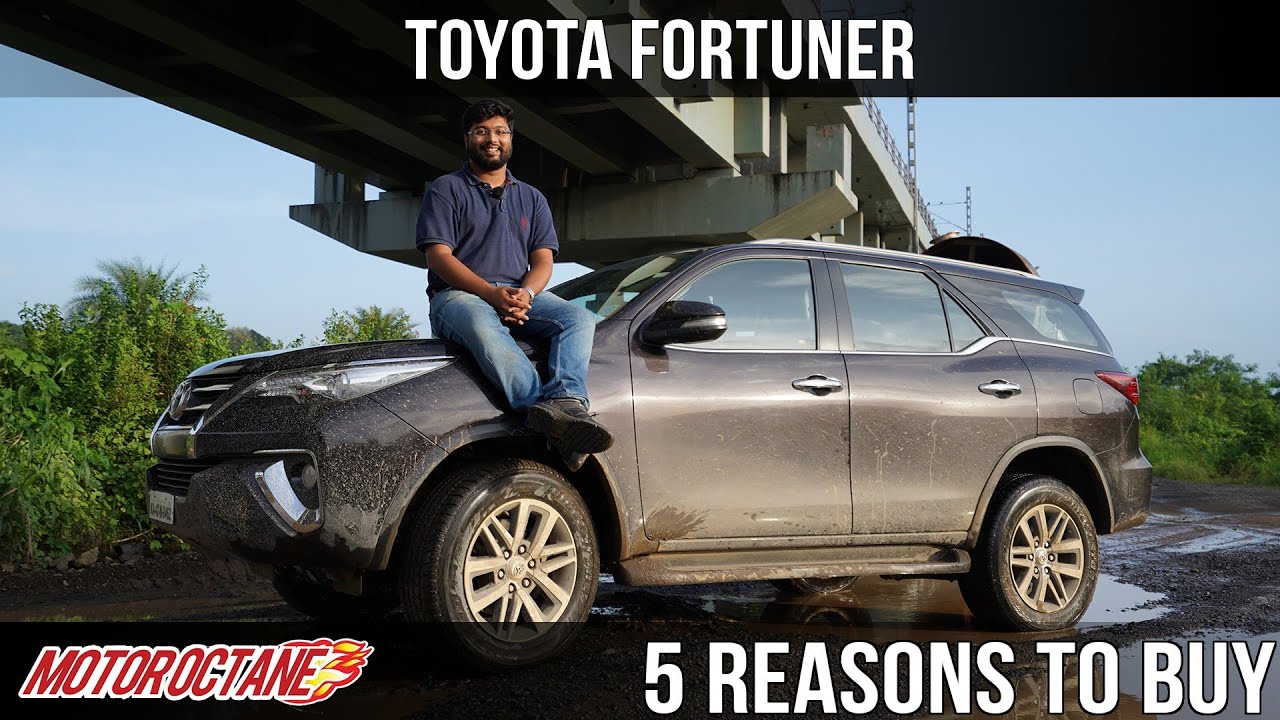