A Renault Vehicle was spotted while being tested on the highway. This spotting led to a revelation about the front of the vehicle. As shown the spy shots ahead the LED daytime running lights reveal a lot about the front facia of the Renault HBC. Here is a complete report of what we know and what we expect.

From the clip that we received, we could clearly see the front of the Renault HBC. It resembles that of the new facelifted Kwid. You can read more about the facelifted Renault Kwid here.

As on the Renault Kwid, there are 2 sleek daytime running lights at the corner. We assume that this will be followed with headlights below it. The headlights will be similar in shape like that of Kwid but this car might get a Projector setup as the rivals do get it. The badging at the front is integrated with the design line on the grill which connects the 2 daytime running lights. The grill is a dual slat setup with a big Renault badge at the centre. The Headlight setup is a triple beam setup. From the rear much hasn’t revealed. It has a sloping roof with roof rails which stand out and look like they are more functional than just a cosmetic update. The rear glass also gets a wiper. The C pillar of this car is thick and we are expecting it to be blacked out pillar to cut out on the visual bulk. But this is just an assumption looking at the size of it. In the previous Spyshots, the vehicle had steel wheels but now there are sightings of alloy wheels. Also, the wheel size is expected to be around 14 inches or 15 inches. Our hunch is that there will be an optional size with 15-inch alloys on the topmost variants of the Renault HBC

This car is expected to get the new 1.0-litre turbo petrol engine. Being a turbo petrol engine it will definitely have a good performance but that will also increase its price. So to make it accessible at a lower price we are expecting a smaller engine on this car too. Also, Renault does not have plans for a diesel engine. So the car will not have any diesel variant. It was first expected that this car will enter the higher segment of Hyundai Venue, Maruti Brezza and Mahindra XUV 300. But when the car was seen in real life while being tested it being small. Also entering a segment that is so competitive with car-like Venue and XUV 300 makes it difficult for Renault to attract people. The only way it can attract people is by offering a lower price. So we expect the Renault HBC to come in the Rs 6 lakh starting price. Being a smaller car the vehicle will compete with the KUV 100 and the upcoming HBX. Recently the HBX was also spotted and there was a major confusion with the rear profile of the vehicle. Now the camouflaged vehicle might be playing tricks with the eye but one this is for sure that the Renault HBC is a smaller segment car. Along with this with such a bold and stylish design it will be able to create a wave in the market. More information about the launch is given in the video below. There were expectations for the Renault HBC and the Nissan Magnite to be revealed soon. But as explained in this article there were COVID-19 problems in the manufacturing plants. So both these cars are delayed now. For now, Renault is expected to launch the update to the Renault Triber with the 1.0-litre turbo petrol engine. Launch of the Renault HBC is also expected then. 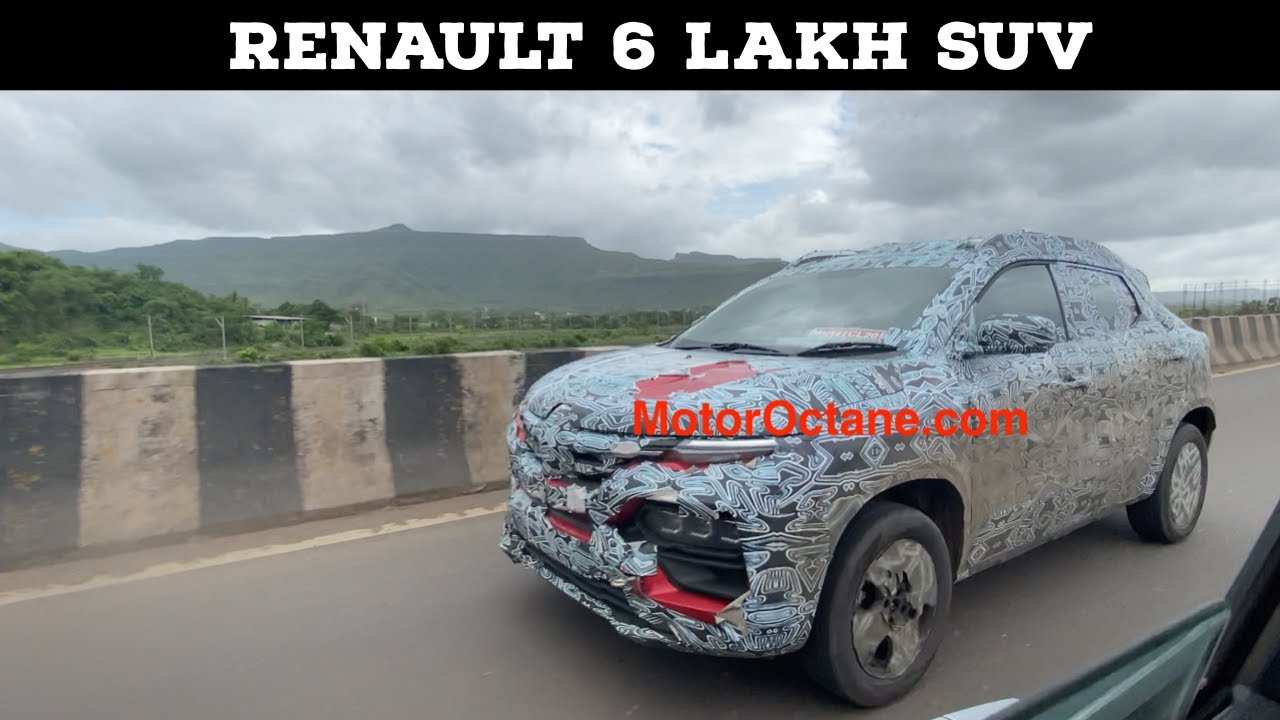