The 2018 Auto Expo is the platform that most of the new cars are introduced on. There shall be multiple new cars and bikes that will be unveiled. For a brand like Toyota, which has been showcasing many of its new cars, we can expect more new car unveilings this year too. Last time we had seen the new Innova and even the Prius and this time around we shall be witnessing multiple new products this year.

Toyota is looking at expanding its base in India, not just with new UVs but even with more sedans, hatchbacks, crossovers etc. There has been news that Toyota is considering many cars that will be a lot more affordable. And of course Daihatsu could also make its grant entry into India. Well, let us share the cars that are most likely to be showcased at the 2018 Auto Expo from Toyota itself. A direct competition to the Honda City, the Vios is expected to come to India next year. What will be a better thing than to showcase at the 2018 Auto Expo. This will help them to generate a lot of queries and also add on to its portfolio. Built on the Etios platform, this is a more stylish and premium sedan. Toyota is looking at adding more cars to its list and this will make it an exciting product to consider for India. At the moment, Honda is leading in this segment as the other brands do not have the reputation as a brand like the Honda City. This will be a strong contender for the Honda City, if Toyota could get this sedan with all the bells and whistles and even offer powerful engines too. 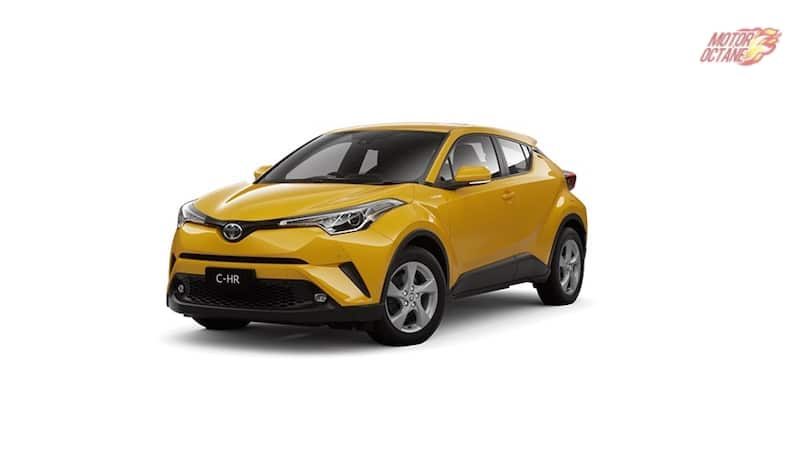 This is an all new SUV and we are expecting it to make its debut at the 2018 Auto Expo mostly. Well it is a bit too early to say but this is soon expected in India. The CHR will be a radical looking SUV that should be making its way into India soon. This new SUV will be competing with the Hyundai Creta and shall be priced between INR 11 lakhs to INR 18 lakhs (on-road). This could get a 1.2-litre turbo petrol engine and a 1.4-litre diesel engine also. The Alphard will be another new SUV that shall be making its entry into the Indian car market. This will be an exciting SUV that shall be making it India. This should be a 8-seater vehicle and might come to India also. There have been reports and rumours that Toyota is considering this SUV to India. It shall be expensive and will be more than the Innova Crysta also. We aren’t certain on when could this new MUV make it here. A highly speculated hatchback for India. There are many reports of it coming to India. But in all facts, when Daihatsu coming into India, there seems to be a rather faint opportunity for it to make it here. So, we aren’t very sure if this will come to here.