Bajaj Pulsar VS400 will be the fastest Pulsar ever. This will move ahead of the existing Pulsar RS200, which until now had this title. An all new engine for the Indian bike maker, this is the largest  size engine Bajaj has ever sold. Powering its new model, the Pulsar VS400. So, what does Bajaj have to offer? Is it a good bike to consider or should one not wait for it? We share our detailed preview of this new bike. Bajaj will remove the Pulsar tag from this bike. It will have the VS400 in the leisure segment.

Bajaj Pulsar VS400 Price in India

This bike will be priced under the KTM Duke 390. The company is looking at undercutting the KTM and even being competitive with the upcoming 300cc bikes. There will be two variants on offer. The more affordable one will be the non-ABS one and this might even have lesser power too. The ABS version could have a more powerful option too.

The company is ready to launch the new bike. Early September is when the bike is expected to be launched. The company wants to launch this bike before the festive season. This will help to increase their sales as there is generally a higher demand before Diwali. Bajaj had initially planned to launch the bike in September, however there has been a delay in the launch date and this means that the company will be launching the bike sometime by mid of October.

Bajaj design team has been churning out some stylish products. The V15 was one of them and now it is the Pulsar VS400. From its design that can be seen in the spyshots, it does look handsome and stylish. This makes it a good bike to consider just from style point of view. The large fuel tank with the blacked out headlamps look ferocious. The styling is unique and the bike will stand out in the crowd. This time the bike will be made available with matte dark colours than the bright ones we saw on the RS200. It seems that the company is looking to enhance its product design as it has now gone global. Even the tail lamp design is appealing and looks chic.

Now, the engine on this bike will be a 373cc single cylinder. This will be coming in two states of tuning one being 34bhp and other 43bhp. The latter will get fuel-injection and will be a good option to consider. In terms of performance, this bike will be the one to beat. Especially from maintenance and price point of view. The engine will be torquey and shall have sufficient power to cruise comfortably on the highway. Overtaking won’t be a problem either. It will even get slipper clutch and dual channel ABS as well. Bajaj is looking at taking advantage of the bikes in this segment and the Pulsar VS400 will be the ideal pick. The bike will come with telescopic suspension. The rear one will be a mono-shock. There will have two options, one will be with dual-channel ABS and other without. The brakes will be bigger and more powerful. As this engine is a lot more powerful than the other Pulsars, it will have bigger brakes too. This improves the safety aspect of the bike. We can tell you more on the engine, once we ride the bike.

As the new Bajaj Pulsar VS400 is focused towards performance, buyers won’t be that worried about the mileage. It still has decent fuel-efficiency for the size and performance of this new bike. This should be the first Bajaj that will be a BS-IV. Buyers of this bike might not be giving too much importance to fuel efficiency. Performance will be a prior aspect and hence fuel efficiency be the most important criteria.

The new Pulsar VS400 will be more about performance and top speed. As this will have taller gear ratios, it will have a higher top speed. Bajaj is looking at capitalising on this segment with its new bike and top speed will be one of its key highlights.

This bike competes with the KTM Duke 390. Bajaj will be looking at tapping the TVS Akula 310 and the BMW G310R as well. So, there is be a lower version on offer too. Bajaj is looking at capitalising on this segment and undercutting the Duke. The Benelli TNT 300 and the Mahindra Mojo will be tapped with more powerful options of the VS400. This is a different bike and is likely to make a new segment for itself.

From what we know, there will at least be black and grey colour options for this bike. Bajaj hasn’t officially revealed the colours, but these are the two colours in which the bike has been spotted. There shall be about 2-3 colours available on the bike. Bajaj wants to attract those who need stylish and trendy looking bikes. As the design is aggressive, dark and matte colours will likely

There will be two variants on the Pulsar VS400. One will be with a 34bhp engine and the other 43. The first one will not get even ABS, while the latter has dual-channel ABS and even slipper clutch. The Pulsar VS400 is majorly for the younger crowd who want something more powerful than the Pulsar 200cc bikes but at the same time more affordable than the KTM Duke 390. Buyers considering bikes like Mahindra Mojo, will want to purchase the Pulsar VS400 for its comfort and even performance. Special attention has been levied on the bike’s exhaust note as well. 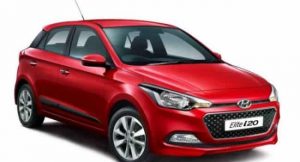 Hyundai receives 56,000 units of bookings for Elite i20

Hyundai Motor India Limited has achieved yet another milestone for the Elite i20. Marking the World Premier of the second-generation of i20 in India on August 11, 2014, the car has received highest ev... 4 upcoming cars that will change the segment forever

The consumer creates new demands as time advances and companies have to take care of those demands. By focusing on this aspect, automotive companies enhance the value-for-money factor for their produc... 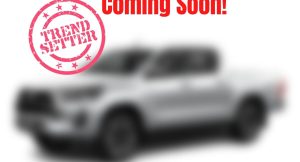 Cars that can change trends in India

Since the last decade and more, car buyers in India have been drawn towards SUVs. If you check sales figures of most of the car makers in India, you will find SUVs topping their sales charts. Now thin...