The 2019 Bajaj Dominar has been launched. The Bajaj Dominar 400 is the flagship bike for Bajaj. Keeping it updated is very important. The 2019 Bajaj Dominar 400 has been launched at a price of Rs 1.73 lakhs (Ex-showroom, Delhi). Dealers in multiple cities have started accepting bookings for the bike for an amount of Rs 5,000. The company will be bringing in the 2019 Bajaj Dominar 400 this year. There will not be too many changes on it, but it will get a few tweaks. The Dominar has anyways, been getting progressive improvements which have made this motorcycle more refined from the time it was launched. We have experienced the Dominar over the last 2 years and have seen subtle improvements in the bike. The Dominar 400 2019 will see more such improvements in refinement and power delivery. It will get newly styled alloy wheels. New suspension and for the first time on an Indian bike – USD (Upside Down) forks too. There will be new colours on offer and also new body graphics will be seen here. To know more about what’s new on this bike, scroll down below. Recently the current Dominar’s did receive a change in the form of an ECU update. The bike’s top speed according to owners has come down. This has to do with the mileage we think. But for the 2019 Bajaj Dominar, we think that the bike will be more powerful and will get higher top speed. Check out below a video of the underproduction Dominar being chased by a Duke 390. Last year the Dominar 400 had won our Bike of the Year award. It was declared a winner, considering various parameters like pricing vs features. The 2019 Bajaj Dominar 400 currently has two main colour, the Aurura Green and the Vine Black. Apart from that, there are now colours available on this bike right now. The bike will now be available in red colour. This colour has been shown in the Indian Television commercial. in addition to that, the bike is being internationally sold with that colour. This colour will be available in 2 months right before the festive season. Therefore it will become a perfect buy for the consumers. The alloy wheels also get a new look. Some of the most prominent updates for this bike is going to be the USD forks, like the ones used on the KTM 390. It means in the future the suspension and handling manners of the 2019 Bajaj Dominar 400 are set to improve. Bajaj will make sure that bike is more comfortable at any speed with its all-new setup and riders going hyper riding are less fatigued.

Another update the bike will see is the standardization of ABS here. The Bajaj Dominar400 had optional ABS. Standard dual channel ABS will be great. Bajaj will also continue with the six-speed gearbox with the slipper clutch. The bike and its engine will be compliant with BS6 norms. If you scroll down and check out the spy shots below, the exhaust now gets a twin end-can design and the radiator upfront it bigger and re-designed. This could be due to the emissions and other regulations with BS6.

The 373cc engine will continue on the 2019 Bajaj Dominar 400. The six-speed gearbox will also be the same. There is a slipper clutch on the bike as well. The power has increased but those figures will never eat into the class-leading KTM Duke 390. There is a change in the way power is delivered and there will be an ECU remap which will allow for higher top speed and better fuel mileage. The bike will also come with ABS as standard and the bike will now get USD forks which will improve ergonomics more. The vibration that was present in the first lot of the bikes, beyond 5000 rpm, has been eased out now. The Dominar 400 2019 will be even smoother. There is continuous development happening on its engine to make it more refined. This is a suitable bike for touring.

The Dominar 400 2019 will be a fuel efficient bike. A bike of this capacity offering a mileage of about 35 km/l in the city, it pretty good. On the highway, it will return about 40 km/l. The current bike we have tested and seen does not give great mileage. This problem will be rectified on the new bike.

The 2019 Bajaj Dominar 400 will see no change in design. This aspect will remain unchanged. The power cruiser design is finding more acceptance now. The Dominar is a good looking motorcycle. It has a good street presence. The Dominar 400 2019 will weigh about 182 kilograms. Those looking a for a comfortable cruising bike will find the 2019 Bajaj Dominar 400 suitable. The fully digital instrument cluster will remain. It will have a speedo, tach, trip meters, fuel gauge and also a digital clock. Another display has been added to the tank where there is a gear indicator too. The Dominar 400 2019 will not have any direct competition. The closest rival is the Royal Enfield Thunderbird 350 and 500. The Dominar is often pitched against this bike. Other bikes that compete somewhat are the Mahindra Mojo and KTM Duke 390. The BMW G310R will also compete with the Dominar 400 2019. 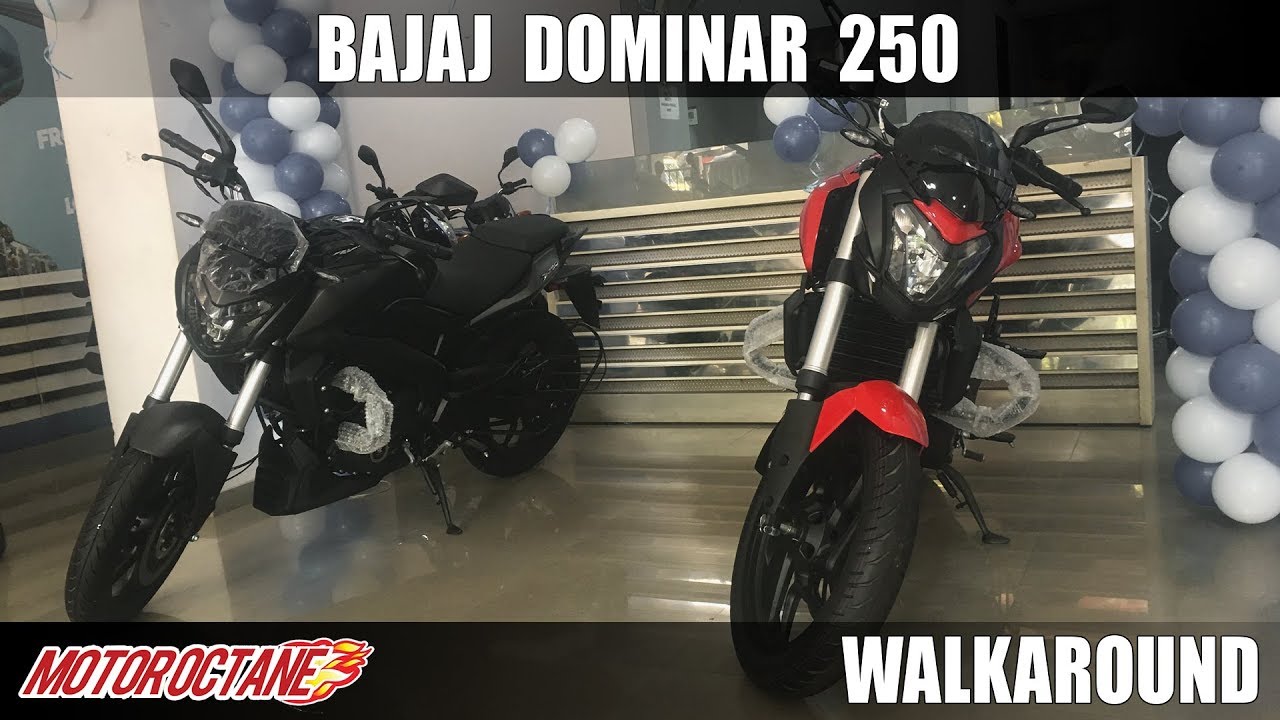