The Royal Enfield Himalayan has been the one of the most awaited motorcycles from the time it was announced. This has been an all-new product launch for the company after the Continental GT, since 2013. The Himalayan is made on an all-new chassis and is powered by a new 411cc engine. We ride the Himalayan in various conditions, including city, highway and off-road to bring to you what this bike is made of. 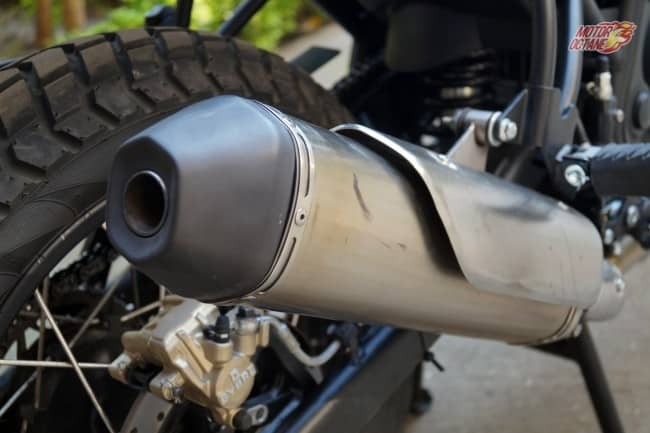 One thing that I would like to mention is that the branding on the bike could’ve been better. For instance, the Himalayan logo, though quite artistic, fails to get read by most people. The only readable branding is that of ‘Royal Enfield’, near the tank. In my opinion, RE should’ve done away with the main branding as Royal Enfield. Most people (except enthusiasts who know about the bike) think it to be a modified ‘Bullet’ and many asked me too, until I had to specifically tell them that this is not a Bullet but a brand new bike called Himalayan. So, the purpose of creating a new image by Royal Enfield is majorly defeated here.

The heart of the Himalayan is an all-new 411cc air-cooled, four-stroke, overhead camshaft unit that develops 24.5bhp of power @6500rpm and a torque of 32Nm @4000-4500rpm.  This is engine is called LS410, where LS stands for Long Stroke. The engine is tuned to offer good low end torque that help in pottering around with the bike in the city as well as offering decent thrust ones needs on the highway, especially while overtaking. There is enough usable power at lower rpms. Don’t expect the bike to shoot off when you wring the throttle. The Himalayan has a laid back acceleration but offers a seamless delivery of torque. This kind of delivery is very helpful while off-roading. It is nevertheless a decent cruiser. The engine is mated to a five-speed constant mesh gearbox. Its not the smoothest and we found it a bit coarse during shifts. The engine features an overhead cam that has a good spread of torque across the power band, offering good a mid-range alone with low-end torque and a high-end torque for comfortable cruising. The engine has a three-piece construction shaft with a counter balancer and fewer moving parts reduce vibrations and make the ride experience smooth. There is an external cooling system for the crankcase oil that helps in controlling engine temperature. It also reduces wear and tear and and improves performance. This is the most impressive part of the Himalayan. The saddle height is actually quite accessible and easy to mount on. Even short riders will have no problems keeping their feet firmly on the ground while being seated on the bike. The telescopic forks with 200 mm travel and the rear monoshock do a great job in providing a comfortable ride. It also behave well on bad roads, soaking undulations and potholes with ease. The high ground clearance of 220mm can tackle most obstacles and gives a lot of confidence to the rider. The front 21-inch wheels and rear 17-inch wheels give it a stance of an off-roader and also perform like one. The dual purpose tyres further help in very good traction and ability to tackle multiple terrains with ease. The seat is very comfortable, both for rider and pillion. I would’ve preferred the fuel tank to be a bit wider so as to provide a better grip by the knees. 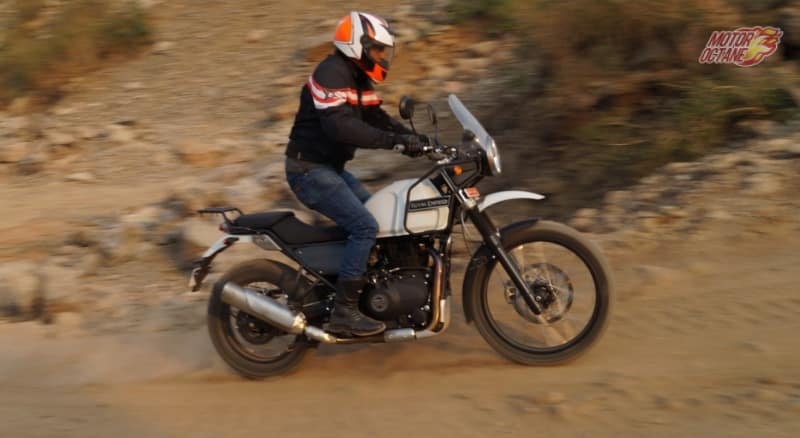 The Himalayan is a no-nonsense bike. It is built for a purpose and it rightly delivers in those areas. The Himalayan may not be the bike for you if you love to be the first to zip off a traffic signal. Neither is the bike a great looker, if you are looking for beauty. However, if you are an adventurous person and love to try out new places or tours, then the Himalayan makes for a suitable companion. Yes, it does feel wanting in a few areas like gearshifts, lack of ABS and falls a little short on top-end performance, but when you look at the price tag, it makes very good sense. The Himalayan is a unique product in the country and it is mainly targeted at newcomers to the adventure biking world. A good product to make the community grow. Given its maneuverability, even for city this is an ideal bike. If you want a Royal Enfield, but something that is fresh yet affordable, the Himalayan ticks the right boxes. 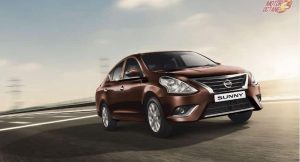 The caaaaaaaarrrrrrrrrr has become more affordable now! The Nissan Sunny 2017 is now available at a starting price of INR 7.6 lakhs, on-road, Delhi.This is one of the favorite chauffeur driven cars a... 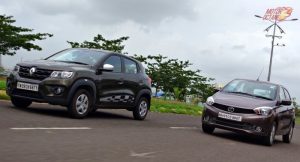 The hatchback segment has seen a major growth. There are so many cars that overlap from different segments and have similar pricing. This is what makes buyers consider them too. The confusion to buy a... 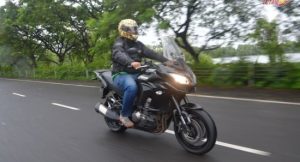 Indian bikers have been seeking a lot attention lately. Now, bike manufacturers are now opening up their international product range to them and the amount of imported bikes available these days is un...