Crossovers are the talk of the town and every manufacturer is trying to enter this arena. Honda is introducing the WRV shortly in a segment which has by and large been dominated by the Hyundai i20 Active. This is the first time that Honda will be coming out with a product like this. The WRV is a direct competitor to the i20 Active. How do they compare against each other? Let us see in the Honda WRV vs Hyundai i20 Active comparison. The WRV is based on the Honda Jazz . It follows the same design language. The WRV is  essentially a raised version of the Jazz. It will have a higher ground clearance and will also get body cladding.The WRV looks rugged and muscular.  The aggressive front grille makes it look beefy. It will also have roof rips to make it look like a SUV. The Hyundai i20 Active is based on the i20 Elite hatchback. This too gets raised proportions and body cladding with roof rails. The Hyundai i20 Active retains similar front styling to the Elite i20, with a similar headlamp design and narrow front grille however it also gets the array of LEDs in it.

The WRV looks more beefy and contemporary as compared to the i20 Active. The dashboard of the WRV is similar to the Jazz. The WRV interiors are sporty and are black in colour. There is an instrument cluster with three dials, one for speedometer, one for tachometer and the third will be a driver information system. The major features on the WRV will be keyless entry, push start and stop, touchscreen infotainment system, cruise control, dual airbags and even ABS. The interiors of the i20 aren’t much different from the Elite i20. The quality of the materials used is first-rate and the best in its segment. The orange and black interiors look trendy, however black interiors would look better. The i20 Active gets an in-built music system with steering mounted audio controls, with Bluetooth connectivity, aux and USB connections. Both cars are spacious and can seat 5 adults easily. 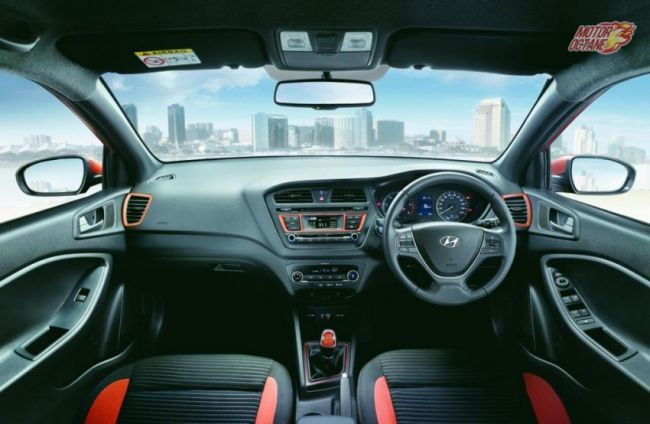 The Honda WRV will return 12-17 km/l for petrol and 18-25 km/l for diesel. Both engines are expected to be frugal, just like the Jazz. The Hyundai i20 Active petrol returns around 11-15 km/l and the diesel around 14-20 km/l. The WRV will have a slight edge over the i20 Active, in terms of mileage.

Honda WRV vs Hyundai i20 Active Ride and Handling

Both cars have a decent ride and handling package. As they are crossovers the ground clearance will be high enough. In terms of ride comfort, both will have a stiffer suspension setup than their hatch counterparts. The WRV will have better steering response as compared to the i20 Active. In terms of rear seat comfort, both vehicles are expected to be at par.