Tamo Futuro will be an all new two-door sports car that will be revealed by Tata Motors at the Geneva Motor Show. This new vehicle will be Tamo’s first offering. Tamo is a new sub-brand for Tata Motors that will be working towards getting new concepts. The brand will be working towards souping up the existing Tata cars and this will be the company’s AMG division like sub-brand. Tata Motors has always been showcasing products like these that are performance oriented. Be it the Indica eV2 or the Nano. Tamo Futuro will be a mid-engine sports that will be revealed on 7th of March. Need more details? Read further.

The TaMo Futuro concept shall be revealed next month, however we reckon the production version could be showcased at the 2018 Auto Expo and the launch should happen by mid or late 2018. The unveil will happen on 7th of March at the Geneva Motor Show. 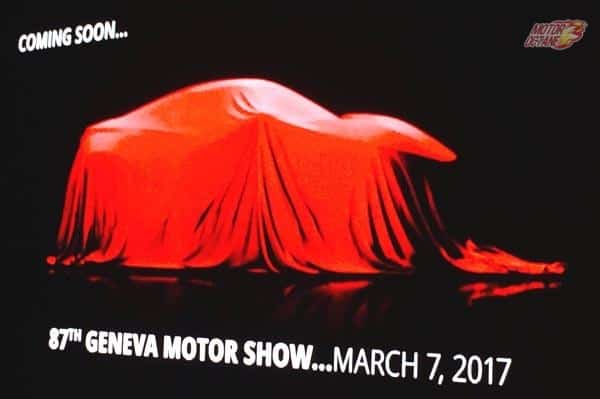 TaMo Futuro will be coming with a 1.2-litre Revotron petrol engine. This will be a turbo-charged petrol engine that will be churning about 180 horses and this will come as rear-wheel drive maybe. The vehicle will just weigh about 800 kilograms and this will boost the performance. The engine is small but the body weight is also low. So, this will mean better performance and efficiency too. TaMo will be ensuring affordability, low cost of running and even maintaining.

Also Read: Tesla Coming to India – All the Details

It is a bit early to come to any conclusions. Tata Motors has previous shown a sports car concept too. In 2000, the company had showcased the Aria roadster and the following year the coupe version followed. The company is serious this time to get a sports car and make it into production at the earliest.This time around the challenge is to keep the weight low on this sports car. This sports car has been built in-house without any support from the outside. The chassis doesn’t consist of any of the elements like carbon-fibre, which will increase the pricing further.  The Hexa, which was showcased in 2015 Geneva Motor Show has been launched finally. The company had started the promotions by mid 2016.

The design of this new sportscar will be something like the Vauxhall VX220. Tata Motors will limit the production number of the TaMo Futuro to only 250 units. As per the company statement, the TaMo’s description is something like, “An agile, ring-fenced vertical operating in an incubating environment towards new technologies, business models and partnerships.” The TaMo sub-brand will be low volume, low investment brand that will be fast pacing technology and converting them into concepts and production models.