The RE Himalayan gets a halogen reflector setup. It is a big and high mounted light but has its limitations. It serves well in fog but the throw of the light is not that great. Adding a auxiliary light on this bike makes for a perfect setup for visibility. Also, the front guard around the headlight serves well as a mounting point for these lights. 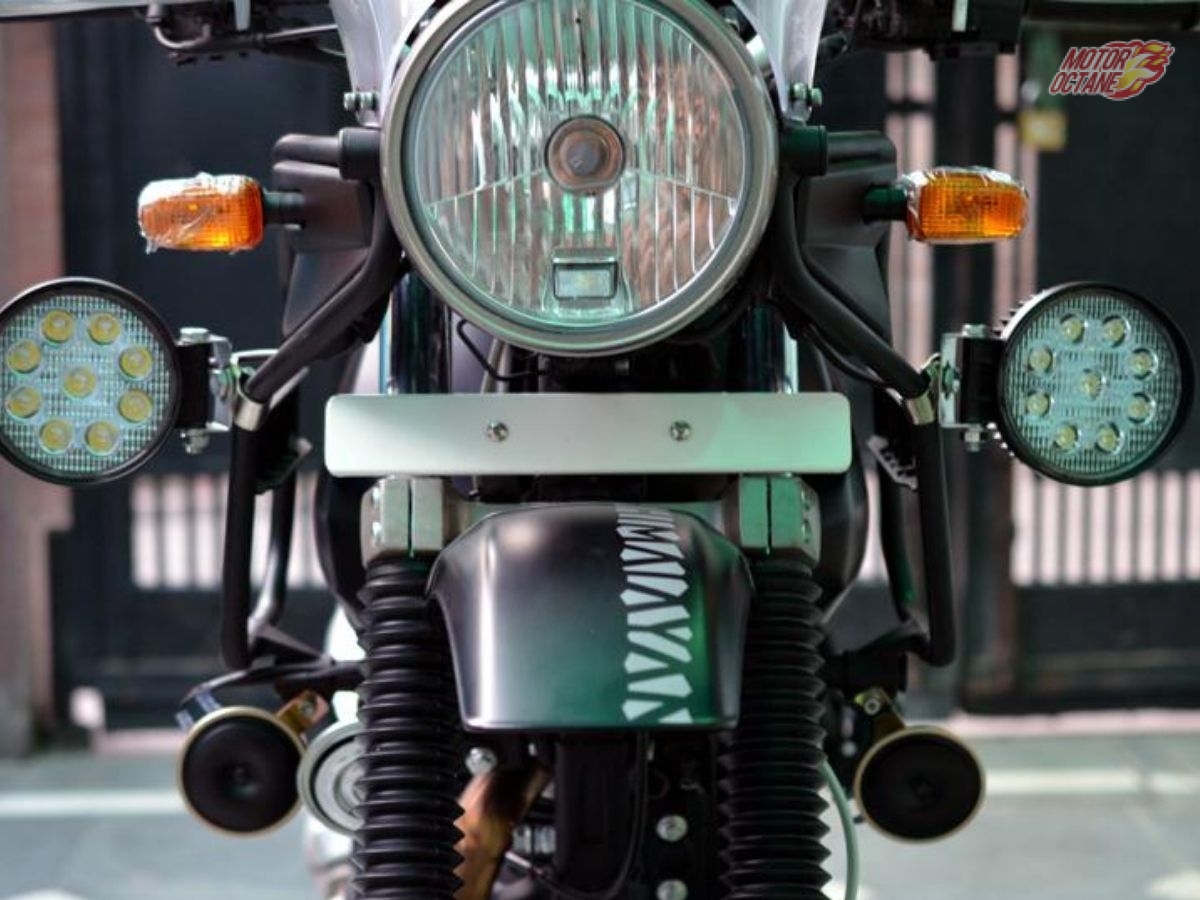 Also, make sure that you get a wire mesh cage to protect your light if you are taking them on trails. Keep a switch for these lights as you have limitations using them in the city. 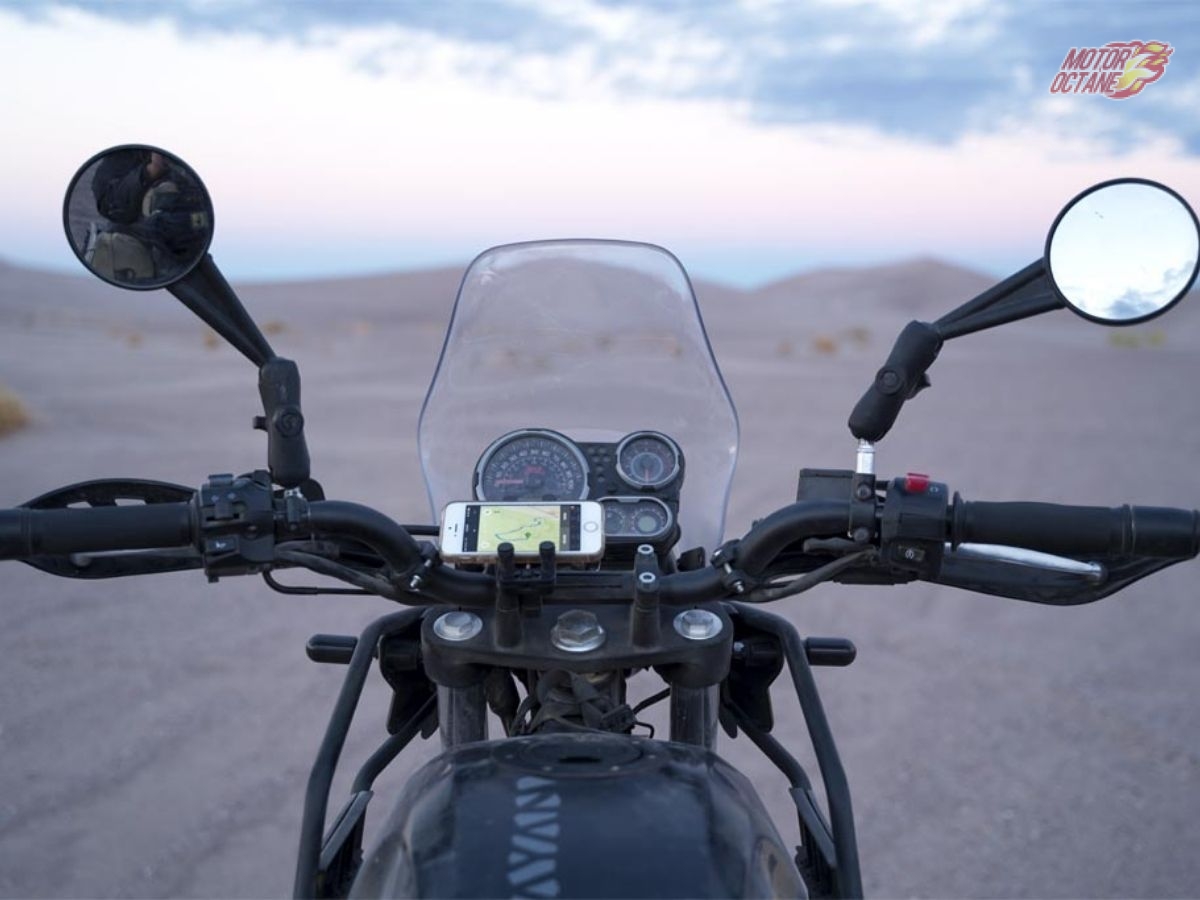 The mirrors on the RE Himalayan that come with the stock motorcycle are a bit small and have difficult adjustment. Getting aftermarket mirrors is going to help a lot. Especially on the highway where you might need mirrors that have no vibrations at high speeds. Technically mirrors are not Royal Enfield Himalayan modifications but they should be one of the first things that one should change on the Himalayan.

Although now the Royal Enfield Himalayan gets a tripper it still does not get a charging socket. The company could have made the dash looks symmetrical by adding a charging socket on the opposite side of the tripper. 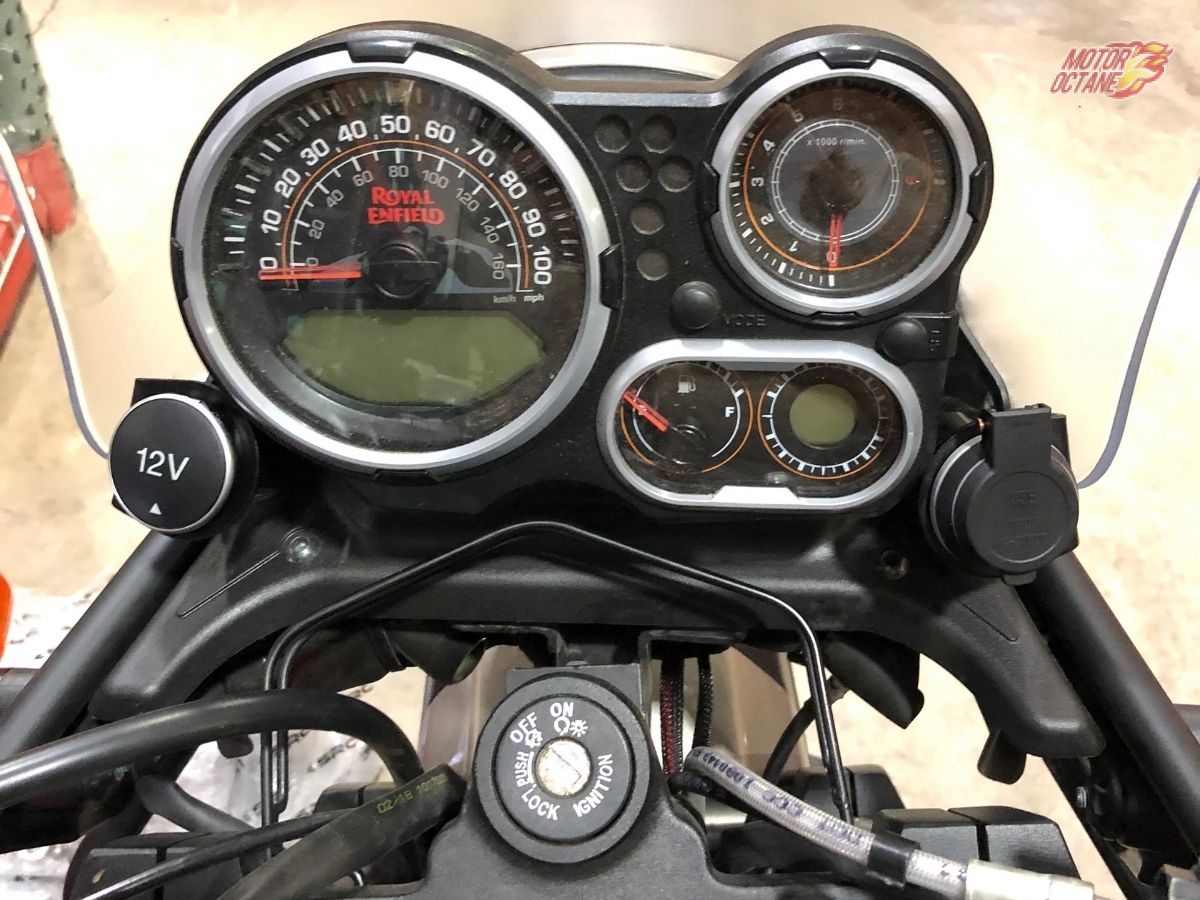 As you can see above the charging socket is added on both ends. This is not possible on the newer Himalayan.

Should you buy Maruti Ignis over Tata Tiago? 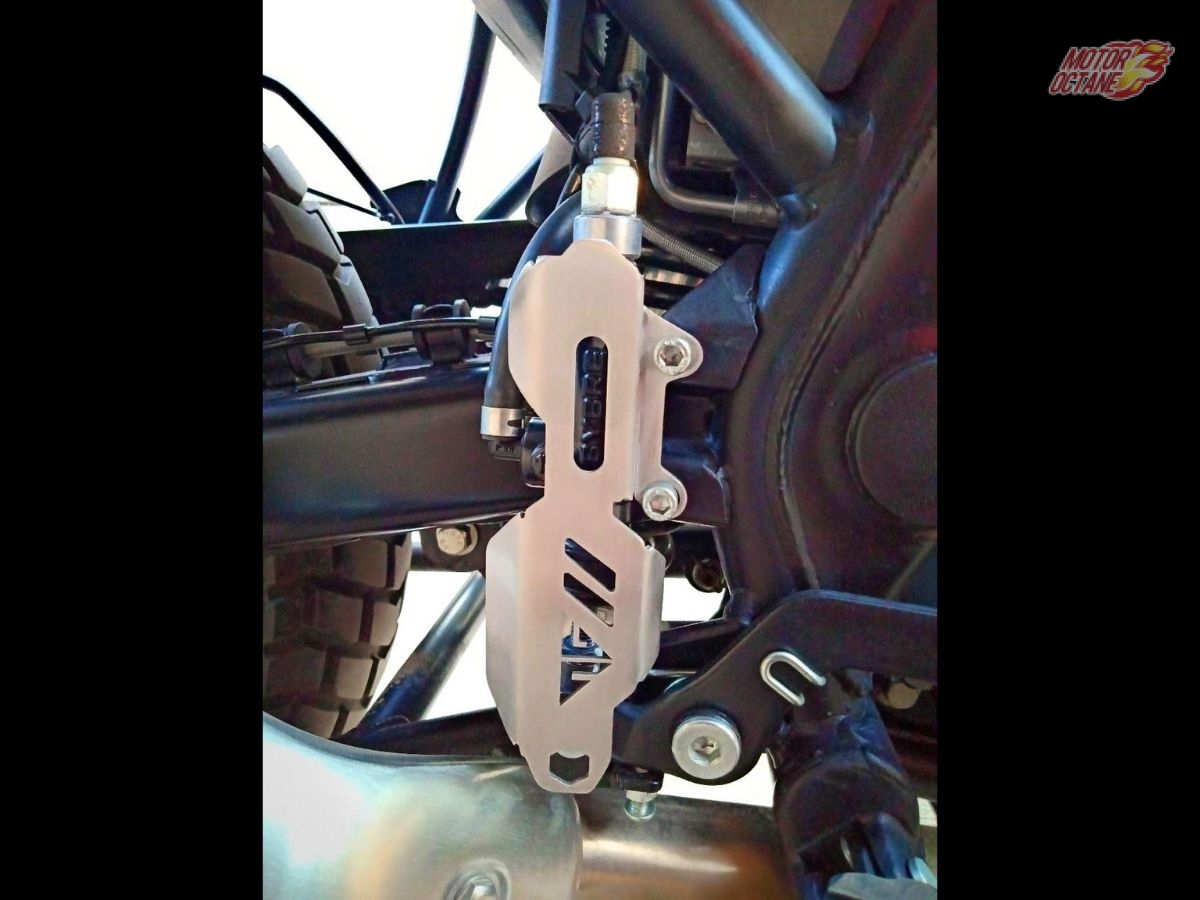 As the Royal Enfield Himalayan is an adventure bike it will undergo a lot of thrashing. The master cylinder for the rear disc brake is placed in one such place where it might see some damage. Adding a protector to it will save a lot of repair work if anything hits against it.

You don’t realize the need for this part on a bike until you collide with something. This does add some weight to the handlebar but along with the weight comes protection. The ones that you get from Royal Enfield are quite good but they do not have a secondary point to hold on to. There is a metal holder which has a plastic mounting that keeps your hands safe. 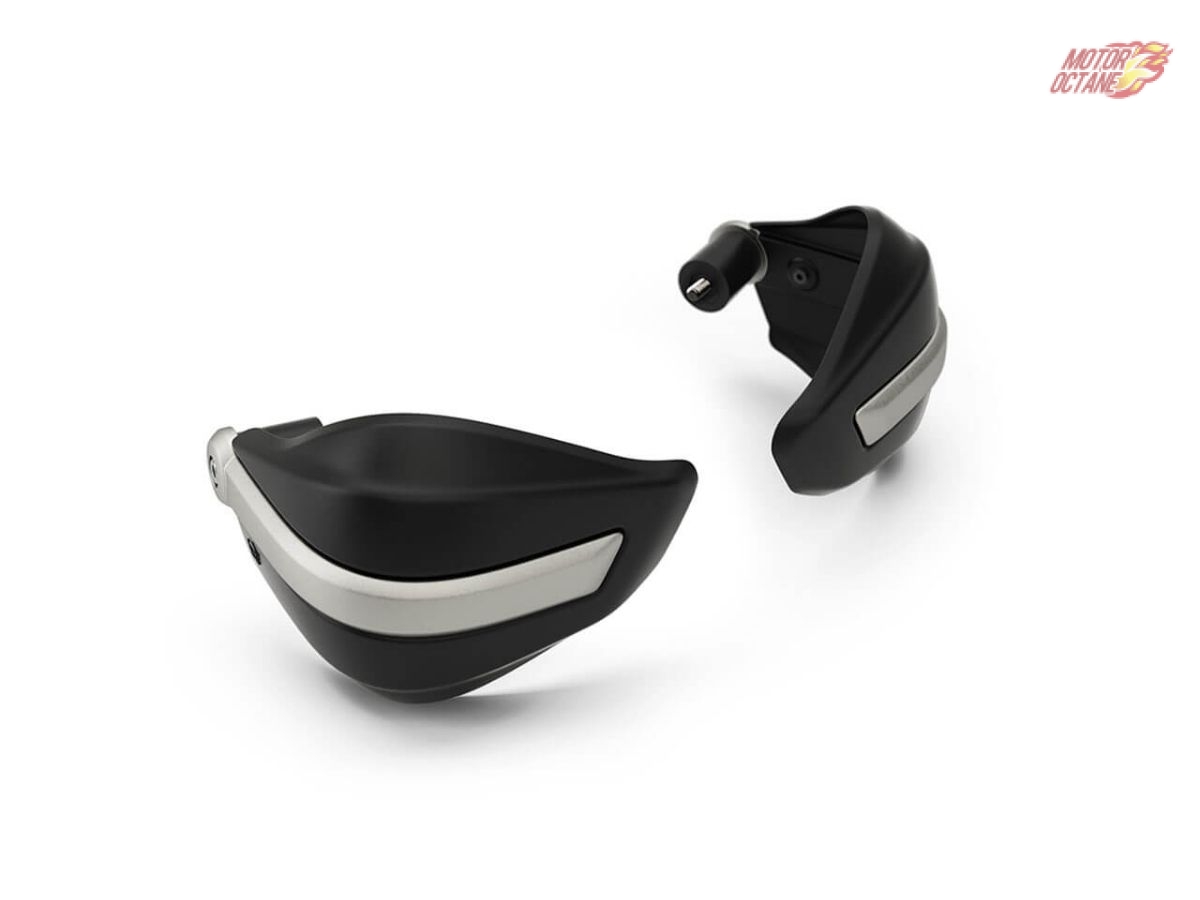