Mahindra XUV500 and the Hyundai Alcazar are the most talked about 7 seaters in the market currently. Although a lot of information about these cars is speculative we are going to compare them. This will be based on the things that are known and also on the features that we expect depending up on their brands. Here is all you need to know about Hyundai Alcazar vs Mahindra XUV500. Firstly the Hyundai Alcazar might use the same platfrom as the Hyundia Creta. It will have an extended overhang and that will result in more space for the third row. As of now the Hyundai Creta gets a lot of boot space. This in the Alcazar will be compromised as offering both is difficult. The Mahindra XUV500 was a 7 seater since its start and the platform has been developed for a 7 seater. In those ways the XUV500 will not feel like an after thought. The Ssangyong Platform will receive changes to improve the handling and ride. Also we are expecting high safety from this platfrom as the XUV300 is the safest car in India.

The Engine on the Hyundai Creta will make its way to the Hyundai Alcazar. The 1.5-litre diesel and petrol seem sufficient but the weight of the car will dictate the way it feels to the driver. A considerable change in driving dynamics is not expected as the Hyundai Creta comes with an electronic steering which leaves room for software tweaking The most interesting part will be where the Turbo petrol is offered. Firstly will this car get turbo petrol? If yes then would the 1.4-litre be sufficient? We expect Hyundai to keep everything same and just alter with the internals to increase the torque band. This might lead to some power loss but the wider torque might result in better pulling power. With the Mahindra XUV500 the SUV will have  a diesel as well as petrol engine this time. The is expected to get same engines as the Mahindra Thar. These too like the Hyundai Alcazar engine will undergo some change in state of tune which will result in more power and torque.

Commenting on the power figures of the engine is too early and waiting for the company to announce justifies.

The Hyundai Alcazar and XUV500 both will get captain seats. As of now the Hyundai Alcazar has been spotted with this captain seat layout. Hyundai is taking a different approach with a fixed central unit between the seats. The third row is ought to get AC vents. Now the placement might be different on each of these vehicles. The Hyundai Alcazar is to get ventilated seats but we can not say the same about Mahindra XUV500. Also the Mahindra XUV500 will get ADAS but that might be limited to the top most variant. ADAS if paired along with the connected car tech will become a very unique feature.

Hyundai Blue Link is much more feature loaded than the Blue Sense Plus that is offered on the Mahindra XUV500. Both of these will have a sim car integration in the vehicle which will make these independent of a connection source. Geo Fencing, Remote locking, Engine Startup and other connected car tech will be available through these apps. Lastly if we come to the price of these vehicles, there will be a clear difference. The XUV500 will be expensive and the Hyundai Alcazar is expected to undercut it drastically. But the Mahindra XUV500 ADAS and other features like the engine will make it worth the extra cost.

We will keep you updated on the Upcoming Car News. Join our WhatsApp Alert list by sending a Hi @ 7738660455. For more such content stay subscribed to the Motoroctane Youtube, Google NEWS, Facebook and Twitter. We also have a paid car consultancy service for all your doubts – Know more before one of your largest investment. 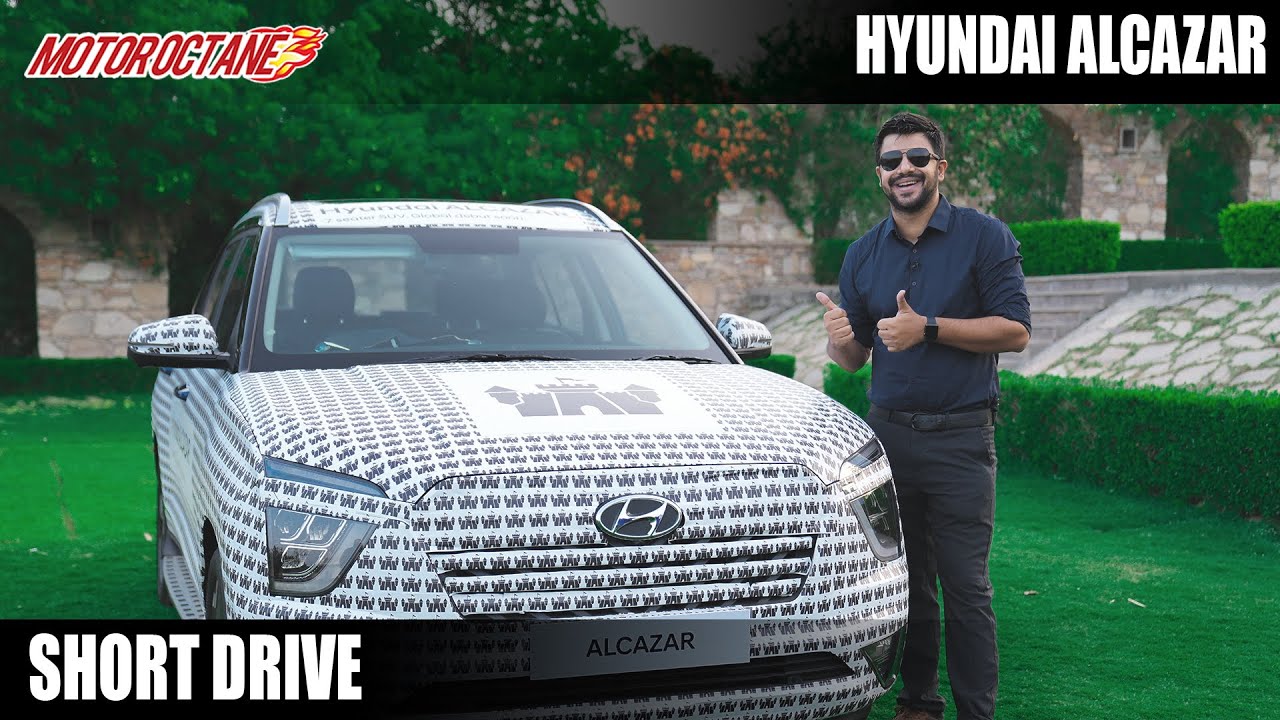