Home Bike-News Stunts on Social Media might cost you Pulling off Stunts for Social media might gain you a couple of followers but it might also put an FIR against you. Stunts on bike require skill, no doubt but with that comes the responsibility to not perform them on public roads. In the last few months, police officials have arrested a few miscreants through social media. 5 people in Delhi were arrested from a group of bikers who were performing stunts on the busy road of Delhi. To be specific these stunts were caught on camera while being performed. The tweet that led Delhi police to arrest these bikers is pinned below.

The video includes a few bikers performing wheelies and no handers while wearing no gear. To add to that they were performing these stunts on busy public roads which not only puts them in danger but also other bypassers. Also, the police added that they were not wearing masks which added to their list of offences. Deputy Commissioner of Police (East) Jasmeet Singh, tweeted “ The bikers have been identified. Legal action is being taken by the Shakurpur police station.” 5 of these bikers were arrested for rash driving under the Motor Vehicle Act. Bike riders in Delhi are facing a severe lashback due to such incidents. Due to such irresponsible behaviour of some of the bikers the whole biking community gets a bad tag. So if you ride a bike, ride responsible and wear proper riding gear all times. Also if a cop tries to stop you they do cooperate with them. If you haven’t broken any rules and have your bike papers and licence clear then no cop can stop you. Police had similarly arrested one more such biker who had personally posted his video of the Yamaha R1 doing dangerously high speeds on public roads. 300 km/h in a controlled environment is also dangerous.

This video made viral by the rider.. going at a dangerous speed of almost 300 kmph at Ecity flyover putting his own & others life at risk..CCB traced the rider & seized bike Yamaha 1000 CC.. handed over to traffic.. #drivesafe.. @CPBlr @BlrCityPolice pic.twitter.com/RoC6csoR38

Lastly, we would like to request all members of the MotorOctane family who ride a bike, to ride it safely and responsibly. Do not take pride if you have evaded cops by speeding. Respect traffic rules and make yourself an example to look upto in the riding community. For more such content stay subscribed to the Motoroctane Youtube, Google NEWS, Facebook and Twitter. 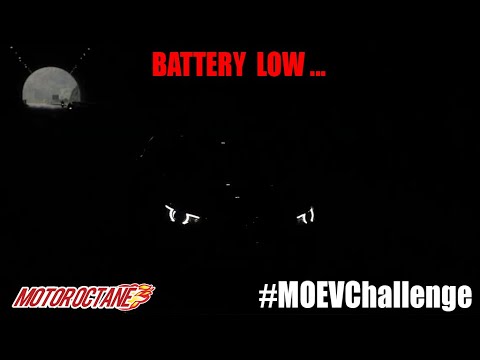