The Tata Gravitas is one of the most awaited launches by Tata this year. The car is the second one to come out of the Omega platform from the company. It was basically said to be a seven-seater Harrier. But when it was showcased in the Auto Expo, the design had a lot of changes as compared to the Harrier. Apart from the different design, it will also get a lot of creature comforts and features to justify the added price.  Find out more about these below.

Like the Harrier, it gets premium interiors with an 8.8-inch infotainment system that has Android Auto and Apple Carplay, AC vents. The driver seat is electrically adjustable. The Gravitas also gets a beige colour option inside. It also gets ambient lighting and a nine-speaker JBL system. On the second row, you get a recline as well as push-pull function. It gets an auto-dimming IRVM as well. The car also gets an auto-hold feature as well as an electronic parking brake. It also gets better headroom than the Harrier. The car could be made available as both a six or a seven-seater car. The six-seater version gets captain seats for the second row. This adds added comfort to the car as well. Captain seats are much more comfortable than a bench type seating for long journeys. The car also gets better leg-room for the second-row seats. The third-row seats also get a surprising amount of legroom. It is a comfortable place to sit in with features like cup-holders, USB slots and dedicated AC vents as well.

The car gets LED DRLs on the front that also doubles as indicators. It gets chrome elements on the grille as well along with chrome around the headlights. From the side, it gets larger 18-inch wheels and different wheel design. You get a chrome strip below the windows as well as chrome on the door handles. It also gets a bigger rear spoiler. The car also gets larger windows to make the car feel roomy.

Meanwhile, Tata is also working on the HBX concept model that it had showcased in the Auto Expo. This will be a micro-SUV from Tata. The Gravitas will compete against other seven-seaters in the segment. The upcoming MG Hector plus and the Jeep Grand Compass will also go up against the Tata Gravitas. The Harrier will be priced around Rs 18-20 lakhs (ex-showroom). 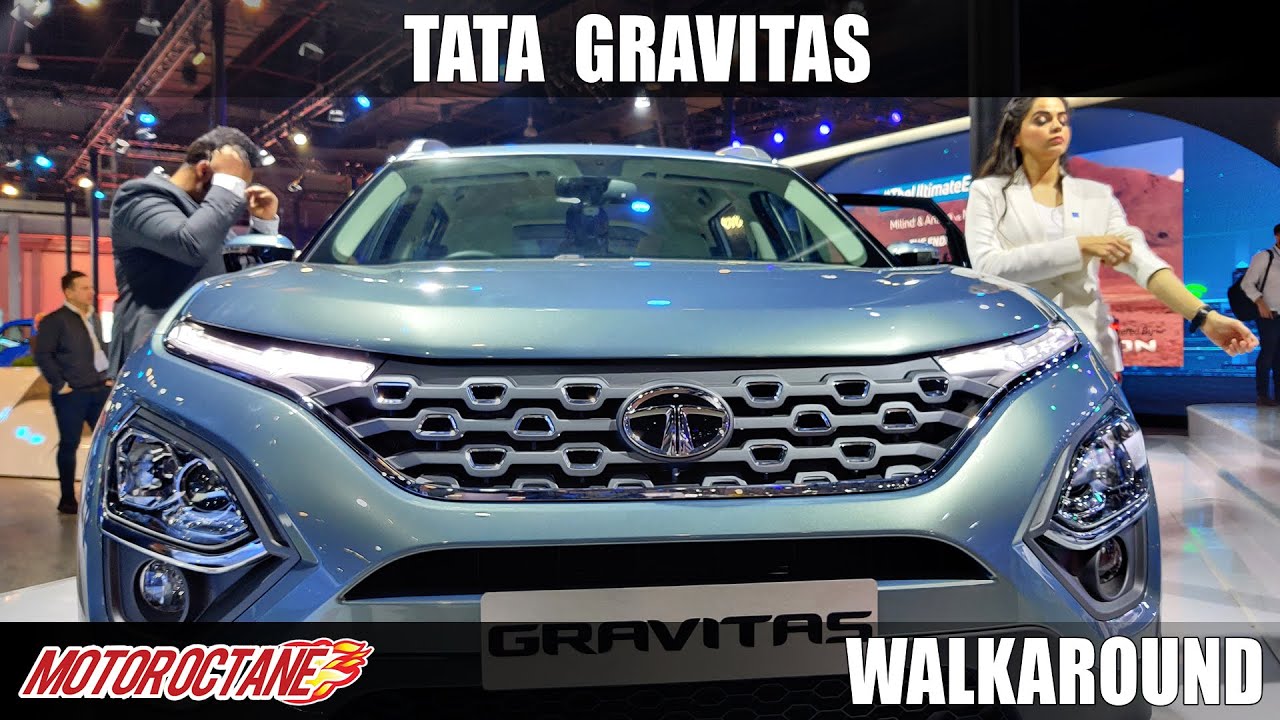