The Ford EcoSport is the original sub-compact SUV that was introduced in the market by Ford. The car got a completely new design and also some new modern features. It brought in a new segment in the market that would become very popular in the coming years and many new cars would be launched in this segment. The car has since become iconic but even after getting a lot of competition from other manufacturers, it has remained as the go-to car for enthusiasts. We discover why it is so popular among enthusiast.

The Ford EcoSport has one of the peppiest engines in the market. The choice of the enthusiasts is the 1.5 litre petrol that produces 121 bhp and 150Nm of torque. This engine coupled with the easy to use manual gearbox has become a favorite among buyers. It gets the option of a six speed automatic as well. It also gets a diesel that produces 98bhp and 215 Nm of torque and it claims to give 21.7 km/l. 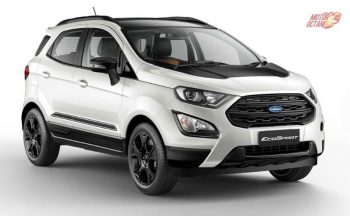 Ford is known to have well-engineered cars and the EcoSport is a pioneer of that. It had an amazing suspension that was tuned to be on the stiffer side. While this could sometimes be a problem on bumpy roads it showed its benefits in terms of high-speed stability and also when you would corner the car. The steering of the Ford Ecosport is also very nimble and the car is easy to place. Since the car was so small in its length and it does not have huge overhangs, the weight distribution works in its favor and the car can take on corners pretty well. 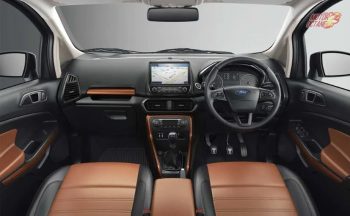 The Ford EcoSport has been priced really competitively at Rs 8 lakhs(ex-showroom). This along with the great build quality of the car makes it a practical buy for the enthusiasts as well. Therefore enthusiasts do not have to worry about losing practicality when looking for performance. The interiors of the car are also well thought out and give a premium feel.

All this is clearly been reflecting on it’s sales as the EcoSport has been one of the best selling products for Ford even after the introduction of so many cars in its segment such as the Tata Nexon and the Hyundai Venue that have been launched after the EcoSport. Check out our review on the EcoSport facelift below: