The Maruti Dzire has been launched recently. We pit it against another hot selling Maruti which is the Vitara Brezza. Yes, thought the Brezza is a compact SUV as opposed to the Dzire which is a compact sedan, they both fall more or less in a similar price bracket. So if you wanna buy amongst the two, which one should you opt for? Let’s find out in the Maruti Vitara Brezza vs Maruti Dzire comparison.

The new Maruti DZire is a compact sedan and has undergone some major changes. It gets a new platform. The new platform is modular and is easily flexible. The boot seems better integrated now. The car looks proportionate and much more attractive than before. 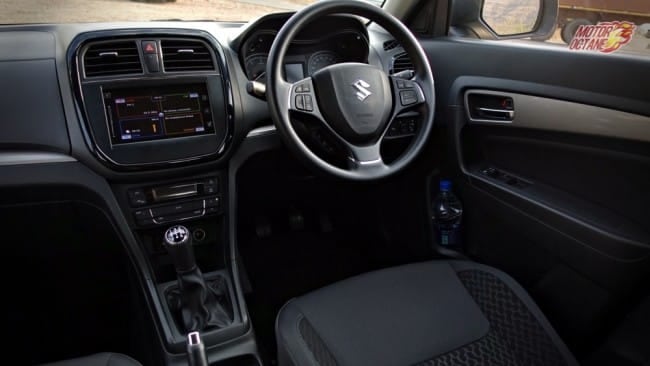 Maruti Vitara Brezza has neat interiors. The interiors have an all black theme. They are not flashy but subtle. The rear legroom and boot space is good too. The seating position is high and you get a commanding view of the road ahead, in a typical SUV fashion.

The black and beige dash board looks stylish and offers good fit and finish. The quality of the materials used on the inside are better than before. The fit and finish of the interior is good.

This is one are where there is a significant difference between both vehicles. In terms of space, the Vitara Brezza is of course more spacious. It offers a generous front and rear legroom. and three people can sit in comfortably at the rear. The Brezza is wider hence it feels more spacious with more headroom too, as it is taller.

The Dzire is now more spacious than the earlier model. There is an increase in the shoulder room as the car’s width has been increased.There is more than sufficient width for three people to now sit at the back. The rear seat offers good enough support for tall people, although we wish there was a bit more thigh support at the rear. The front seats are large and spacious. There is more than sufficient space for the front passengers.

The Maruti Dzire is a feature loaded car. The top end Z variant gets engine push start and stop, smart key for keyless entry, automatic climate control, electrically folding mirrors and driver’s side window auto up and down.

The Maruti Vitara Brezza comes with a 1.3-litre diesel that churns out 74bhp of power. There is no petrol option yet, but is expected soon. The Vitara Brezza will also get an AMT soon. Both diesel engines in these cars are same and have good power and driveability. The new DZire still has the same 1.2-litre K-series, four-cylinder engine that churns about 83bhp of power and 115Nm of peak torque. There is more than sufficient power in this engine to drive in comfort and overtake as well. The AMT on this engine is amazing as there is minimal lag and it is responsive. Maruti Vitara Brezza vs Maruti Dzire – Which one should you buy?

The Maruti Dzire is the latest car in this segment and comes loaded with more number of features as compared to its older model. With a fresh new look and architecture it is a much improved car too. If you commute is mainly in the city and you wanna opt for a petrol car, the choice is undoubtedly the Maruti Dzire.

If you want a diesel vehicle then you need to see whether you prefer an SUV kind of styling, which offers more space and can tackle bad roads better. Also if you do frequent highway runs, then the Vitara Brezza would make more sense. But if you want a diesel car which you would be using mainly in the city and also have more number of features along with an AMT, then it is the Dzire you should be looking at. 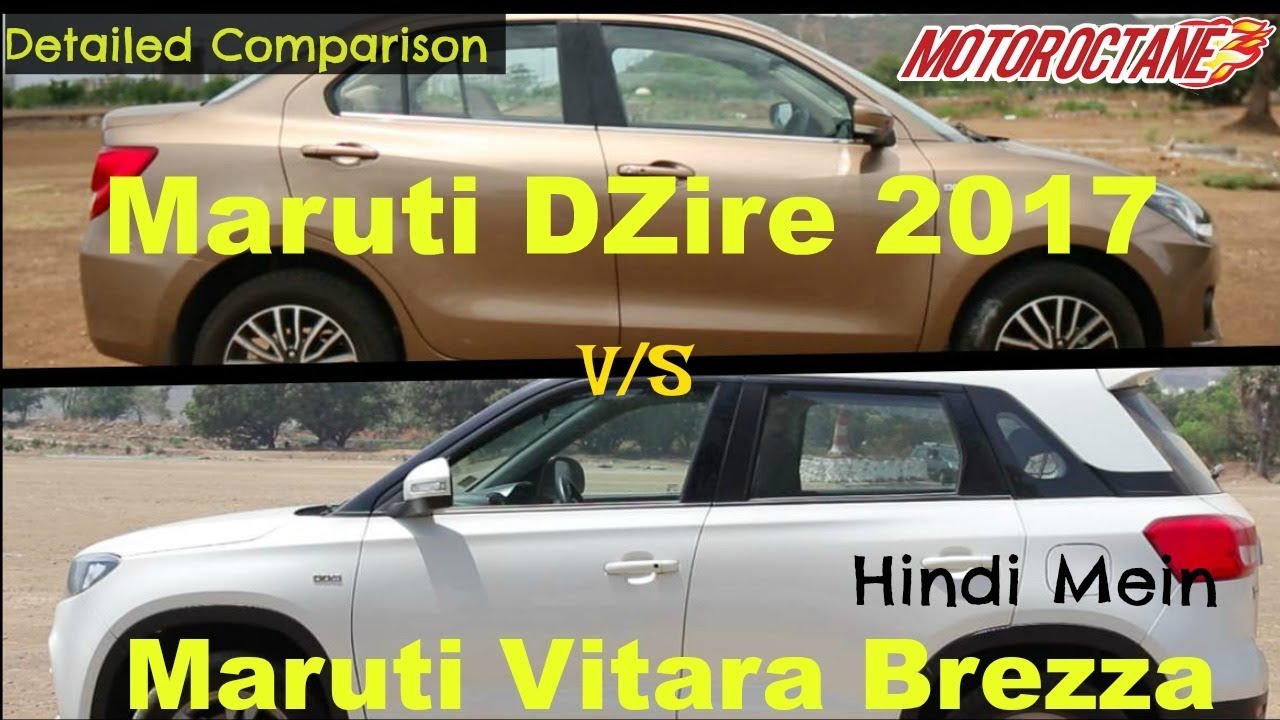