The Tata Harrier was launched at Rs 12.69 lakhs (Ex-showroom). There is one thing that will set this car apart for the rest of the Tata line-up is that it will be the most premium car to be sold by Tata and it will also be the safest car to be sold. This will specifically make the Tata suitable for international markets like Europe. Tata wants to make a dent in the international market. With the Harrier, Tata is now looking to enter the premium SUV segment where it will a car with a Land Rover platform and technology offered at a third of a Land Rover products price.

The car will be a very cool and interesting choice to consider over the Hyundai Creta or Nissan Kicks. The cars variant break up has also been revealed. The Harrier will receive 4 more variants in its 1st year or 2 years into its debut. We will see the XMA, XZA and XZ Plus and XZ Plus Automatic variants being offered by Tata. Check out the variant break down below now.

Also, we would like to keep you updated on when this car which we have driven and reviewed. The official booking of the Tata Harrier has just begun. With a booking amount of Rs 30,000. The car can be booked on the company website itself. The car will soon be offered with a petrol engine too. The current car is only offered with a diesel mill. The petrol variant will be a good option for city dwellers and a cheaper car to own. The Tata Harrier will also be given an automatic gearbox with the update. The petrol variant will make the car a very good alternative to the petrol Hyundai Creta. Also, the latest with this car is that it could soon be made available with 4×4. Why do we think that is possible? Find out below in the variants section.

What will Tata Harrier be like? Will it trample its competition? Read further to know more. There will be a seven-seater version too. There shall be a 2.0-litre diesel engine on the seven-seater version, which will be the same Fiat-sourced unit, also seen on Jeep Compass. This will be coming in with six-speed manual and automatic transmissions. A 4WD option is also expected to be offered. The Harrier has been priced very aggressively. The Harrier name comes from the platform it has been built on. It has been made utilizing synergies from the Land Rover team owned by Tata. This platform will also be shared with the Land Rover Discovery. The Tata Harrier is a stylish SUV. It will compete with the Hyundai Creta and also the Mahindra XUV500. As a local product, the Harrier will have a big advantage over an offering like the Jeep Compass. The bookings for the Tata Harrier have already begun for the price of Rs30,000. There is a dedicated website for the bookings of the Harrier too.

The Tata Harrier should also be soon offered with a petrol engine that will make it cheaper for people to own. The petrol engines introduction could also see the automatic transmission be offered on the car.

When it comes to safety features, all variants of the Tata Harrier come with at least 2 airbags, with the top spec variant – XZ getting 6 airbags. The new car is also based on the Omega Arc platform that has been derived from Land Rover and features safety systems like traction control, cornering stability control, electronic stability program, roll over mitigation and hill decent control. The car will keep up with the Tata’s trend of offering the safest car in the market. This car when launched, will be the safest car available.

Some of the features available with the Tata Harrier are the following. The breakdown reveals the cars +

The Harrier will receive 4 more variants in its 1st year or 2 years into its debut. We will see the XMA, XZA and XZ Plus and XZ Plus Automatic variants being offered by Tata. XMA will be the product which will make sure the lower variant will get an automatic option. The XZA will be the current top variant with an automatic transmission, the XZ plus will be a variant which will offer more features like a sunroof plus more features and the XZ plus will, in turn, be offered as an automatic too. We will also in the later years see that the Harrier will come with 4WD.

Tata is looking to make the Harrier more versatile and more capable. It also wants to attract the hardcore off-road community that is waiting to check out and use the Land Rover derived platform. The whole 4×4 debate started with the chief designer Pratap Bose tweeting out Merry Christmas with an image of Harrier off-roading in the snow on what appear to be portal axels. See the picture below. Now we don’t know when this car might come but we can predict that Tata will want to launch the car before the 2020 Auto Expo or they might launch it along with the H7X seven-seater. The car will be more capable and will wear a different bumper and will get more accessories. It will get the same engine and the same gearbox but will not be available in the upcoming automatic variant. The car will be a very exciting variant to wait for many. People who are considering to buy the Jeep Compass or the Mahindra XUV500 which are available in 4×4 or AWD will want to wait for this. Do you want to know more about the Harrier 4×4: click here

So the newly revealed two-liter diesel, Kyrotec engine which is the same unit as found on the Jeep Compass will make 140hp and 350Nm of torque. The larger seven-seat version of the SUV that is due later will come with the 170hp version of the same engine. On the Harrier, the engine will come with a six-speed manual gearbox as standard and will also be offered with the option of a Hyundai-sourced six-speed automatic. The engine drive modes are Eco, City and SportThe Harrier engine will come with multiple drive modes that will work in conjunction with ‘Terrain Response Modes of the ESP’ which will be Wet, Normal and Rough. The Harrier will also get cruise control.

Tata Motors also says the Harrier’s engine will feature an electronically controlled variable geometry turbocharger, a low friction valve train and an advanced EGR system. The engine is being benchmarked against global standards for performance. Another characteristic of the Harrier will be its engine which will have a sports identification. Tata has been testing the car at the Kari racetrack and it has been performing well. The Tata harrier gets contemporary SUV design language. The floating roof gets a bold chrome finish with Harrier branding. The wheel arches are flared and come with protective side body cladding. The front bumper gets a dual tone look. The headlights are HID projector headlamps and the DRLs are dual function LED units with turn signal function. On the rear, the car gets 3D LED taillamps with a sporty piano black finish. The car gets simple silver 5 spoke alloy wheels with 235/65 R17 tyres. The cars outer mirror gets a projector logo.

The whole car is built OMEGA platform which is derived from the Land Rovers D8 architecture. The Land Rover Discovery Sport will be built on the same platform. The Harrier has been built keeping local conditions in mind. Tata is aiming at getting more and more global products. This car sharing its platform with the Discovery Sport is not a coincidence. The sharing of the platform will also mean that the Tata Harrier will be a very able, comfortable and versatile car of its class. Expect the Harrier to get best in class features. Tata would be looking at an onslaught in this segment and grabbing a large pie, currently enjoyed by the Hyundai Creta. The car will be a serious threat to even the Renault Captur and the Nissan Terrano.

Tata Harrier would come in six color options. These are:

The Tata Harrier will get a signature oak brown interior color scheme. the dashboard will have an Oak wood finish. The car will have a Stain Chrome pack with a lot of chrome inside the car. The dashboard will get a soft touch leather interior with anti-reflective Nappa grain top leather. the steering will be leather wrapped; so will the gear knob. The car will get an 8.8-inch Floating Island touchscreen system. The car will get 9 JBL speakers with an external Amplifier. Android Auto and Apple CarPlay with USB connectivity will be offered. The instrument cluster will be a 7-inch TFT screen where media, phone and navigation can be mirrored. Also, there will Voice Command and Bluetooth connectivity. The cars key features are –

Electrically Adjustable and Foldable Outside Mirror

The Tata Harrier’s platform details have been revealed now. The Harrier’s Omega ARC platform is based on the Land Rover D8 architecture. The platform is also seen on the Land Rover Discovery Sport and the Range Rover Evoque. The new platform with its architecture is going to be an overall better-refined car. The Omega Arc platform will be used as the base for future SUVs too. The Harrier’s ride over broken road conditions is also going to be more controlled due to optimized torsional and bending stiffness. With the D8 platform, the Tata Harrier is likely to benefit from the driving dynamics seen on Land Rovers as it will have a similar floorplan, steering gear, and an all-independent suspension. Some of the aluminum bits, however, will be replaced by more affordable steel parts to keep costs in check.

The Tata Harrier will have a quiet cabin due to the use of auxiliary isolation panels. Moreover, it will have efficiently designed crumple zones and see the extensive use of high strength steel to offer a higher level of safety. Safety is something that Tata gives priority too when it comes to the Nexon with has a four-star Global NCAP rating.

To understand the new details about the Omega platform, do check out our video on the same- 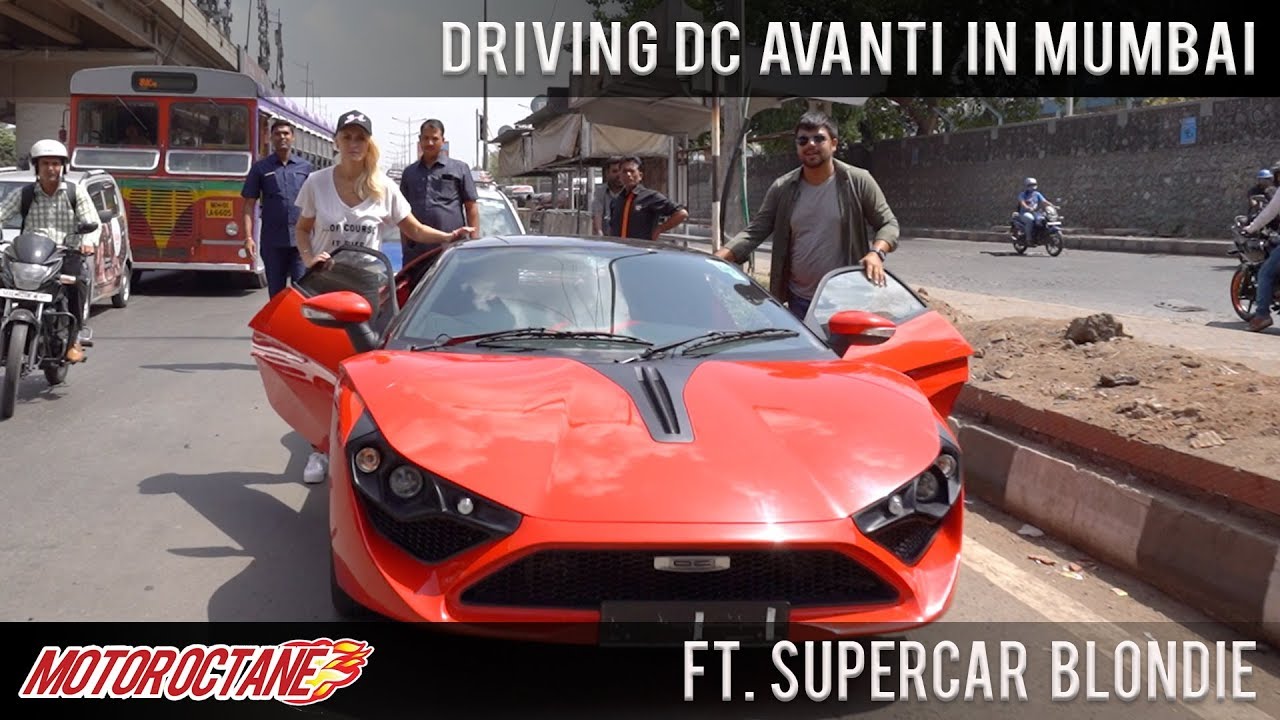