The sub-compact SUV segment in India has become so popular that every car manufacturer wants to provide a product in this segment. Before BS6, Mahindra in its attempt to enter this segment launched the XUV300. The SUV performed quite decently but was not much hyped in the market. Mahindra also did not update the car with BS6 engine showing less sales. However, things are about to change in the coming future.  Find out inside about the Mahindra TUV300 Facelift Expectations 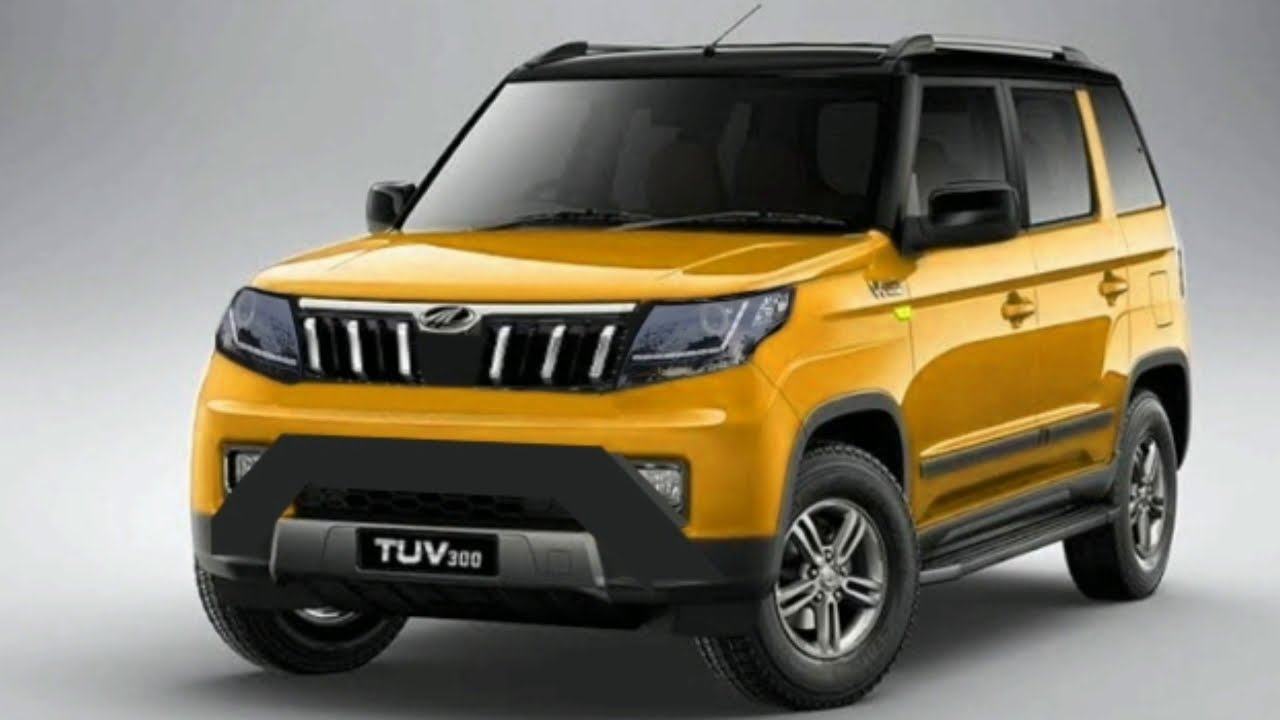 The new Mahindra XUV300 will be a different looking car compared to the last generation. The new model is expected to draw heavy inspiration from the Alturas G4.  The 2021 Mahindra TUV300 is expected to come with an updated front grille with six vertical slats, redesigned front bumper and a more angular fog lamp housing. Similarities to the old TUV300 include vertically positioned tail lamps and tailgate-mounted spare wheel which adds a rugged look to the SUV. New headlights and new LED DRL design can be expected. Mahindra will also provide a new alloy wheel design to attract new customers.

Drastic changes will not be visible on the interiors of the Mahindra TUV300. According to some rumours, we expect the interior colour to be beige and black which is the same as the BS4 Mahindra TUV300.  Power window controls are expected to be placed on the centre of the SUV.  The new Mahindra TUV300 BS6 will definitely get touchscreen infotainment system ideally 10.25-inch along with Android Auto and Apple Car Play. Some form of connected car technology can also be expected. Sunroof will also be a bonus feature, if included in the higher trims. New exterior colour options will attract customers towards this compact SUV. More about Mahindra TUV300 Facelift Expectations below. The BS4 Mahindra TUV300 Plus was only offered with a 2.2-litre Diesel engine with manual transmission. However the BS6 Mahindra TUV300 is expected to come with a 1.5-litre turbo diesel and 1.2-litre turbo petrol engine option to keep the tax fees low. We expect both the engines to get automatic transmission options in the form of 6-speed AMT. Mahindra also showcased the iSHIFT technology earlier and may release it with this car. The XUV300 already comes with similar engine options. The 1.5-litre Turbo Diesel on the XUV300 produces 115bhp and 300Nm. The 1.2-litre Turbo Petrol on the other hand produces 109bhp and 200Nm. The Mahindra TUV300 is expected to come with 7 seats so will be preferred by buyers looking for a 7-seater affordable SUV. Also, Mahindra cars historically create their own segments and cannot be compared to others.

We will keep you updated on the Upcoming Mahindra TUV300. Join our WhatsApp Alert list by sending a Hi @ 7738660455. For more such content stay subscribed to the Motoroctane Youtube, Google NEWS, Facebook and Twitter. We also have a paid car consultancy service for all your doubts – Know more before one of your largest investment