Home Advisor Why do people love Mahindra Scorpio in India? The car was launched in 2002 and still remains one of the highest-selling cars in the Indian automotive market. It has now has some sort of cult following in India now.  Various updates have kept the product fresh. Find out below why people love Mahindra Scorpio in India.

Mahindra and Mahindra were known for its bare-bones cars. They were ultra-minimal and raw like the Thar.  The SUVs made by Mahindra were purely for off-road purposes and rural India.  The Mahindra Scorpio was overlooked by experts from different countries brought to India. Tata Safari was already in the market to give it tough competition. This SUV quickly became popular among the stars and Ajay Devgan was one of the first buyers of the Indian made SUV.

The advertisement campaign helped the sales of the car immensely. Its impressive tagline, ‘Nothing else will do’ stirred the soul of many. The SUV came with a ladder on frame chassis. It was offered with a 2.6L engine with 108bhp of maximum power.  A 5-speed manual transmission was made available with the car. The Scorpio became more famous because its performance was much better than Tata Safari. Though handling and braking were some of the issues with the SUV. The Mahindra Scorpio update was launched in 2006 with two engine options. The CRDe engine was launched here.  The engine produced 115bhp of power with a sports variant also on offer.  The second engine which was a Direct injection engine was made for the fleet market.  Suspension and Springs were improved for better ride and handling.  Power delivery was always one of the strongest points of the Scorpio. More about why people love Mahindra Scorpio below. Mahindra specifically updated this time to solve customer problems.  A new mHawk 2.2L engine was provided with the car. This engine produced 120bhp. Many similar improvements were made. 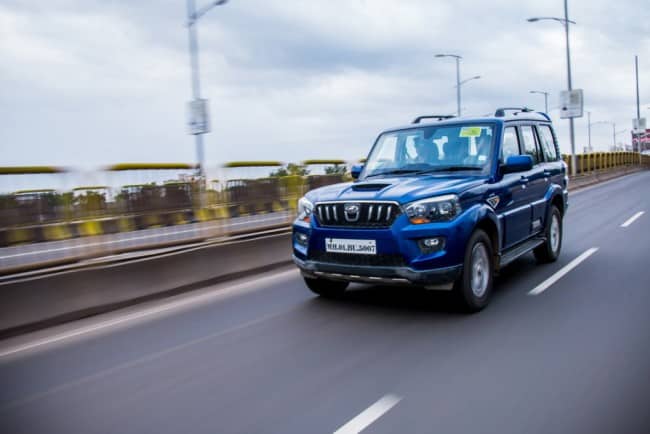 The major change in this update was a new platform which made driving dynamics of the Mahindra Scorpio way better than any other car in its segment.  The new SUV looked much more modern and finished product.  The interiors of the car were also heavily changed to make space for modern equipments. It was no longer the bare-bones SUV.  The same engines from the previous update were carried forward here.  Performance and tuning were a lot different though. Customer-centred modifications remained a strong point of  Scorpio. Minor tweaks were made to the styling of the car. One of the major changes were three engine options with the SUV.  Marketing, product strength, work on feedback, were the strong points of the Mahindra Scorpio lineup.

The Mahindra Scorpio is a great Indian SUV with high-seating position. There is also no real competition in its segment. The BS6 Scorpio is available in S5, S7, S9, S11 variants. Engine and Performance are common among all the models. A touchscreen infotainment system though is only present in the top two: S9 and S11 models. Service and Maintenance is also not an issue with Mahindra products.  Power delivery is also very linear and easy to drive. Rear seat comfort is also very good according to various customers. All in all the Mahindra Scorpio 2020 BS6 is a well rounded off SUV. Prices range between Rs.14.00 to Rs.19.00 lakh (On-road). BS6 model price may increase in the future. We will advise you to buy the car soon if you are planning to buy a Scorpio.