Skoda, the Czech car manufacturer recently launched the Skoda Rapid Rider Plus in India. The original Rapid Rider took the country by storm and the same may be expected from the new model. Skoda, however, does not want to stop there and was spotted testing its first-ever all-electric SUV, the Skoda Enyaq. What about the looks? The Skoda Enyaq looks pretty much like any other conventional SUV. Both sportiness and futuristic elements have been added to make the car stand out. The Blue body-coloured car which was spotted testing had typical Skoda looks attached to it. Skoda is known for its simple yet sophisticated looks and the Enyaq does not disappoint. Skoda has added SUV styling elements throughout the car to make it practical and eye-catching.

There are no images of the interiors yet. Spy shots only reveal the exteriors of the car.  The car may come with all the modern bells and whistles included with an electric SUV. Skoda will build the new Skoda Enyaq at the Mlada Boleslav plant in the Czech Republic.

According to our sources dimensions stand as stated below:

Skoda will use MEB architecture for this new Electric-SUV. Five versions of this car may be launched according to Skoda as of now. 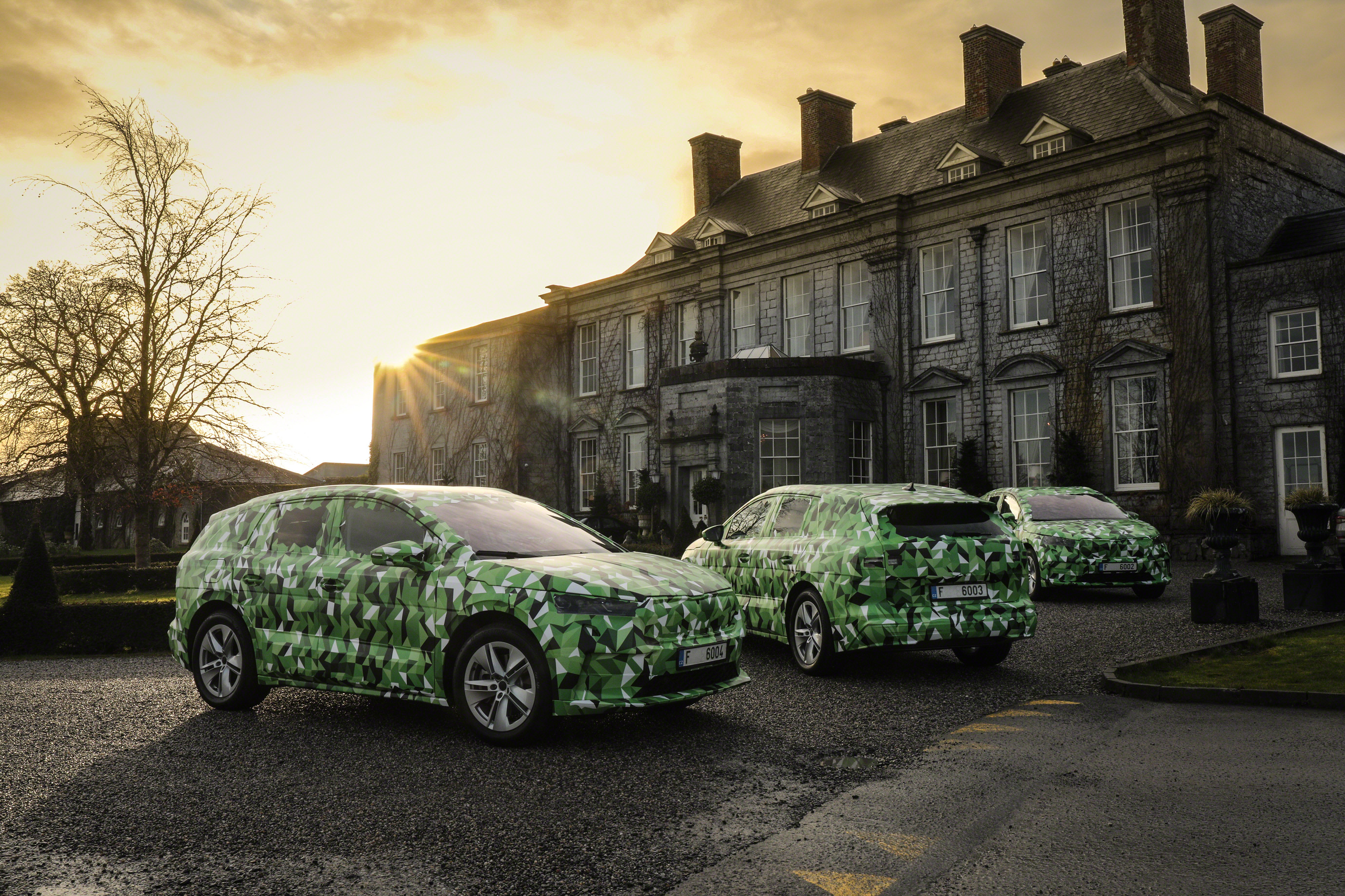 The main concern of fully electric vehicles in its range.  Five versions may have different ranges like 340km, 390km and 500km including others. Skoda will offer the new SUV with a fast charging option which will enable it to charge from 10% to 80% in just 40 minutes.

Skoda has not confirmed the date of launch in the global market as of now. Skoda Enyaq will first launch abroad and then come to India. If brought in as a CKD unit, it will cost a premium price. Currently, Skoda sells Karoq and Kodiaq in the SUV department in India as of now. Also, there are only two pure electric vehicles in India as of now, the Hyundai Kona and MG ZS EV.