MG has experienced tremendous success in India and now is willing to expand its portfolio. It will soon be launching the MG Hector Plus, which is a 7-seater version of the MG Hector. It was showcased recently at the Auto Expo 2020. To know more of this 7-seater MG Hector Plus, continue reading below.

From the exterior, it looks pretty much similar to the MG Hector, but possess some of the distinctive elements. First is, of course, the size, the vehicle is slightly bigger than than the MG Hector in terms of length, specifically 40 mm. Even looking closer, one will find out that the front is revised and is cleaner than the Hector. The front gets different headlamps and LED DRL setup than the shorter sibling.

The rear tail lamps are a split unit and not the continuous one, seen on the Hector. It gets a new dual-exit exhaust design. Overall the vehicle looks much cleaner and subtle now. It is expected with more distinctive colour options. Features are expected to be more or less similar to the MG Hector. It is expected to have MG’s iSmart Internet connectivity, 10.4-inch touch-screen infotainment system, 360-degree camera, front parking sensors, etc. Safety features are presumed to be included with 6-airbags, ABS with EBD, 3-point seatbelts and fatigue reminder and so. The top trims will be offering more premium features such as panoramic sunroof, powered tailgate and such.

The pricing of the MG Hector Plus is expected to have a premium of Rs 1-1.5 lakhs premium over the Hector. For reference, MG Hector starts at Rs 12.73 lakhs(ex-showroom) and goes up to Rs 20.25 lakhs(ex-showroom) for the top trim. The Plus model will be competing against the Mahindra XUV 500 and upcoming Tata Gravitas( 7-seater version of the Harrier). You can watch or walkaround video to have clear visuals about the vehicle. 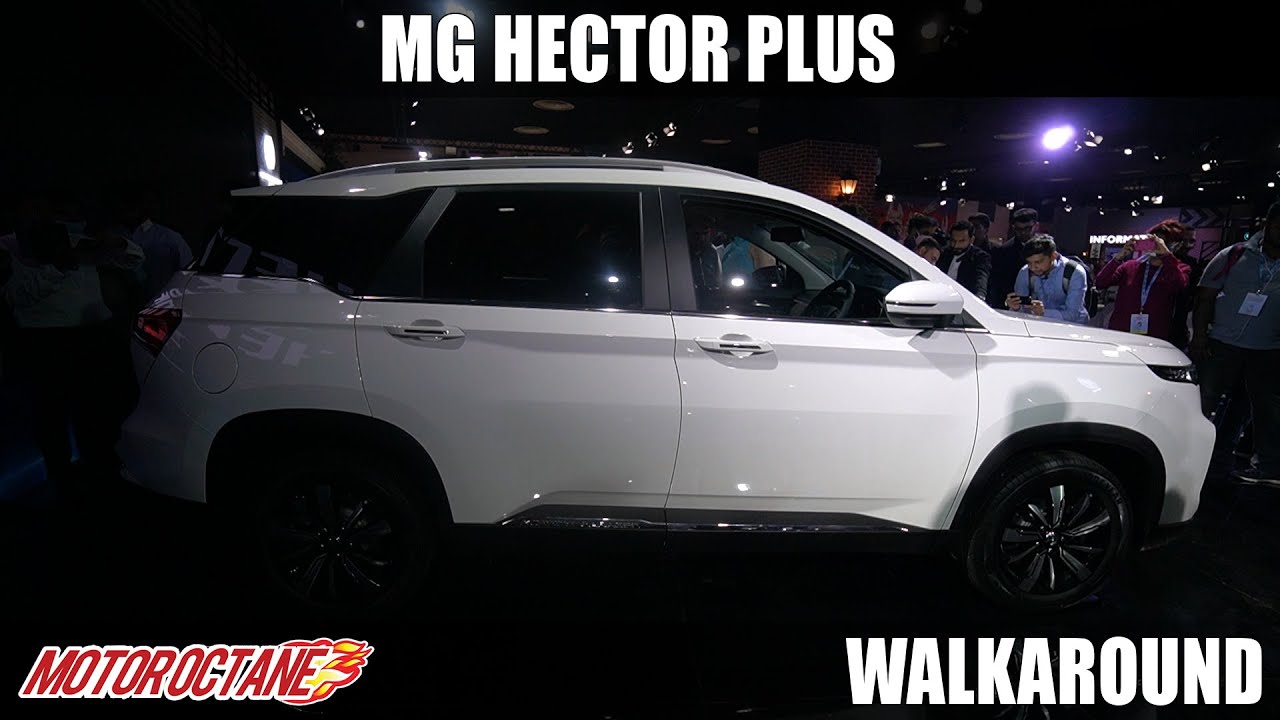