The all-new Creta which is going to be revealed globally at the Auto-Expo 2020 has gotten successful to be the talk of the town. But the next-gen i20 will also be a very important launch for the company, although it will take place after the launch of the new Creta. We have recently gained spy shots of the car which gives us the idea that the launch of the car is not that far off.

This particular test-mule was seen on Delhi roads. Although we could not get a clear shot of the front-end of the car, we spotted yellow halogen bulbs in the front which gives us the idea that this was not the top-end model of the car. The wheels are also in the steel trims instead of the alloy ones. From the spy-shots, It is also reported that the new i20 will get a completely redesigned boot lid with new tail lamps with integrated indicators and connected via light strips or reflectors and will borrow its design cues from the upcoming Verna and Creta.

Major updates of the new i20 are expected to come from the inside with the car getting the new bluelink smartphone connectivity as is seen in the Venue. This will allow the owner to remotely control some of the features of the car from the phone itself such as the air conditioning. It will get a high-def infotainment system that will get a major upgrade from last year. The layout of the instrument cluster will be similar to that on the upcoming Creta, with two dials in the central display unit that displays all the vital information of the car

Engines of the new i20

Under the hood will retain the 1.2 petrol which puts out 83hp and 114nm of torque. The i20 could also get the 1.0-litre turbo petrol from the Venue in its sportier variant in order to compete with the likes of the Polo GT. It will also get the new 1.4 litre BS6 diesel engine that will also be introduced on the Hyundai Venue shortly. This engine puts out 90bhp and 220Nm of torque. 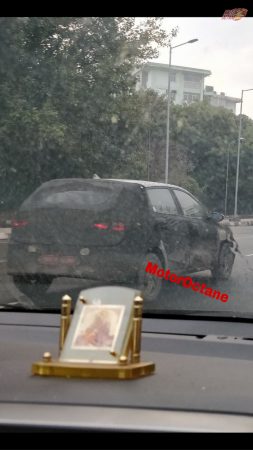 Dimensions wise, it will not be much longer as it has to be under four metres in order to get the required tax benefits in the Indian market. But the design will most definitely change and the car will get the new design language of the company as is seen on the Hyundai venue and the upcoming Creta. The i20 is expected to launch in the month of June and the pricing will be higher because of the addition of many features as well as the introduction of the BS6 compliant engines. Have a look at our review of the current-gen i20.