With the launch of the Hyundai Grand i10 Nios, we have got some idea about what to expect from the Hyundai Xcent 2020. This vehicle is currently the only sub-4-meter sedan by the Hyundai group and has done pretty well in the taxi market in India. The base variant of the vehicle has been the most favourite for companies like Ola and Uber which have been the leader in the Online cabs in India. The Hyundai Xcent also makes for a good small sedan for people who have been desiring to buy a sedan under 7 lakhs. The 2020 model of the vehicle is supposed to be made on similar lines as of the Hyundai Grand i10 Nios. Read further to find out the details about what will be the changes in every parameter of the vehicle.

Launch of the Xcent will be a launch a soft launch. This vehicle will be first launched as a Nios version. This is a variant of the vehicle will be a trendy feature-packed vehicle. The launch of the Hyundai Xcent will be during the mid-2020. Mid-July will be a month of the launch. 2020 will also see a BS6 launched of all Hyundai vehicles. The launch will also lead to some price changes which will make the vehicle a bit costlier than it is now. The changes won’t be major but there will be a small facelift.

The price of the Hyundai Xcent will rise considerably with the launch of a new BS6 engine. The vehicle will become BS6 compliant and even though it will make use of an engine that is on the Grand i10 Nios the company will charge money for the development of the BS6 engine. All this will make the price of the vehicle go up from Rs 6 lakhs start to Rs 7 lakhs start. The topmost variant will be priced at Rs 10 lakhs. All this price hike will affect sales to some extent but will be compensated by offering a new company fitted CNG variant which will create demand for the vehicle.

The engine on this vehicle will be a 1.2-litre petrol BS6 engine. The engine produces good numbers on paper. The petrol engine definitely feels more refined and calm in nature. The petrol engine feels peppy on the Grand i10 Nios but will definitely get bogged down by the extra weight of the Hyundai Xcent. The engine will be BS6 and this will increase its cost but will also ask for an extra premium. The transmission of this car will be an eAMT gearbox. It will slot the shifts more smoothly and has a slick feel to it. The gearbox will be greatly useful while creeping in traffic. The clutch will be managed well and the automated Manual gearbox is one of its kind in the segment.

This gearbox is expected to appear in Hyundai’s other variants. There is no sporty nature in the engine but the gearbox feels sporty. The AMT gives effortless cruising which is a boon while driving the car in any condition. This AMT gearbox really takes off the effort that is part of driving a manual without compromising on the smoothness of driving. The transmission is a key point why one should buy this car over other AMTs in the market.

Starting from the front of the vehicle will closely resemble the Grand i10 Nios. It will get boomerang-shaped daytime running lights. The front will feature the same headlamps as the previous model. The hood will be a bit bigger. It will also feature a much bigger Hyundai Logo.

Moving to the interiors, We expect the cabin to be very fresh with a lot of hand me downs from the Verna and Elantra. We hope to expect features like ventilated seats and a sunroof come through in this update. But features like wireless charging wouldn’t be bad. If there is an automatic coming with the 2020 Hyundai Xcent it could be possible that it gets paddle-shifters behind the steering wheel. Added features that will make it great would be cruise control, something the Honda Amaze gets but not the class-leading Maruti DZire.

Seat fabrics will get better and so will the material. We hope to see a good interior done in piano black with none of the cars in the segment having one. We can expect leather seats to come as an option and also an increase in airbags. The only compact sedan to have 6 airbags as of now is the Ford Aspire. There will be a leather-wrapped steering wheel. The center console will have a bigger touchscreen and the update will have Android Auto and Apple CarPlay. Other normal features like automatic climate control, a cooled glovebox and loads of storage features should come without saying with the 2020 Hyundai Xcent.

The car is expected to get a mileage of 20 km/l. This will also change according to the driving dynamics. Also, take a look at the mileage test that we took on the Grand i10 Nios. The specific vehicle will be heavier and thus will see some drop in the mileage.

There is a lot of competition in this segment with cars like the Maruti Dzire and Honda Amaze that have been freshly been updated. There are cars like the Ford Aspire, Volkswagen Ameo and Tata Tigor that will receive an update of their own soon. With the Hyundai Xcent 2020, it will have to fight for its place among the Dzire and Amaze. 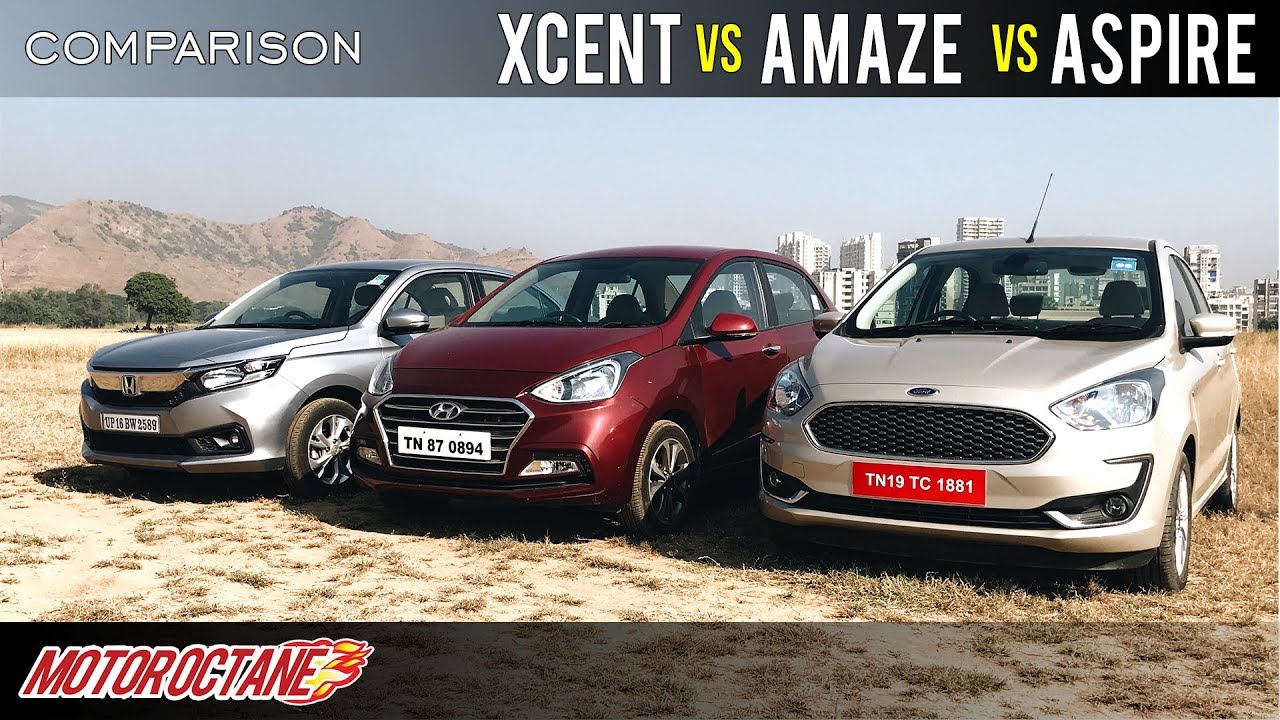