The Honda Amaze retains its glamour and style. However, there will not be any change in its design. Any major change is not be incorporated, as the compact sedan is hardly a year old. Although it will get a reshuffle of features amongst its variants along with all new trim called the Ace edition. Along with this, the 2019 Amaze will also get several improvements in terms of fit and finish refinement and NVH levels. They will see no change. It will continue to be one of the most stylish compact sedans in the country. 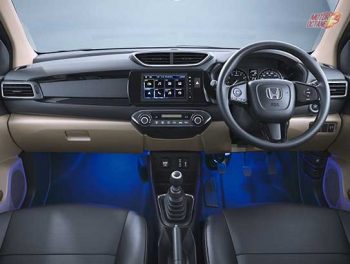 The 2019 Honda Amaze will see a slight bump in prices, owing to rising input costs. The price walk for the car will also go up, as there will be a CVT introduced in the top VX variant.

Features will be many in the 2019 version. Though there will not be any major new feature added, it will see a revamp in the configuration of its variants. Honda will try to make the Amaze richer this time.

The interiors on the Honda Amaze will be the same as the 2018 model. Also, there will be no change here. However, these interiors are fresh looking and also offer a premium feel. The black and beige combination color theme will continue to be there, as it gives an airy feel to the cabin. In addition to this, it is also a preferred theme by many customers. 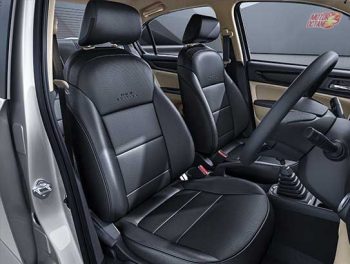 The Honda Amaze 2019 will be high on space as well. As there will be no change in the design or dimensions of the car, the interior space will be the same. The rear seat leg room is the best in class and this has remained a USP of the Amaze. The 2019 Honda Amaze will continue to have dual airbags and ABS as a standard feature across all variants. There will also be a reverse camera and parking sensors to enhance safety.

The Honda Amaze will not see any major change in the design or styling. It is built on a new rigid platform that is stronger than its earlier generation car. The 2019 Amaze will continue to look attractive and will have the same garnishing of a thick chrome grille at the front.

Honda will try and add some more kink at the rear, to make it look fresher. The LED DRLs will be there, just like the present model. The alloy wheel design will remain the same as well, but it might see a change in color. A darker shade may be introduced.

The Amaze will come in 6 color options.

The Honda Amaze is a sub-4-meter sedan and will see no change in dimensions. The interior space will also be intact due to this. The Amaze has a good road presence and does not look small. This time there will be a CVT (automatic) transmission offer on the top VX variant as well. This will make the car more attractive.

The ground clearance of the 2019 Honda Amaze will be the same. As per new ARAI norms, it is about 165mm. This car has good ground clearance and will pose no issues in regular driving, even on bad roads or speed breakers.

The model year update for the Amaze will be launched by mid-2019. This should around the month of June. The subtle upgrades and improvements would have been tested properly by then. This model will see a slight overall improvement in the car. The Amaze will continue to rival the Maruti Dzire. It will be offered in both petrol and diesel options and will also come with automatic in both versions. This will be a CVT and will offer good fuel efficiency. In terms of features, it will not get anything new as such, but the variants will get a revamp.

The top variants of the Amaze 2019 will now be offered with automatics. This was something missing, while its main rival, the Maruti Dzire does offer automatics (AMT) in its top variants. There has been a disappointed amongst buyers for not having this option in the top, loaded variants.

The Honda Amaze achieved a solid four stars for Adult Occupant Protection in the frontal crash test at 64km/h. The car offers seatbelt pre-tensioners for both front passengers and seatbelt reminder for the driver. The vehicle structure was rated as stable as well as the footwell area.

Using the child seats recommended by Honda, the Amaze only achieved a one-star rating for Child Occupant Protection. In the case of the 3-year-old dummy, despite using a CRS with ISOFIX, its head contacted the interior of the car in the rebound phase. Both head contacts of both child dummies brought the head score to zero and with the broken CRS for the 18-month-old dummy, the full points of the dynamic test for this dummy were lowered to zero.

The 2019 Honda Amaze has some good news around it. The made in India car has scored 4 stars in the Global NCAPs  ‘Safer Cars for Africa’ campaign. The Global NCAP has awarded the India-made, African-spec Honda Amaze with 4-star crash test rating. India is the exclusive manufacturer of the second generation of the sub-4 meter sedan. 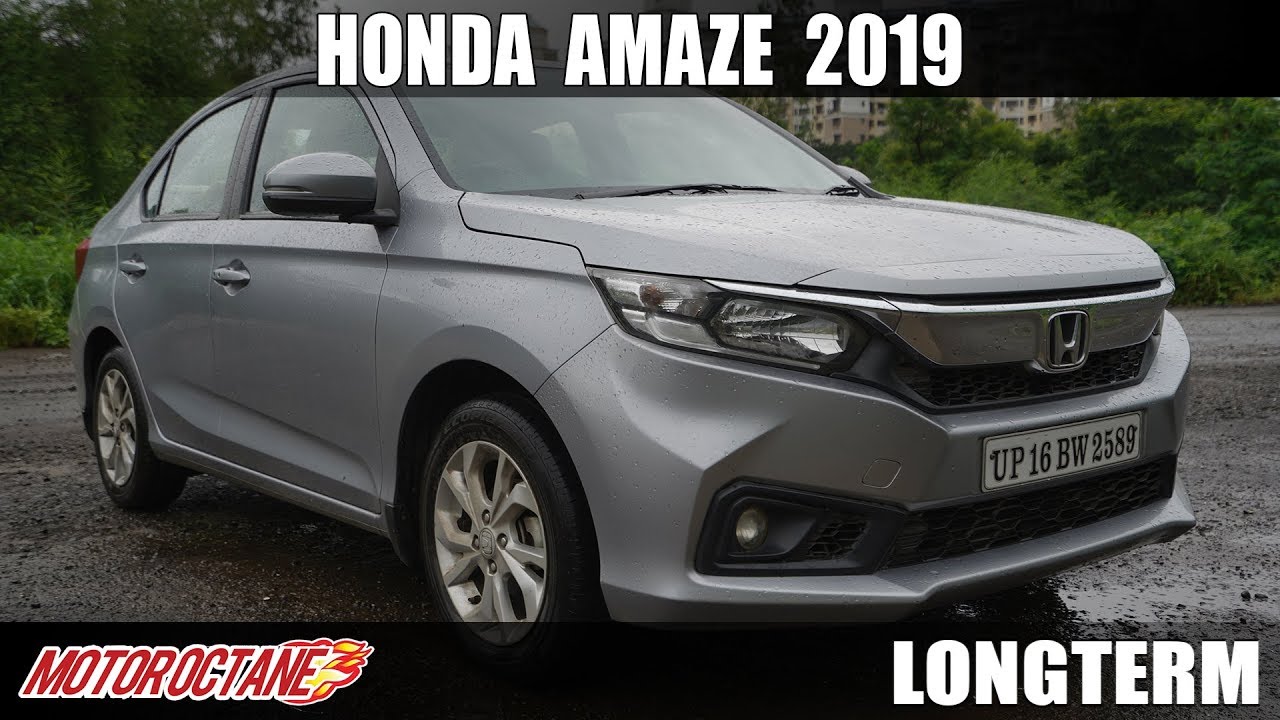