We compare two very popular compact sedans, that too form the leading manufacturers – Maruti and Hyundai. The upcoming 2017 Maruti Swift Dzire and the 2017 Hyundai Xcent are very important cars in there respective product portfolios. How do the compare against each other? Which one should you buy? We find out in the 2017 Maruti Swift Dzire vs 2017 Hyundai Xcent Comparison. Both these compact sedans are built on hatchbacks. The 2017 Maruti Swift Dzire will be based on the 2017 Swift and likewise the Hyundai XCent in based on the Grand i10. Both these cars look identical to their hatchback siblings from the front, upto the C pillar. It terms of looks both cars look modern, but the XCent currently has an edge as it looks more premium. The Hyundai XCent’s facelift will have a new fascia. The headlamp styling on the XCent will be more towards looks aggressive and a lot more premium. The XCent will get daytime running lamps for the first time. The XCent shall get a new front grille and the lower grille with be hexagonal in shape. Both cars are based on the new design language respectively. The 2017 Swift Dzire will look more aggressive from the front. The front grille will look more like the S-Cross. The Xcent has a better integration of the boot, at the rear, compared to the competition, but the 2017 Dzire will also have a neat boot. The 2017 Maruti Swift and Hyundai Grand i10 pay a lot of resemblance to 2017 Swift Dzire and XCent, and if sans the extended boot, they are look alike. The 2017 Swift Dzire will be built on an all-new platform and will be lighter than the outgoing model.

The interiors of the 2017 Swift Dzire will be modern and functional. It will have pleasing interiors too. The XCent will also get some upgrades. There will be a touchscreen infotainment system for the first time as a standard feature on higher variants.The XCent’s interiors have always felt a bit more premium as compared to the rest of the cars in the segment, but the 2017 Dzire’s interiors will be premium looking as well. Both cars come with push button start. 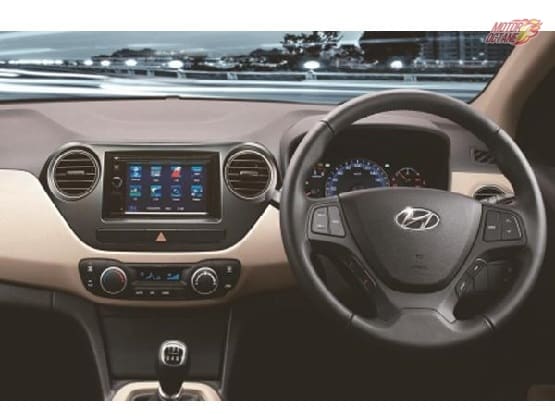 They also have Bluetooth audio, electric folding mirrors and a lot of space to keep knick knacks and other stuff. The XCent though has more features. It has rear AC vents and a cooled glovebox, something that the Dzire may not get. The quality of materials and plastics is good in the XCent. However the 2017 Swift Dzire will have an all new dashboard with higher quality material that will challenge the XCent. The 2017 Maruti Swift Dzire and Hyundai XCent offer petrol and diesel engine options. The 2017 Dzire will have a 1.2-litre petrol engine which churns out 85bhp of power and 115Nm of torque. This engine will come with a 5-speed manual transmission and ther is an option of a 4-speed automatic transmission too. The diesel in the 2017 Maruti Dzire is a 1.3-litre engine which has 75bhp of power and 190Nm of torque. The diesel engine again has two transmission options, one is the 5-speed manual and it will also come with a 5-speed AMT (Automated Manual Transmission). There is a chance of a 6-speed manual to make it to this car too.

The Hyundai XCent will continue to have  a 1.2-litre Kappa2 petrol engine which produces 81bhp of power and 115Nm of torque. This engine is mated to a 5-speed manual and also a 4-speed automatic gearbox. The diesel will come in form of a  1.1-litre U2 CRDi diesel engine producing 71bhp and 160Nm of torque. This is a 3-cylinder version of the 1.4-litre CRDi engine found on the Elite i20. The diesel has only a 5-speed manual transmission mated to it.

The 2017 Maruti Swift Dzire will be priced between INR 5.8 lakhs to INR 8.90 lakhs (on-road, Delhi). The 2017 Hyundai XCent will be priced between INR 5.10 lakhs and 8.90 lakhs (on-road, Delhi). The Dzire price range will wider owing to the availability of an AMT in diesel. However, both are value for money cars and have excellent after sales service too.

If you prefer driving dynamics above other things, then it is the 2017 Maruti Swift Dzire which will suit you more. It also offers an automatic option in both petrol and diesel. However, the  premium interiors and features of the 2017 Hyundai XCent would still be one of the best in the segment as Hyundai will update the car with few more features. Should Ferrari Have Used Team Orders In China?

THE INSIDE LINE F1 PODCAST IS HOSTED BY MITHILA MEHTA AND KUNAL SHAH. THIS FORMULA ONE PODCAST OFFERS A HUMOUROUS VIEW ON THE SPORT. After the incredible Chinese Grand Prix, we wondered what most ... 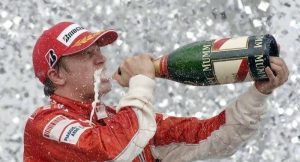 Why Raikkonen Will Never Race In The Indy 500

THE INSIDE LINE F1 PODCAST IS HOSTED BY MITHILA MEHTA AND KUNAL SHAH. THIS FORMULA ONE PODCAST OFFERS A HUMOUROUS VIEW ON THE SPORT. As Motorsport’s most-awaited weekend nears, Mithila and K... The Inside Line F1 Podcast is hosted by Mithila Mehta and Kunal Shah. This Formula One podcast offers a unique humourous view on the sport. Follow us on Facebook and on Google+. Follow on Twitte...