The BS6 norms pushed Honda to get the Activa 6G. Activa as a franchise had almost been getting away with minor tweaks to their model in every generation. Although the Activa 6G gets the most important engine change. Know more about this in the article here. As far as the review lets first begin with the design.

The design of the scooter is familiar but new. Honda has maintained the balance between changing the dimensions but not affecting the look. This being said there is one major change that you can notice at the front. For a normal eye, you will not notice the new 12-inch wheel at the front. It does look odd with a steel wheel that big, mounted on the telescopic front suspension. As we move to the side, the scooter looks a bit longer, thanks to the longer wheelbase. The seat of this scooter is also spacious which improve the pillion space and also the boot space. You still can not accommodate a full-face helmet but a modular helmet can fit in. The boot does not get mobile charging but it does get a light. If you think of it in a way giving a USB charger was much essential as you can use the mobile flashlight as the boot light. Also, the bigger front wheel has improved the ground clearance of this scooter so that the scooter does not scrape on tall speed breakers. Now it has been moved from below the seat to the extreme end of the scooter. It blends well with the taillights section which is inspired by the Honda Activa 125. Also at the rear, there is a new suspension which has 3 step adjustability. The user can tweak the suspension depending on the load but this does require tools. Now if you put this scooter next to an Activa 5G then this is where you can see that the foot area is bigger and spacious. Also, the wheel difference is more noticeable. With the bigger 12 inch wheel, the Honda Activa rides much better.

The switches, grips on this scooter could be better. There is a click to the switch but it feels a bit off and is expected to deteriorate over time. The plastic over the body panels are solid but they too could be improved. This means that the scooter could be much more premium feeling as it is priced. The scooter gets the first in class single button as the kill switch and the starter button. There is no mechanical clanking when the scooter starts and that does feel plush. The braking on this scooter is mediocre. It does not get disc brakes as optional and the drum brakes do not have phenomenal feedback. Also, the instrument cluster is a simple analogue unit which is, in my opinion, less on the maintenance part. But at the price which this scooter comes it rivals will definitely claim the pride of having a digital one. The headlight on the higher variant of this scooter is an LED unit. This is the only difference between the two variant. The headlight is not strong but does a job in the city.

The new engine on the Activa 6G has a smoothness to the core of it. Right from when you press the starter button to the moment when you are revving it to the max the harshness that was there and the mechanical moment that accompanied it has all been taken care off. If you want to know about what exactly has been changed on the engine click here.

Moving further with the engine as it is smoother it also has better efficiency. Honda claims a 10 per cent increase in efficiency overall. The acceleration of the vehicle feels much more accurate. There is slight stress felt from the belt if the scooter is driven with rash throttle inputs.  The ARAI mileage of this scooter is 60 Km/l but in city condition, it is expected to drop. The power figures in the BS6 update have dropped to 7.79 bhp and the torque is constant at 8.79. This has not resulted in a stark difference in the riding dynamics.

The larger wheel at the front provides more stability.  There is less stress on your arms while riding for a prolonged duration. The telescopic suspension soaks up bumps at slow speed and keeps the scooter stiff as speeds build up. As the scooter gets dimensional changes it results in an improved ergonomy. The rider now has more space on the floorboard. Also, he can sit much further from the handlebar to gain some relaxed position for the hands. Also, the pillion has more space because of the bigger seat. Overall a long wheelbase counteracts to some extent on the instability due to the sharper rake. The only downside to this is that the seat feels broader and this might become a problem to those short riders who were comfortable previously. At large the ride is now more plush and stable than ever before.

Being an asset that has been priced at Rs 65,964 the Activa 6G is a scooter that definitely is a great one to ride but if you are looking for the latest feature then there is the Activa 125. It has a better engine. More technology and also a better performance. And if you want a scooter with sporty looks then the Dio makes more sense. So the question is who is this product marketed too. The answer is it is for those who want an Activa only. At that price, you can definitely by other 125cc scooters from other manufacturers which not only offer more in terms of performance but also do have more features. Overtime Honda has an image associated with the Activa. Even though they have the Dio or the Activa 125 people prefer trusting the brand for its main product. No doubt the 125 and the Dio are far better-focused products but the problem is in their being focused. The Honda Activa 6G will be a buy that will make the decision-making process easier. It is the scooter that one will go to buy because he just needs a no-hassle scooter. The variants of this scooter have a difference of Rs 1500. Spending more for the LED headlamp might be a better choice if your daily run is on the highway. If you are mostly a city street hustler then the saving some money on the lower-spec variant makes more sense. 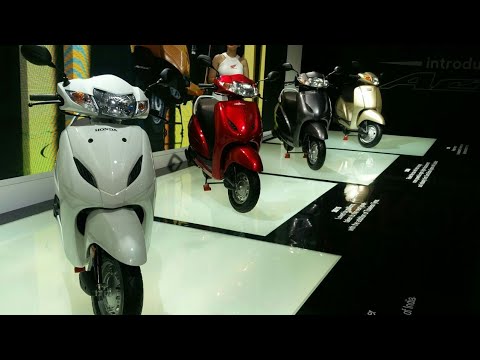