In recent times, the Honda WRV has been the most successful product from Honda stables. Based on the Jazz hatchback, this crossover was in instant hit in the market. The WRV cam with the right proportions, styling, space and features that attracted many buyers towards it. The Honda WRV 2020 is already being planned and will be unveiled by late next year or early 2020. There would be quite a few changes in the vehicle. It will be build on a new platform, that underpins the new Amaze. The Honda WRV is also a good package of utility, space, performance and features. It competes with compact sub-4-metre SUVs and has created a strong space for itself.

The new platform will make the WRV more economical as it would use the platform of the Amaze.  The platform is codenamed 2UA. It will move away from the City/Jazz platform, that does duty in the present vehicle. This would make it more competitive as well. The next generation Honda Jazz is likely to be launched in 2020. This will be an all-new design and with very little similarity to the present model. The new WRV will have more SUV type looks. It will be towards the boxy side and will look more of an SUV than a crossover. Honda would not like to compromise on space, so expect this one to offer good interior space. What will the New Honda WRV be like? Read further to know more.

The next gen Honda WRV will be launched somewhere in mid 2020 . This will be 2 years from now. Honda is currently working on developing this new SUV. It is too early to predict an exact date of launch.

The all-new Honda WRV will be priced similar to the existing one. It will be priced between Rs. 8.5 lakhs and Rs. 11.5 lakhs (on road). Honda would try to keep it competitive as it will be rivaling the Ford Ecosport and Maruti Vitara Brezza. The new model will get more features and more powerful engines.

The new WRV will be a fuel efficient vehicle. The engines will be tweaked to offer good performance and improved fuel efficiency. In real driving conditions it will return 12-16km/l for petrol and 17-22 km/l in diesel, on an average.

The new generation Honda WRV will look completely different from the existing model. It will be built on a new platform, which also underpins the new Amaze.  This platform is codenamed 2UA. The next-gen model is expected to look more like an SUV, rather than a crossover. It will get an aggressive looking front, similar to the current model. There will be a good amount of body cladding all around. From the side it will be a bit boxy looking. tis will make it appear rugged. It will get features like projector headlamps, daytime running LEDs, LED taillamps, roof rails, blackened pillars, 16-inch alloy wheels and scuff plates. 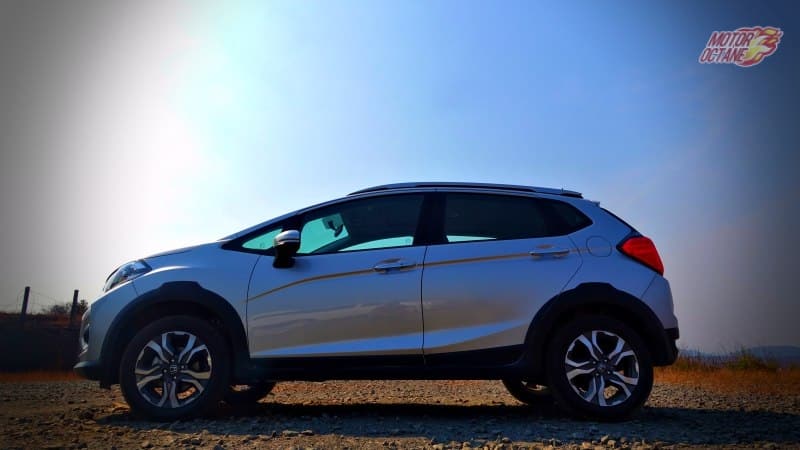 The interior design of the New Honda WRV 2020 will be fresh. The dashboard design will resemble the new Amaze. The instrument panel and the steering wheel also would be identical. The seats will also be most likely borrowed from the Amaze. In tems of features, this one would be well loaded. A new touchscreen system with Android Auto and Apple Car Play will be seen on it. It will also have a reverse camera, along with sensors. The new WRV will have cruise control and a sunroof as well. Expect it to have good storage spaces too. The rear seats will offer generous space, including knee room and headroom. It would be quite comfortable for 3 passengers at the rear. A 60:40 split of rear seats is expected. The boot will also be spacious, like the present model.

The all-new Honda WRV 2020 will be powered by the same engines as the current one. These are the 1.2-litre petrol and 1.5-litre diesel units. However, it may also get the 1.5-litre i-Vtec petrol engine from the City. There will be a 6-speed manual transmission on offer on both petrol and diesel engines. The CVT will also be offered on the 1.5 petrol and diesel engines. Honda has just introduced the CVT on diesel for the first time, in the new Amaze. This drivetrain is most likely to spill over to the new WRV as well. The new WRV will offer good performance from the engines. The lower variants might get the 1.2-litre petrol engine, while the higher variants will be fitted with the 1.5-litre engine.