The Tata Nexon AMT (Automatic) was launched sometime back. To counter it, Maruti launched an AMT version of the Vitara Brezza and became the most affordable automatic SUV in the country. However, Tata did not lose any time in matching up and it has now introduced the AMT in the mid-spec version, which is the XMA. The XMA starts at ₹ 7.50 lakhs for the petrol and ₹ 8.53 lakhs for the diesel (ex-showroom, Delhi), making it the most affordable automatic SUV in the country. All the AMT variants from the company are termed as Self-Shift Gears (S-SG). The Nexon Hyperdrive, as Tata Motors calls it, comes with few first time features for an AMT. The SUV gets three driving modes in the AMT version as well. This will be available in both petrol and diesel versions. Tata Motors have also introduced  ‘IMAGINATOR’, which is an online platform to visualize and customize the Nexon. The bookings for the Tata Nexon AMT Hyprdrive are open since over a month. The deliveries will begin in this month.

We were the first to spot the Nexon with an AMT, much before the Nexon launch. Both petrol and diesel versions will get AMT. The Nexon has just added another feather in its cap by introducing an Automatic, that too before Maruti did with the Vitara Brezza. Tata Nexon has been selling well and is amongst the top ten selling SUVs in the country. The new Tata Nexon Automatic (AMT) in petrol and diesel will help Tata compete more fiercely with the Maruti Vitara Brezza, Ford Ecosport and Honda WRV. The Nexon AMT was also showcased at the Auto Expo 2018. Very soon it will be seen on our roads. Read further to know more about the Tata Nexon AMT.

The AMT is offered in both petrol and diesel. This is a very good option offered to customers. The petrol is priced ₹ 9.41 lakhs while the diesel is ₹ 10.30 lakhs. This makes is quite an affordable automatic SUV.

Mayank Pareek, President- Passenger Vehicle Business Unit, Tata Motors, said, “Our focus is to introduce products and services that not only enhance the brand, but simultaneously align well with the rising aspirations of customer segments. AMT as a transmission is ideally suited for India’s traffic conditions, reducing the stress of driving at an affordable price, without compromising on fuel efficiency. With the introduction of the Hyprdrive S-SG in the NEXON, we aim to tap a larger market and increase our market share in not only the Compact SUV segment but also the AMT segment. Additionally, understanding the growing need for personalization among Indian customers, we are introducing the ‘IMAGINATOR’ – our online platform to visualize and customize the NEXON.”

There will be a change in the fuel-efficiency of the Nexon Automatic. The petrol engine with AMT will return close to about 12km/l in the city and on the highway it should be about 16km/l. The Nexon diesel AMT is offered, will also come somewhere close to the regular diesel engine. It will churn about 14km/l in the city and about 19km/l on the highway. These are all estimated figures.

Nexon fans have been waiting for the AMT version and now, soon they will be able to own one. The 1.2-litre turbo petrol engine on the Nexon churns about 108bhp and 180Nm. This engine comes mated to a six-speed manual transmission and will be offered with a six-speed AMT also. So, this engine will have the same driving characteristics of the petrol engine, however it will miss out on multiple modes. There will be a Sport mode on the gear knob, but the Eco mode will be gone. If it is offered on the diesel also, it will churn similar power and it will be six-speed too. There will be no Eco mode on diesel engine also if it is offered. There shall be no change in the features list. The Nexon will come with the same set of features. As it is just a change of transmission, and not the features. 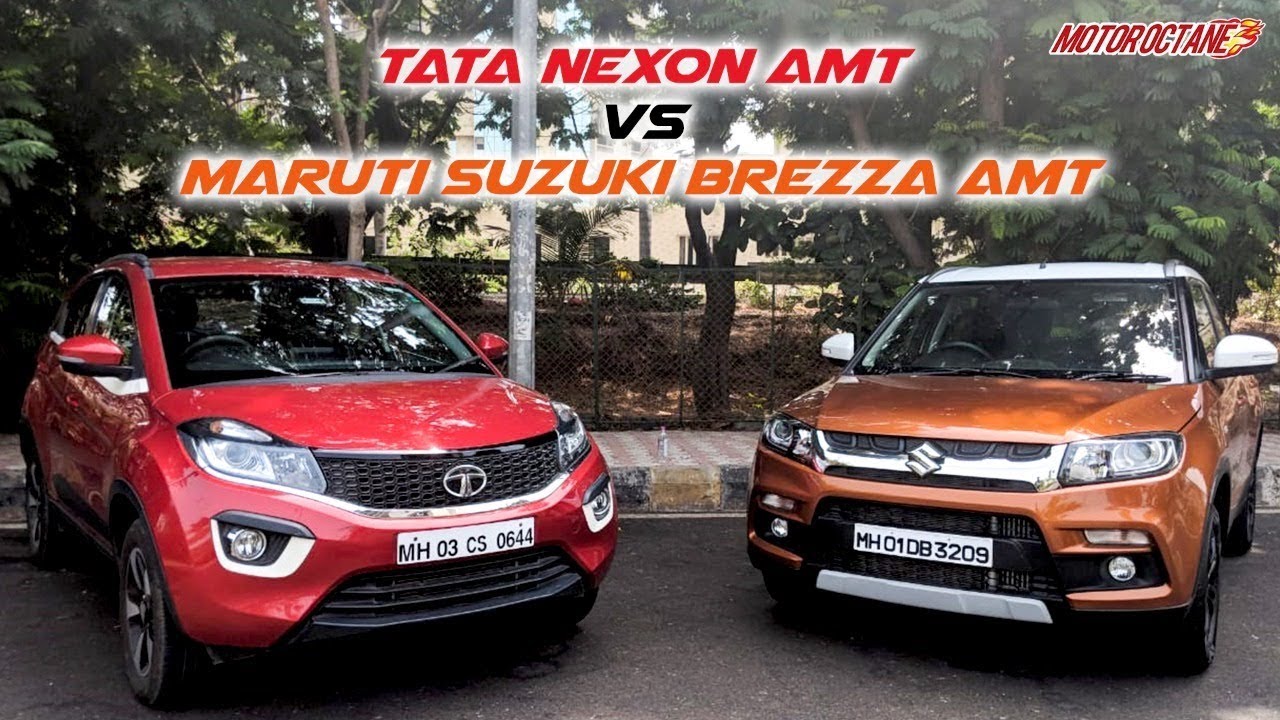