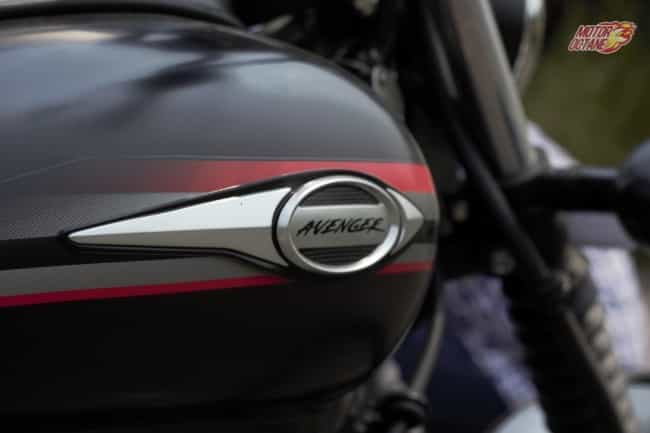 Bajaj Auto has been consistently launching new models and upgrading existing models. Fo rthe year 2018, the Indian manufacturer will be introducing an upgraded Avenger series. The 2018 Bajaj Avenger will get some cosmetic upgrades and will be refreshed as a model year launch. The Bajaj Avenger is available with 2 engine options. One is a 150cc and the other is a 220cc. The 150cc Avenger Street and 220cc Street and Cruise variants are currently available.

The 2018 edition will bear the same engines however, they might be an additional variant on offer. It is yet to be seen though. The existing Street and Cruise variants will continue and they will get some cosmetic enhancements, to make it more attarcive and add some freshness to the products for the new year. The changes could include new body colours, new graphics and a few more features. The headlamps may get better illumination and there will be new trun indicators with LEDs. A new 400cc Avenger is also in the making, but the launch date is yet not confirmed.

The 2018 Bajaj Avenger will be launched in the first quarter of 2018. The launch could take place around the Auto Expo 2018.

The 2018 Bajaj Avenger will continue to be offered in two version which are the Street and Cruise trims. While the 150cc variant comes only in the Street trims, the 220cc trim is available is Street and Cruise trims. The same will continue with the 2018 model too. The 150c Avenger Street will be priced around 88000 (on-road). The Avenger 220 Street will cost around ₹97000 and so will the 220 Cruise. The basic design of the 2018 Bajaj Avenger will remain the same. However the bike is expected to get some cosmetic upgrades. What will be the extent of the changes is yet unknown. There will new graphics on the bikes. The Street will continue to have a dark theme with alloys . The Cruise variant will have the same handlebar, seats and spoked wheels. There will a couple of new colours also introduced on these bikes. Rest of the things like instrument pod, handlebar, seat, backrest, exhaust all will remain identical.

The 2018 Bajaj Avenger will have the same dimensions as the current bike. The bike will be 177mm in length. The width of the 150 and 220 Street is 801mm and the Cruise is 806mm. This is due to the wider handlebar of the Cruise. The Cruise also is higher at 1142mm as compared to the Street variants which are 1070mm high. The wheelbase is at 1480mm. The Ground clearance of the Avenger is 169mm.  The bike comes equipped with telescopic front forks and twin shock absorbers at the rear.