The 2017 Chevrolet Cruze has been spotted once again testing in Brazil. This time the front grille is clearly visible. The shape of the headlamp also can be seen, though partly camouflaged.  The bow-tie logo is covered but the air intake on the front bumper is also visible. The car is likely to be launched in Brazil by the end of this year . The new Cruze will be manufactured in Argentina and will carter to the South American markets from there.

Chevrolet is looking to launch the next-generation of its best-selling sedan, the Cruze sometime next year in India. The car will wear all-new bodywork and Chevrolet is going all-out in testing the car, to ensure that all the kinks are ironed out. The test-mule was also snapped in Germany earlier. The car that had been revealed early last year, has heavily camouflaged test mules doing the rounds on the roads in several countries.  Not that the earlier car was overtly portly or anything, but Chevrolet has worked hard on weight-saving measures for the newest edition of the Cruze. They have infact managed to pare off a commendable 113 kilograms on the new Cruze. Based on the D2XX platform, the body-structure on the car is now 27 percent stiffer. It has also spent a lot of time in the wind-tunnel and now sports a slippery 0.29 drag coefficient. 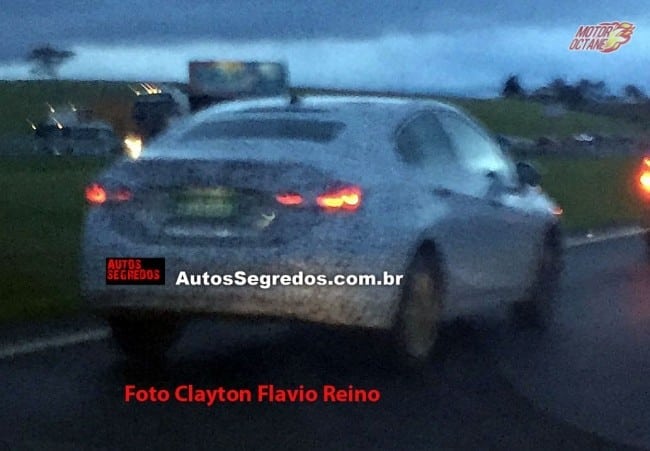 In terms of design, the new-Cruze gets all-new fog-lamps along with a hexagonal-shaped air-intake. The striking headlamps are neatly swept-back and come with integrated LED based DRL’s. A minimalist-themed grille completes the look at the front. Moving down the flanks, there’s new wing-mirrors on the Cruze. Chevrolet have reworked the C-pillar as well, that adds just the right amount of purpose when viewed from the side. The horizontally stacked lamps at the back along and the bumper featuring newly incorporated design flourishes add to the sportiness. Chevrolet have also plonked a new, 1.4 litre quad-cylinder motor to make sure that the Cruze has the poke to go with the looks. Thanks to some smart turbocharging, the car now hits the hundred kilometre mark in eight seconds and generates some 153 horses under the hood. Transmission options include a six-speed manual, with an automatic alternative for those that wish to do away with the clutch pedal altogether. Chevrolet fans in India will have to wait a year longer, until 2017 before they can get their hands on the exciting, new Cruze. The company will be embarking on an aggressive localization plan in the run-up to its Indian launch and hence the delay. Another reason being touted is the fact that the diesel engine option isn’t going to come out until then. The new Cruze will be priced between INR 16 to INR 18 lakhs (on-road)