Adding to the Bolero family, Mahindra & Mahindra is all set to launch the Bolero Neo in India on July 15, 2021. The SUV, which is based on the TUV300 will get multiple updates to become a part of the Mahindra family. In this story we will discuss updates and what it will be getting. Also below are some spy shots of the upcoming Mahindra Bolero Neo. Everything we know till now about this car will be stated below. This will be the second launch of this year for Mahindra after the XUV300 AMT and will be followed by the XUV700 in coming months. The Bolero Neo might be priced between Rs 9 lakhs and Rs 12 lakhs (ex-showroom). This car will be aimed at existing Bolero customers to upgrade to a better car.

The Mahindra Bolero Neo gets a revised front grille with six slats, newly designed smaller headlamps with integrated DRLs and a reworked front bumper. This setup makes the front look very much a part of the Bolero family. The SUV gets some classic Bolero design cues such as the clam-shell bonnet, squared-off and marginally flared wheel arches. The sides do not get any major changes, apart from some minor trim modifications. Overall, dimensions and other specs regarding the size of the car are yet to be revealed. It will come with 15-inch tyres.

At rear, it continues to flaunt the same vertically positioned wraparound tail lamps and wheel cover on the tailgate-mounted spare wheel. Overall, the Bolero Neo carries over the same flat silhouette with upright proportions and tall pillars. Inside the cabin, the car’s dashboard will also be revised with a new dual-tone beige and black colour scheme interior with matching upholstery which still features diamond quilting. The Mahindra Bolero Neo will also feature a digital MID between the speedometer and the tachometer. The Bolero Neo is expected to feature the same 1.5-litre, three-cylinder diesel engine under the hood as in the TUV300, though making it BS6 compliant. It is likely to produce 100bhp and a peak torque of 240Nm, with the gearbox option being a 5-speed manual. The Bolero Neo will also get the fuel-saving, engine start-stop feature, as it was on offer with its  predecessor.

Coming to the expected features kit the Bolero Neo is expected to get the same basic touchscreen and features from the TUV300 with minor changes. However, there might be a few details in the cabin that the teasers suggest will be a part of the upgrades, like a revised instrument cluster, for example. One could also expect revised upholstery, along with some design revisions over the standard Bolero. 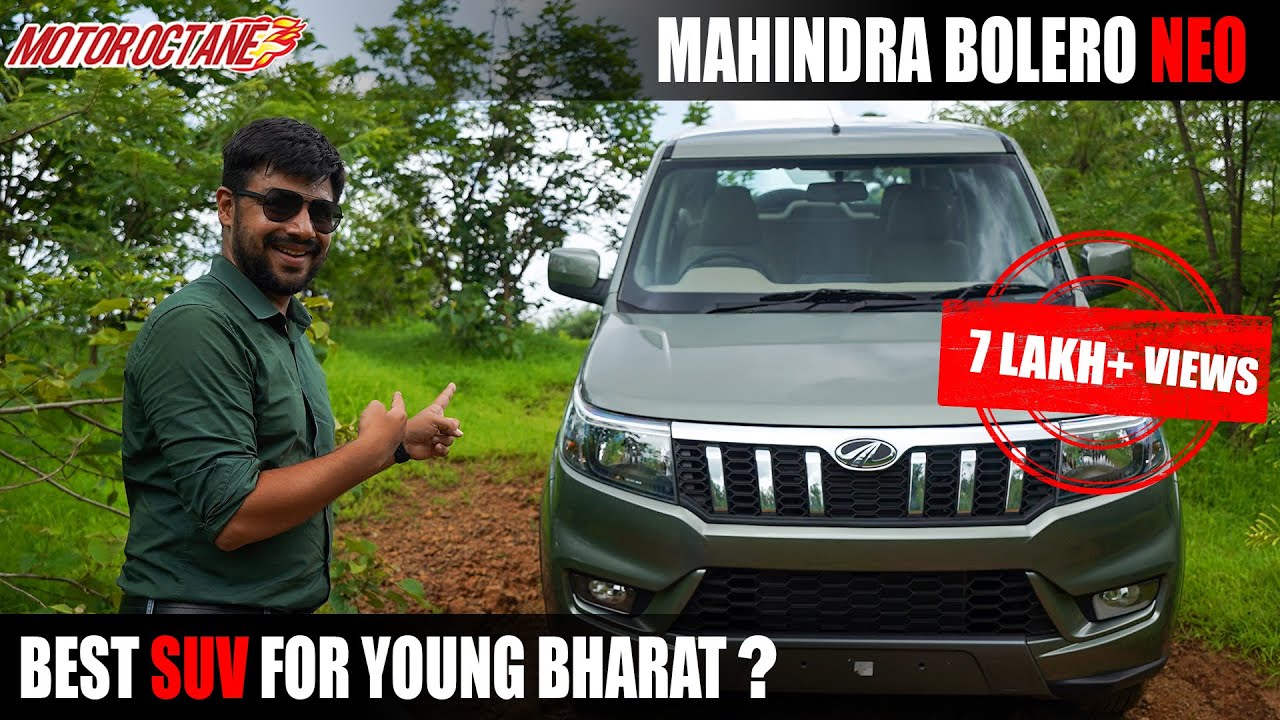