Mahindra Alturas G4 has been launched. The word Alturas stands for ‘height’, pinnacle’ and according to Mahindra this car can be compared to royalty. The ‘G4’ stands for – the fourth-generation Rexton, which made its unveil at the 2018 Auto Expo with Mahindra badging. This was the first time we came to know that the car will be sold in India with a Mahindra logo on it. The new Mahindra Alturas G4 has been launched at Rs 26.55 lakhs. We have already covered this car in a through walkaround at the 2018 Auto Expo(scroll down to see that video). We have already driven the car and have shared our review.

Also, scroll below to check out the official video of the Altruras G4 by Mahindra. To check out or review of the car, go down to the videos section. Also below are the images of the cars interior and exterior.

The current most premium SUV sold by Mahindra is the XUV 500, which is priced somewhere in the range of Rs 15 lakhs to Rs 21 lakhs. The Alturas G4 will be priced just above it. We expected this new SUV to come at a sticker price of close to Rs 29 lakhs to 32 lakhs. The official pricepof this car has been now announced and we were not very off from our prediction. The car starts from Rs 26.95 lakhs (Ex-showroom) This price this  be an exciting price for a vehicle of this size. Mahindra has been offering this product with a lot of new features and specifications. This has been developed jointly with Ssangyong as well. This will make the Mahindra Alturas G4 the flagship vehicle from Mahindra and also the most expensive car sold by the manufacturer till date. The car will go head on with the Fortuner and the Endeavour. Both cars are price around Rs 40 lakhs and Mahindra will make sure the Alturas G4 is cheaper. The cars bookings have begun at Rs 50,000 at dealerships. Below are our official prices of Mahindra Alturas. The new Mahindra Alturas G4 – we realized is the name after the Indian utility manufacturer had put in the name for trademark. With the G4 badging, we reckon this could be an opportunity for the company to showcase the fourth generation bit for this vehicle. The car is set to become the flagship vehicle from Mahindra and is going to be the most premium vehicle to wear a Mahindra badge. It will be sold inside the new World Of SUVs showrooms of Mahindra.

To be pitched up with the Fortuner, Endeavour and the Kodiaq, this will be an exciting product from the Indian auto maker. The Mahindra XUV 700 name will be replaced with the new one, Alturas G4. The new SUV is a seven-seater and shall be made available with a diesel engine initially. This will be the company’s new flagship and this time it will be coming as a Mahindra itself not as a Ssangyong car. So, what are the features of this vehicle? What will be price at which it will be offered? We share all the details with you. Stay tuned till the end. There are 5 color options on the Mahindra Alturas G4. They are –

While the company has not revealed any official ARAI figures, we can say that the 2.2-litre engine, which is the smallest in it’s capacity in the segment right now will be the most econmical. The comparison is with the Fortuner and Endevour. The Kodiaq and the Honda CRV have smaller engines. The Mahindra Alturas G4 should return at least, 14 kmpl in the city and around 18kmpl on the highway.

Based on the Rexton G4 design, the Alturas has a lot of similar to the Ssangyong design. The front grille is a seven-slat grille representing Mahindra design. Then there is the stylish and bold looking headlamps. These with the grille forms the solid fascia of the SUV. Mahindra grille has a chrome strip on top of it. The projector headlamps are double barrel, there is a LED strip in it and even the fog lamps are LED. Front bumper is dual-tone and the design does look stunning. The side profile too looking stunning and what is on offer is a good bit in its design. The side is boxy and it offers awesome styling. There are some more elements on it that make it butchy. High ground clearance, expected to about 220-240mm. The rear too of this vehicle is neatly designed. All the Ssangyong elements on the outside are replaced with Mahindra’s design and this makes it look absolutely stylish. The boot will get a electric automatic opening and closing feature. The car also get keyless entry and inside automatic start stop.

The blue colour that is shown in the video also looks rich and premium. Mahindra XUV 700 was a name given just as a filler by many to showcase its size to be bigger than the XUV 500. This new SUV will have 4WD system too. Mahindra Alturas G4 will have stylish and premium looking interiors. This will be black and brown colour trim. At least the car on display at the show had this colour scheme. It will be a seven seater, will offer good amount of space. The touch and feel of materials was good and it did feel top-notch. There is a large size touchscreen system with Android Auto, Apple CarPlay and even navigation. Reverse camera, climate control are the given set of features for a vehicle of this price. Adaptive cruise control, six airbags, 360 camera, leather upholstery will be expected in a car of this size and price. The car will also get keyless automatic start top. It will get 9 airbags, ABS, Traction Control and EBD will be standard. The car will also get a 360 degree video. The car will be get a nice surround system with a 10 inch touch screen system. There is also a sunroof available with this car but a panaromic would suit this car better. Also internationally the car gets a lane departure warning system and a full size charging socket for laptops and other appliances. Mahindra has decided not to give these options on the Indian version.

Mahindra will be launching a diesel engine only to begin with, for the Alturas. This new engine will be a 2.2-litre mHawk that will churn 184 horses and will come with a torque of 420Nm. This updated engine will come with a six-speed automatic transmission from Mercedes Benz. There will be no manual transmission offered on this SUV. The Alturas G4 will get a petrol engine, but not at the moment. It seems Mahindra will be waiting for the BS-VI norms to close in. That is when the new petrol engine shall be offered. The Indian-grown utility manufacturer will offer an electric version in the future. The Alturas G4 will be offered with 4×2 and 4×4 options. The off-road version will be offered on the higher trim and comes with shift-on-fly 4×4. Mahindra has re-badged the Rexton G4 for India and the name XUV 700 won’t work out for the company. The new Mahindra Alturas shall not get paddle shifts. But other features like adaptive cruise control, sun roof, multiple airbags shall be a part of the deal.

Now there is another variant of the Mahindra Alturas G4. It is the 4×2 variant. It misses out on many vital features apart from being not capable of off-roading. Lets start with the exterior. The front does not get LED fog lamps like the 4×4 variant. The lower variant does not get HID headlights but instead gets projector headlamps only with DRLs. In terms of luxury, a lot is missed. The 4×2 variant misses out on Easy Access Mode, Ambient Mood Lighting, Illuminated Front Door Scruff Plate, Dashboard Center and Inside Door Hadle Lamps, power windows with Auto Up-Down function is available only at the front also no footwell lighting as well. The instrument cluster TFT screen is also smaller. The car does not get auto headlamps and rain sensing wipers. The best feature on this car, the 3D camera is also not available on this car. The seats do not get the memory function too. The 4×2 does not even get the smart tailgate option. And in terms of safety, the lower variant gets only dual airbags.

So with all these iptions missing, the car does need to come in at a very lower price than the top variant of the Alturas G4

The car being in the 30 lakh range will be a very good option to consider. It is shaping upto be a value for money option to consider over the Toyota Fortuner and the Ford Endeavour. The car will be made using the best in class materials and will have more features and options than the Fortuner. Its capability off-road will be found out soon. 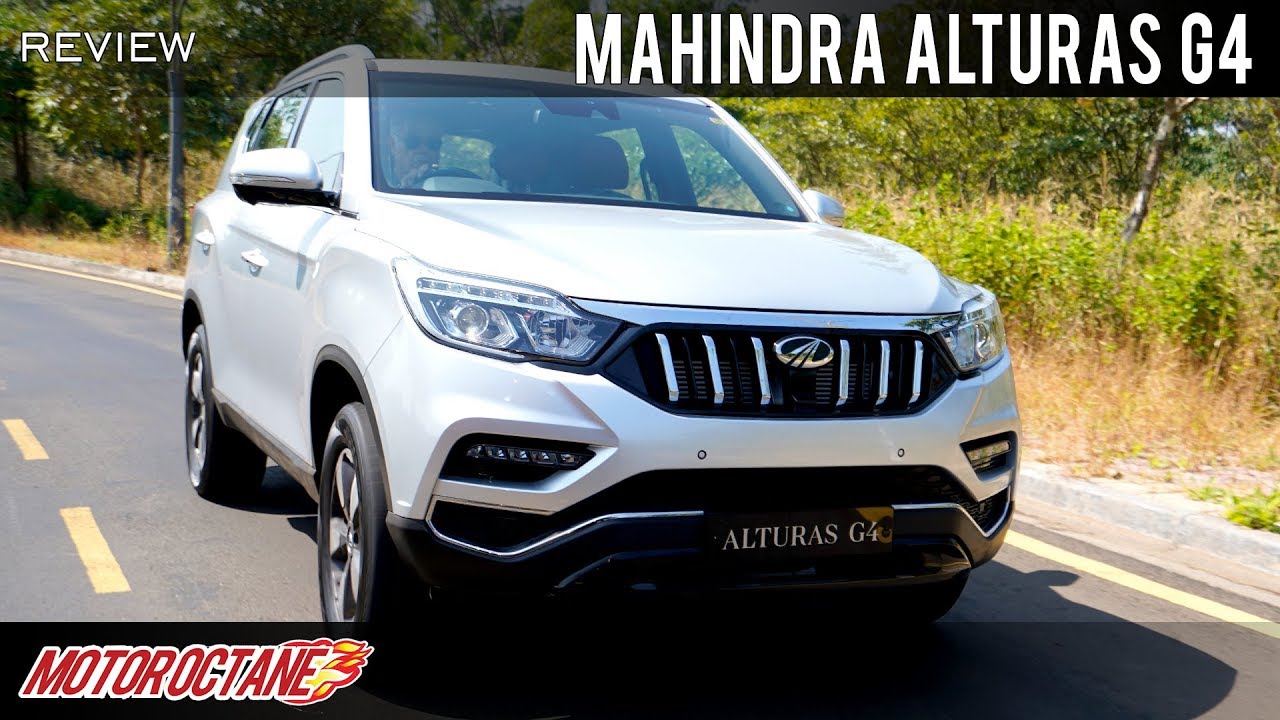