With the long list of contemporary luxury cars sold in India now, it is difficult to even remember the model names. However, earlier it was not so as there were a limited number of premium cars. These cars are not in production now and have almost been forgotten. Some of these luxury cars were big names back in the 80’s and 90’s. Let’s have a look at them and relive their past glory. The Contessa was the luxury car that plied on Indian roads through the 80’s and 90’s. Introduced in 1984, the Contessa was originally the Vauxhall VX. Initially introduced with a 1.5-litre, 50bhp engine mated to a 4-speed gearbox, the Contessa was horribly underpowered. In the late 80’s it got a new heart with the Isuzu 1.8-litre engine, developing 85bhp of power and was called the ‘Contessa Classic’. In the 90’s it got a 2.0-litre diesel engine, which was quite successful. The Contessa was a comfortable cruiser and had great road presence, hence preferred by many. The production was finally stopped in 2002, after the demand faded off. 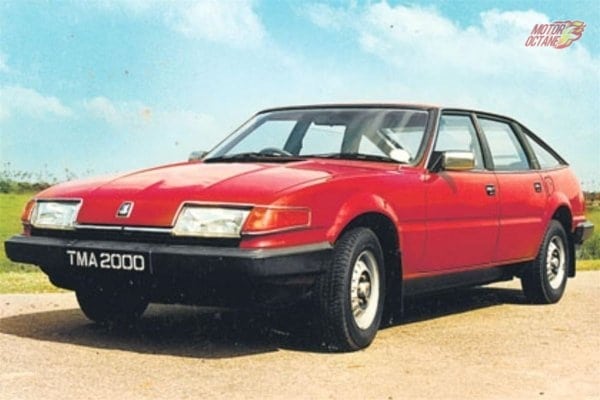 The Standard 2000 was introduced in 1985. This car was no less than a revolution. Be it the size, features and even the road presence. This was originally a Rover SD1, which was awarded the ‘European Car of the Year’ in 1977. The Standard 2000 was fitted with a 2.0-litre engined derived from an old Standard Vanguard model as the company could not obtain the license to fit the 2.2-litre Rover engine. It developed 83bhp of power and had a top speed of about 145km/h. The Standard 2000 was the first car in India to feature a power steering. Notorious for its high sticker price, poor fuel efficiency and high maintenance, the Standard 2000 never became successful. This car was in production for only 3 years and met its end in 1988. Based on the Fiat 124, the Premier 118NE was introduced in 1985. This was quite affordable in comparison to the Contessa and went on to become a very successful model. The car was fitted with a 1.1-litre Nissan A12 engine and hence was called 118NE (Nissan Engine). This car was known for its soft ride quality and smooth shifting gearbox. The production ended in 2001. The Maruti 1000 broke the shackles of old models coming into India. The Maruti 1000 was the second generation Suzuki Swift, in a sedan version and was launched in India within 2 years of introduction in Japan. It looked contemporary and was the talk of the town. It came fitted with a 970cc engine with just 46bhp of power. It was not powerful in anyway and the fuel efficiency also was bad.

Later in 1994, it was reintroduced as the ‘Esteem’ and this time it got a 1.3-litre all-aluminium engine with 65bhp of power, making it the sedan with the best power to weight ratio in the country. Later in 1999 a fuel injection version with 85 bhp was also introduced. The Esteem became the best selling sedan but was laid to rest in 2007, making way for the Maruti Swift Dzire. The Rover Montego was launched in India by Sipani Motors, after their experiment with the Dolphin and Montana hatchbacks. The Montego sedan was launched in 1991. It came with a 2.0-litre diesel engine with a 5-speed manual transmission. Features like power steering, power windows and airconditioning were standard. Though it was a good product, it had a high price of over 10 lakhs, during those times, hence it sold very few in numbers. A lack of good service network and Sipani’s financial troubles were reasons why this car went bust by 1995. 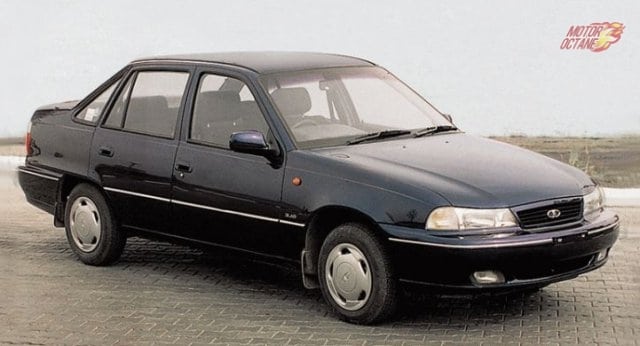 The Daewoo Cielo was launched in 1995. The Korean company had big plans for this sedan, which came with feature loaded. The Cielo was based on the 1980 Opel Kadett and had a 1.5-litre engine with a multi-point fuel injection, which was also first in the country. It produced around 80bhp of power and had created a big buzz, with buyers lining up for it. It was big, spacious and looked modern in every way. It came loaded with power steering, power windows, central locking, powered OVRMS, adjustable steering with leather. The Cielo met its end in 1998, when Daewoo Motors went bankrupt and shut shop. Ford entered independent India in 1995 in a joint venture with Mahindra & Mahindra. The Ford Escort was the first car to be launched. This was the 6th generation model and came with a 1.3-litre petrol engine initially, which was underpowered. It was also known to be a gas guzzler. Later it was introduced with a 1.8-litre diesel engine. The Ford Escort was discontinued in 2001. 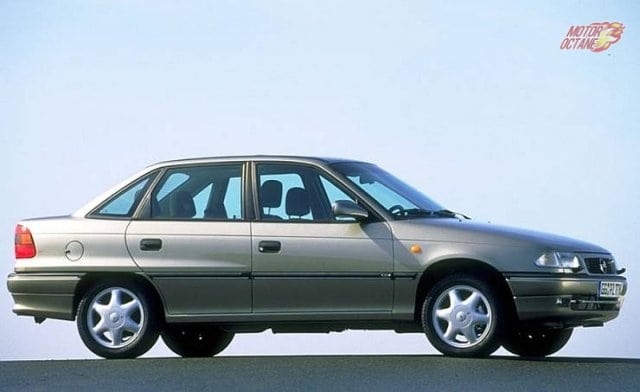 General Motors began its stint in India with the Opel Astra in 1996. The car was assembled in India under a collaboration with the Birla Group. Astra brought in new standards of high build quality and sophistication. It also created a premium image. The Opel Astra had a 1.6-litre petrol engine with 77bhp of power and a top speed of over 160 km/h.  However, availability of spares and high maintenance costs did not do good for it. The car was finally discontinued in 2003.