The Suzuki Burgman India resembles a maxi-scooter and has a longish appearance. It will be approximately the same size as the Access 125. The front portion is attractive and it features a windscreen on top. It has a twin headlamp setup, on the front apron. There are telescopic front forks and it also gets larger 12-inch wheels. The tail is longish and gets a stylish taillamp. There is a lot of under seat space as well. The under seat storage is quite huge so it is good for utility and for carrying a lot of stuff. The design of the Honda Grazia is fresh and looks premium too. The headlamp is mounted much lower and it has LED headlamp too. It gets sharp styling. There are 12-inch tyres and alloys too. The side looks stylish and the paint quality is one of the strong points of this scooter. The tail lamp also looks different and has a lot of cool elements on it. Under seat storage is good enough and the seat is long as well.

The Suzuki Burgman Street gets a LED headlamp and position lights. It also gets a windscreen which adds to the appeal. There is a fully digital instrument cluster as well. The mirrors are chrome ones and the taillamp is also an LED one.

The Grazia gets some extra features. There is LED headlamp, first on a scooter in this segment. Then mobile charging is offered with a unique spot for mobile placement and convenient charging option. There are three modes on display. Each showing the mode that is active depending on the acceleration. The combi-brake system has seen more improvement and it brakes even more efficiently.

In terms of features, both are pretty evenly matched. Both are modern and trendy scooters   who are more luxurious than sporty. The Burgman has a little more panache to it with the windshield handlebar. It also looks quite unique.

The Honda Grazia returns about 45km/l in the city and close to 48km/l on the highway. The Suzuki Burgman Street is also expect to return a similar mileage. Both these scooters are fuel efficiency and on this count they match up to each other.

The suspension on the Grazia is telescopic at the front and the rear gets spring-loaded hydraulic type. The front tyre is 12-inch one while the rear has a 10-inch tyre. The front disc brake is 130mm, and the rear drum brake is also 130mm. 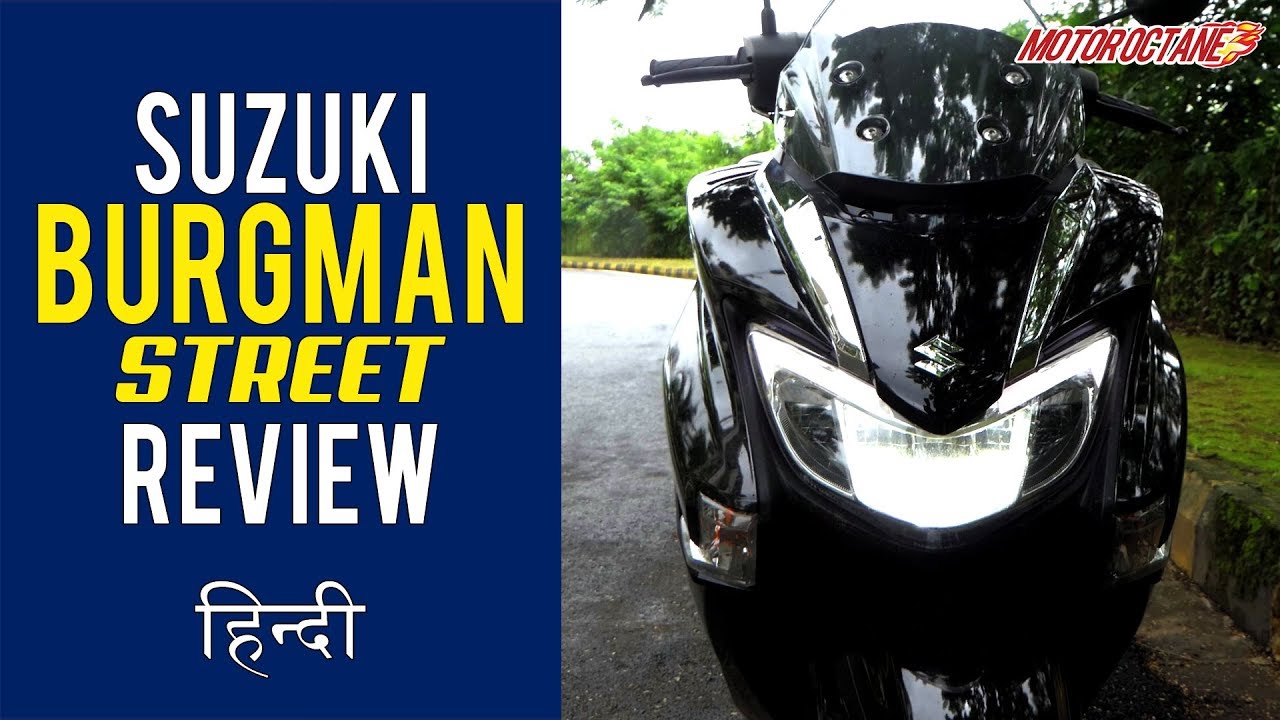