Maruti Suzuki will be launching 20 new products by 2020 beginning from 2016. We have listed down some of the products that the company is planning to introduce. Maruti Suzuki is the highest selling car maker in the country and they had lost some market share. Now, the company is working its way up to gain back the share. The new Vitara Brezza and the Baleno have helped to enhance the sales and get back some of its market share. So, which are the upcoming new Maruti cars in India? Following is the long list: A new 7 Seater Wagon R is in the making. This will be the company’s most affordable MPV. The Wagon R has been one of the highest selling hatchbacks in the country. Its strongest USP is its practicality and the space it offers. The same characteristics will trickle down into this 7 seater version too. So, if you have a large family and like the Wagon R? The 7 seater version is on its way into India. This will be the company’s offering against the Datsun Go+. Click here to know about it.

The Vitara Brezza has already been launched with a diesel engine. Now, the company is working towards introducing the diesel engine with a five-speed AMT. This will be priced about INR 60,000 more than the manual version and should be offered on VDi+ and ZDi+ variants. Maruti Vitara Brezza AMT should be launched in the enxt six to eight months.

The new Swift will be built on an all new platform, with an all new design. This will be the third generation for India. The new Swift will be lighter for better performance, driving dynamics and even fuel efficiency. The hatchback will get a new range of engines and upgrades too. Maruti will not want to disrupt its successful mantra for the Swift and the design language will be similar. For more details on the upcoming Swift, click here. This has been another hit product and is one of the hottest upcoming new Maruti cars in India. Click here to know more about it. 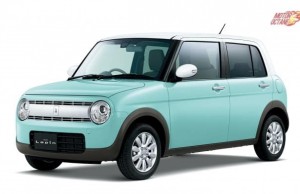 An all new Alto is in the making. This will be the company’s all new hatchback. This one will have a lot more space, more features and practicality. The design of the new Alto will be all new and it will not be an evolution. The Alto is likely to get a tall boy stance and all new frugal petrol engines with AMT options. This is their bread and butter vehicle and it is the hottest upcoming new Maruti car in India. Click here to know more. Maruti Suzuki has been working on the Creta competition SUV. They already have the S-Cross, but this will be an SUV. The company is looking at capturing the Creta segment. Hyundai has done phenomenal with this SUV and they will not want to loose out on it. The new Creta competition SUV will be based on a new modular platform. The company won’t just be looking at the Indian car market, but even looking at exporting it as well. Maruti Suzuki has been growing its presence in the premium segment and it will not want to loose out on it. Read more about it here. Brezza diesel is already available in the market. Maruti Suzuki is working towards adding a petrol engine on the new Vitara Brezza. This will help them to enhance their growth. The Indian car maker will be using Suzuki’s set-up plant in Gujarat to increase its production. Maruti Suzuki has been running out of capacity and hence, the company has come in to set up a new plant in Gujarat. This will be Suzuki’s new export hub for the world. The Brezza petrol will be manufactured here. Click here to know all the details.

This is an all new MUV that will be launched in a year’s time. Maruti is looking at enhancing its portfolio and the Ertiga will be one of them. This is based on the Heartect platform and it shall be lighter and powerful. This will be the second-generation vehicle. It will be coming with a lot more features, more space and a new design. There shall be better performance and even improved mileage too. This is the company’s new super compact SUV that will be making its way into India this year. Expect the launch to be around Diwali and this will be the company’s smallest SUV under the Vitara Brezza. Maruti Ignis will be coming with a 1.2-litre petrol and diesel engine options. This will be sold through Nexa and hence, it will be luxurious and more feature loaded. It will be the entry-level vehicle through the Nexa range of dealerships. This will be competing with the Mahindra KUV100. The Ignis will a five seater and will be also made available with an automatic transmission too. All the details on the Ignis, in the link. This is one of the most awaited upcoming new Maruti cars for India. Click here to know more. This is the second new launch for Maruti this year. The Baleno having being launched last year will come in its RS avatar. The Baleno RS will be fast, powerful and fuel-efficient too. Maruti will be getting the Baleno to look sporty, move quicker and sharper handling too. There will be a body kit on the Baleno RS and then matte black alloy wheels too. The new Baleno RS will be powerful and with a 1.0-litre turbo petrol engine there won’t be any compromise on the fuel-efficiency either. This will be the fastest car in the upcoming new Maruti cars in India. To know more about the Baleno RS, click here.

One of the new successes for the company is the Celerio. This is another hatchback that is also made available with petrol, petrol AMT and even CNG. The company is looking at introducing the Celerio with a facelift. This will mean, it shall offer more features with somewhat similar space for the passengers. What does it offer? Read further to know more about it. 2017 Mitsubishi Montero coming in next year to India

2017 Mitsubishi Montero will be coming to India. This is a confirmed information we have received from one of our sources. Mitsubishi will be utilising the Hindustan Motors existing facility in Tamil ... Audi confirms self-driving for the next A8

We had previously reported that Audi has plans to postpone the launch of the next A8 as the Ingolstadt-based automaker was working on self-driving. Now, the company has announced that it will be intro... 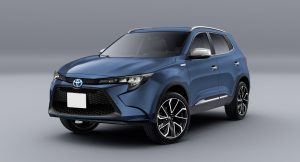 Toyota will get the CHR SUV in India. This SUV has been spied testing in India by us. Toyota does not have an SUV in India which is cheap and an alternate to the Hyundai Creta or new entrants Mahindra...