It was all planned! A road trip across the Himalayas. This is one tour that nobody would want to miss. Our companion on this long journey was the Nissan Terrano AMT. While we weren’t sure about how an AMT would behave on steep hills, the idea itself seemed quite adventurous. So, we wasted no time in packing our bags.

We got rolling from Gurugram, in the weather that would make one feel like residing in a clay oven. We set out in the evening, to avoid the scorching heat, without any plans about the next stop. Our night halt came up at Ambala and the next morning we set out once again. The weather was hot, tipping at around 45 degrees. This is when I experienced that inside the Terrano, it was quite easy to forget the weather outside. The air-conditioning is top notch and kept the passengers cool throughout. Even when we parked in hot sun and returned after some time, it would take just about a minute or so for the cabin to cool.

Our journey in the plains continued till Pathankot, passing through the lush green fields of Punjab and pampering our taste buds with one of the most delicious meals, throughout. The roads were good and the clutchless drive was so fatigue free!

Pathankot to Banihal was a route with some challenges. The climb has started gradually we were gaining altitude. Passing through the new Chenani tunnel that bypasses Patni top was an experience in its own. The 10 kms long tunnel seemed never-ending. Once we were nearing Banihal, the roads were getting bad. Broken surfaces all across and the climb as well can take a toll on any vehicle. The Terrano showed its build pretty well here as it absorbed the uneven roads with aplomb. By the advent of evening we reached Banihal and that was our halt for the night. The JKTDC resort was a cozy little place, where we got to unwind and get the feel of Kashmiri air. The next morning the road led us to Srinagar, enroute which we got the glimpse of the valley and the huge mountains. By the time we entered Srinagar the weather was changing. Dark clouds loomed over and it also rained with strong winds. It was Ramzan time and the city was full of vibrance. For the night stay we had to park the Terrano away as we headed to our place of stay by a boat. The ‘Shikara’ (House Boat) at the Dal Lake, was an amazing experience, with breathtaking view.

The next morning we had a late start and once again set off without a planned destination. The drive became even more blissful when we started reaching Sonmarg. The beautiful streams, mountains and greenery was very impressive. At Sonmarg, we got the first view of the glacier. The view was so magnificent, that I wanted to stay back there itself, though we had reached much before sunset. The beautiful scenery was too magnetic, hence we settled down there and the evening passed away blissfully looking at the skyline pierced by those glaciers. The following day, we set out early as we had to cross Zojila pass, which is quite a treacherous route. Now, I was worried about the Terrano AMT as our climb was gonna get harsh now, coupled with bad roads. But as I never expected, this SUV sailed past the Zojila pass easily. Now, there is no problem in climbing steep inclines whatsoever, but what one needs, is to get a hang of how the AMT functions, specially in a stop-go situation on a hill. As there is no hill assist, you need to use the hand brake and you are sorted. The power build up at very low rpm (below 2000), is slow, hence it is advisable to keep it at a higher rev. The Terrano never stalls, even when you feel it might have, when you stop on an incline. Just give it some time and it pulls away nicely.

Our next stop was at Drass and throughout the journey, the weather kept changing. We experienced rain and later it got very cold and a snowfall, when we least expected. I was glad the Terrano managed extreme temperatures, without budging a bit. The night at Drass was extremely cold. We had to wrap ourselves in the warmest of clothes and sheets. Despite the cold, next morning the Terrano fired up with a single crank. That happening in a sub-zero weather condition got a thumbs up. Soon we reached Kargil War Memorial and offered our homage to the braveheart martyrs. It was a moment of pride, to remind ourselves of the protection we have and why we live our lives so comfortably.

It was dark by the time we reached the second highest pass on this route, which was the Fotula Pass. The weather was freezing there at 8 p.m. and after a brief stop, we headed to our next stop which was Lamayuru. Lamayuru is famous for its Monasteries. We were lucky to be admist the Monastery festival, which takes place at the oldest monastery there. The colourful mask dance was indeed a very different experience. Many people from different nationalities had gathered to experience this annual event. We left for our next destination, which was Leh. Enroute, what I saw had indeed got me to believe it to be a different planet. The picturesque mountain ranges, brilliant roads and fresh air was a concoction hard to find in our part of the world. Our Nissan Terrano kept us going, while we were listening to a variety of music on the impressive audio system it came with. Finally we entered Leh by nightfall. We spent a day just relaxing and getting acclimatized. A visit to the local market was a given, as Leh also offers a variety of international cuisines, that too of top quality. The usual souvenir buying spree took most of our time. Once a calm and isolated city, Leh now seems like any other commercial hill station. Swarms of people infesting, if I may use the word, as bad disposal of garbage, specially plastic is beginning to take a toll on this town too. Nevertheless, the beauty this place holds, is unparalleled.

On top of the world Now was the most challenging part of the trip. The climb right upto Khardung La Pass, one of world’s highest motorable roads. The initial part of the road is good, upto South Pullu (the midway). Thereafter, it gets steeper and the roads get bad. Broken surfaces and ditches with water are a common phenomenon. Though the excellent suspension setup of the Terrano does not pass on the exact road condition to you, being careful is imperative. My worry was the quick increase in altitude and the scarcity of oxygen up there. For internal combustion engines, it may get tough to generate enough power at the top, because of an incomplete air and fuel mixture, that hampers the combustion required to produce the desired power. However, I’m glad that we had to face no such issues as the Terrano marched ahead valiantly right upto the top. This was quite an achievement and my myths about AMT were done away with. Soon, it was time for us to come down again and we just got saved for a landslide that happened seconds before we reached that spot. It generally happens that once you reach your destination, the return journey becomes easier. However for us, this turned out to be most challenging. We took the Manali route and had to encounter some of the most hazardous and dangerous routes. The scenery around changed every few hundred kilometers and some of the mountains has formations that one sees only in science fiction. Our journey from Leh to Pang and then to Sarchu was very scenic at the same time the most adventurous. We encountered the worst of roads, especially around mountain passes – Tanglang La and Baralacha La. There was ice on the roads and some of the narrow stretches needed sound navigation. The roads can take a toll on your vehicle. Thankfully the Terrano is build well and seemed robust enough to tackle these roads with ease. Sarchu was where we took our night halt. A place which is isolated and gets extremely cold at night, coupled with falling oxygen levels. The last part of the trip was equally picturesque and we could sense some civilisation by the time we crossed Darcha and finally reached Keylong. The scenery in Himachal completely changes and your are back into greenery. Keylong to Manali was another pleasant trip and by the time we reached, it was raining heavily. Our halt was at Manali and next day we finally concluded our journey in Gurugram.

The biggest take away from this road trip was that all myths of AMTs not being suitable for hilly regions or steep climbs were busted. The Nissan Terrano AMT was as capable as its manual version, however the way you treat it needs to be a little different, but the results will be the same. That powerful 1.5-litre motor can conquer some of the toughest paths, apart from the great ground clearance the Terrano offers. Now, its time to plan another road trip. With the Terrano AMT? Affirmative! 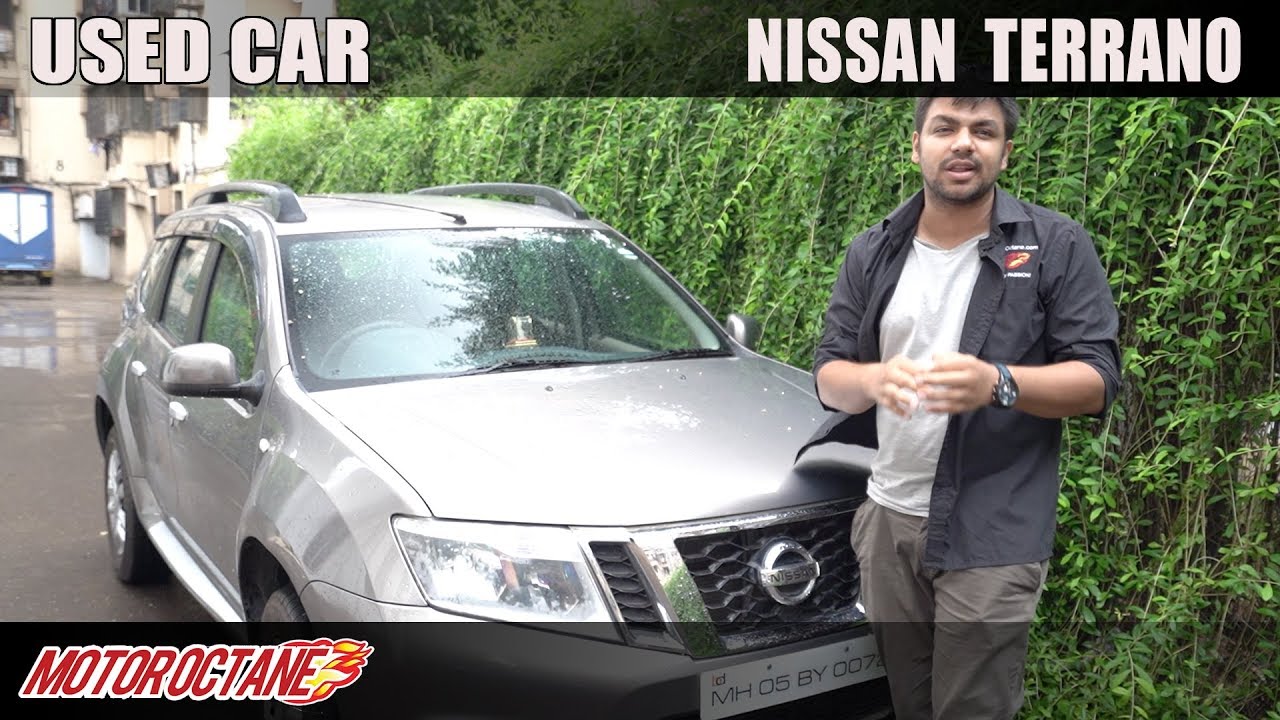