I’m going to start off not by saying how awesome a year Mercedes-Benz had in 2014 nor am I going to write about how they have started 2015 off with a bang. What I would like to bring up is that till just a few years ago the Stuttgart based manufacturer had a line-up that wasn’t even considered by anyone below 35 years of age. Some might even argue that 40 was the age to consider upgrading to a Mercedes-Benz. To be blatant it had something very “uncle” about it. The young pups stayed away from the “star” and chased the tails of Audis and BMWs, because they projected that image. That was honestly quite recent! By far one of the the best rear ends in the automotive world – Mercedes-Benz CLA.

The A-Class changed the game for Mercedes-Benz. Its looks were fantastic and more. The same young pups perked up their ears to the newest member of the starry stable and MB was turning necks and catching glances once again. But that was the A-class. With the CLA, Mercedes doesn’t just turn necks; it snaps them right off! The CLA gets her jaw-dropping looks from her stunningly beautiful mother, the A-Class and her suavely handsome father, the CLS-Class. I’d say she’s like the teen supermodel every guy is chasing in college. I think I said some similar stuff in my review of the CLA45 AMG- this car fitted with jet propulsion. The nose is very similar to that of the A-Class but instead of getting the silver diamond grille, MB has provided the CLA with a black diamond grille for a more aggressive stance. The hood is just like it is in the AMG car, it gets two contouring lines on the bonnet that Mercedes calls “power-domes.” Call them whatever you want, those lines make the front end even more appealing than it already is. The sides get distinct lines that extend all the way to the tight rear end and culminate in beautifully laid out LED tail lamps. I don’t know how Mercedes has done it; though the car may be standing still it has a silhouette that depicts an urgency of motion. The trunk gets a tiny curve upwards that acts as a diffuser. All these design aspects and contour lines etc give the CLA the lowest drag coefficient any sedan has ever seen. With a 0.24 Coefficient of Drag (for the technically- passionate out there) the CLA is the slipperiest car in the MB stable and moves on the road causing barely any disturbance to nature’s elements, which is very good if you ask an aerodynamic geek. This movement happens on intricately designed 17-inch rims and Continental tyres. Dimensionally the CLA has the same wheelbase as the new C-class- 2699mm. Don’t let this make you think it is based on the C-Class, this car is very much an MFA platform car. One of my favourite aspects of this car is that it comes with frameless doors. That’s right! The windows may be small but roll them down and open the door creates an immediate break in the routine framed door life of this world.

Mercedes-Benz has made a few differences to the interior of the CLA. Yes, it looks very fresh; though it may seem similar to the interiors of the A-Class it is not.

What remains the same is the layout but the buttons are clean and new and the screen for the COMAND system has been replaced by a five-inch HD display and has been installed with the latest operating system. The same one we have seen in the new S-Class. The COMAND system now comes pre-loaded with Garmin GPS navigation and web-access via Bluetooth tethering. This feature is only active when the car is not moving but that is no reason to shy away from this beauty. The music system has been provided by Harman/Kardon and their Logic 7 set up.

That’s top notch for a car in this segment, but MB knows what they are up against and compact luxury seems to be the next big thing in the Indian market.

The CLA is most likely to be owner driven and is aimed towards the young modern family. Two in the front and two in the back is ideal for this car. The coupe stance of this car does make the rear headroom on the tighter side but I doubt too many tall people will be sitting in the back seat of this car.

That is the trade-off though, sexy car = compromised headroom. It’s a pretty good deal if you ask me. The panoramic sunroof is a great touch. This makes the car look quite spacious, especially for those in the front seat. The trunk of the CLA is bigger than any customer would imagine. I was quite taken aback when I saw it first in the AMG version. It is 470 litres and can hold quite a bit. If you have bigger stuff well Mercedes has provided the CLA with a folding rear seat so as to make for a bigger trunk. There is a small loading door as well that opens into the cabin of the car via the rear centre arm rest, this can be opened only from the trunk.

Safety wise Mercedes-Benz has never been known to skimp out. Six airbags is standard equipment in this baby beauty.

The CLA’s driving dynamics are fantastic.

In India, MB are launching the CLA in two variants. The CLA200 (petrol) and the CLA200 CDI(diesel).

Let’s talk about the petrol first. Unlike the A-class’ turbo-ed 1.6-litre engine, the CLA gets the more powerful 2.0-litre turbocharged four banger that produces 181bhp and 299Nm of torque. The engine revs all the way to 6200rpm and comes mated to Merc’s latest seven-speed double clutch transmission (DCT). This engine is in no way a slouch. Low end and mid-range is where this engine is meant to sit at. The torque band is the mid-range is fantastic, making over-taking at higher speeds easy.

This car has the least Drag Coefficient ever!

In the “E” (efficiency) mode the engine is quiet and composed, shifting gears early and maintaining good fuel efficiency. Changes in pressure on the throttle translate to changes on the speedometer quite smoothly and immediately. There is minimal lag. To be honest this is the best mode for everyday driving and highway cruising. Switching the car to “S” (Sport) mode allows the driver to hold the gear till the end of its rev range before shifting to the next cog. Downshifts upon pressing the throttle all the way are quite quick and jerk free. “S” really shows a different side to this car. Mercedes has equipped the CLA with paddle shifters as well for those keen on feeling like race-car drivers and wanting complete manual access to the transmission. You can pick which mode suites you the best. I have a feeling Mercedes-Benz has fiddled with the exhaust as well because the CLA200 has a beautiful exhaust note. Pick up the rpms and the exhaust seems to come to life, let go of the gas pedal and the grunt slowly subsides. I will say that it is definitely more enjoyable for those on the outside of the car.

The CLA steering wheel is decently weighted and comes equipped with Paddle Shifters.

Speaking of great noises let me tell you about a sound that is not so great. Yes, I’m talking about the clattery oil-burner MB has installed in the CLA. The diesel engine for this car is a 2.2-litre turbo-diesel producing 139bhp and 300Nm of torque. It is quite loud at idle but it really starts to grunt when you take it past 3500rpm. Anyway, it may not be the quietest of engines in the market but it still is makes for a wonderful drive. The power delivery is linear and torque is on tap throughout the rev range. At cruising speeds the engine is pretty much silent making you question whether you are really being propelled by a diesel or not.

The CLA has an amazing ride quality

What surprised me the most was the ride quality. For India, Mercedes has increased the ride height as compared to the global spec car but that doesn’t mean the handling has been compromised. The CLA handles as good as it looks. There is a certain suppleness and fluidity in the suspension setting. What used to be quite a thud in the A-Class has now turned into a minor blip in the CLA. At higher speeds the ride and handling gets even better giving the driver great confidence in the vehicle. Speed breakers are no issue for this car!

Clarkson (Topgear UK) would say that the CLA is quite a serious car. It is quite difficult to unsettle and being a front wheel drive car with a heavy nose it doesn’t seem to enjoy too much of nonsense. Straight lines are great in the CLA and cornering is flat. Like all other Mercs, the steering wheel is quite light when it comes to feedback but it’s responsiveness is accurate. In plain and simple fact, the CLA’s confidence instilling drivability is one of it’s biggest USPs. Sit behind the wheel of the CLA and the car delivers this certain level of surety that makes a hell of a difference to anybody’s driving style.

MB calls it the Style Rebel!

To conclude, all I would like to mention is that with the CLA, Mercedes-Benz has brought a winning product to it’s fleet. There is no doubt that the car looks alluringly enigmatic. It brings out that desire of wanting to own one. Call me biased but the CLA does have very minor flaws, but that doesn’t stop it from being an option for the best compact luxury sedan money can buy you.

The new C-Class has created a benchmark in executive luxury cars. Because of that it has moved up a segment. I mean for the price of a C-class in India one might even consider buying a 5-series or an A6. What one can rightfully assume is that the Audi A3 is a direct competitor to the CLA. What Mercedes-Benz say is that this car will definitely not be cheaper than the baby Audi which means for the price of a CLA on road you might even get a 3-series on discount. Mercedes-Benz will be announcing the ex-showroom price on the 22nd of January.

The Mercedes-Benz CLA is quite the winning product. Let’s hope MB prices it right.

Considering all the features and the over-the-top level of premium-ness Mercedes-Benz has filled this car with and bringing into focus that the first few batches of the CLA will be CBU vehicles, the high price is quite justifiable. In the end, one can argue whatever they like, what the CLA does is brings that three pointed star within reach. Which brings me back to how I started this article, the old days of Mercedes styling are history. Pull up in a CLA and you’ll be sure to grab some attention. 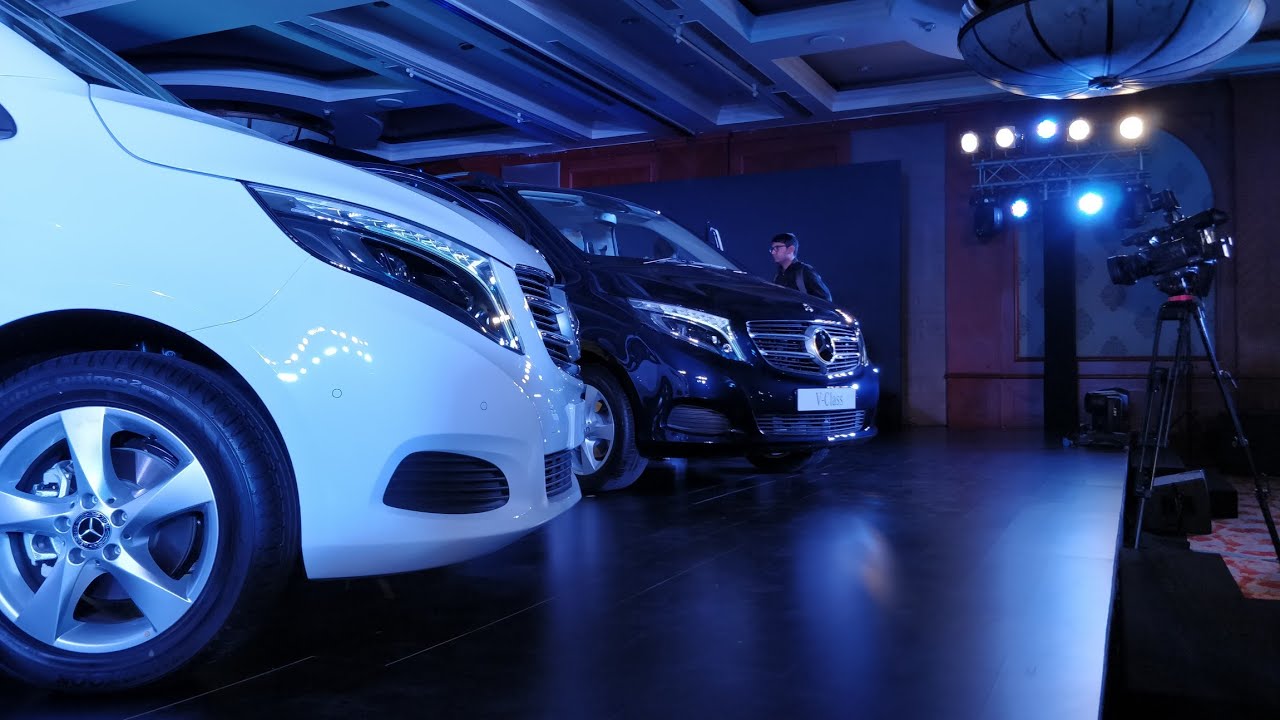