We compare two of the most popular premium hatchbacks, namely the Swift and Baleno to help you do away with your dilemma of which car would suit you best. Here we have: Maruti Swift vs Maruti Baleno Comparison. The Swift has been the best seller and one of the most popular cars in the country for a long time while the Baleno is the newest entrant into the premium hatchback space. Let’s see how these two cars compare against each other. The Maruti Suzuki Swift is in its second-generation and its design has been inspired from the previous generation model. The new Swift is more of an evolution over the older model and gets certain upgrades which were desired in the older Swift. The Swift is bigger in dimensions as compared to its earlier model. A facelift that was launched in 2014 got minor upgrades for this premium hatchback. The revised version of the Swift got a new front grille with a minor upgrade for the fog lamps. There is a chrome insert around the fog lamps. The side profile remains untouched other than the alloy wheel design. The rear door looks a lot smaller than the front one. This indicates more space in the front than the rear. The rear of the Swift hasn’t seen a major change either.

The Maruti Baleno follows the new design language of Suzuki, which is the Liquid Flow theme. The articulation from the curving lines and the expressive surfaces is what forms the shape for the Baleno. The fascia of the Baleno has similarity to the Swift. The honeycomb mesh black grille along with the headlamps get a Swift-like snout. This is however, a lot wider and bigger. The integrated LEDs in the headlamp makes the Baleno look contemporary.

In this department, the Baleno is the more attractive of the two and also stands out in a crowd. The Maruti Suzuki Swift has all black interiors, this has been done to make it look trendy, and sporty. This has been done on purpose to separate the audience and their liking with its sedan version, the Dzire. The Swift has a three-spoke steering wheel with twin dials for the instrument cluster, a centre console that has an integrated music system with bluetooth connectivity, USB and aux too. The Swift even gets reverse parking sensors, push start and stop and keyless entry. The front row seats on the Swift are large enough for six foot adults and hence comfortable. The rear seats on the Swift are a bit tight when it comes to knee room and even the boot size at 204 litres is extremely small. Maruti Baleno has a fresh set of interiors. This premium hatchback has an all-new interior design unseen on any Maruti earlier which look very sporty and are also black in colour. The instrument cluster is made up two dials and a driver information system. The three spoke steering wheel has buttons for answering and rejecting calls and even for switching music. The top-of-the-line variant of the Baleno has a touchscreen system with Apple CarPlay. The Baleno has a large boot of 339 litres which makes for better utility as well. There are a lot of stowage spaces on this premium hatchback to keep the knick knacks. The Baleno even has bottle holders to keep one litre bottle in all the four door pockets.

The Baleno has more modern and much more spacious interiors. It also offers more features as compared to the Swift.

The Maruti Suzuki Swift has a 1.2-litre petrol engine that churns about 82bhp of power and 115Nm of peak torque. This engine is mated to a five-speed manual transmission. One of the strong USPs of the Swift is its performance in this petrol engine. This is one of the most powerful engine when it comes to the real world driving. There is not much of a requirement to shift gears that often while driving in the city. This where the Swift stands ahead of its competition.

The second engine on the Swift is the Fiat sourced 1.3-litre diesel that churns about 75bhp of power and 190Nm of maximum torque. This diesel engine doesn’t just have good  performance but even the driveability is improved on the new generation Swift. This diesel engine has good power at most of the engine speeds. It means it is a lot easier to overtake in city or even the highway without having to downshift. There is some amount of diesel clatter but then it does reduce once the engine warms up. While both cars have the same set of engines, it is the Baleno that offers better performance owing to its light weight. The Swift is one of the few Suzuki cars which we like when it comes to handling. The chassis of this hatchback is responsive and changes directions without much of a hassle. It is agile and it does well around bends. This is one of the strong points of the Swift. This chassis has been built to handle higher power, hence with the given engines, it does a good job. The ride on the Swift too is quite composed but can be a bit harsh on bad roads. The ride of the Baleno is pliant and tuned to offer comfort. Drive it on bad roads or even broken tarmac, the ride quality is good as the suspension irons out most of the bad road bumps. The long wheelbase is the reason for a better ride quality. This makes a great pick for city driving.The handling of the Baleno is good enough. Straight roads, twisties are easily taken by this premium hatchback. The steering feels a bit disconnected on turns but its all about getting used to it.

In terms of ride the Baleno is superior but the Swift is as good in the handling department.

The Swift is the more established player of the two and a even a highly proven one. The Baleno on the other hand is the newer and more modern of the two. The Baleno also looks much more premium and is bigger than the Swift, offering more space and practicality.  But the Swift is our pick of the duo. 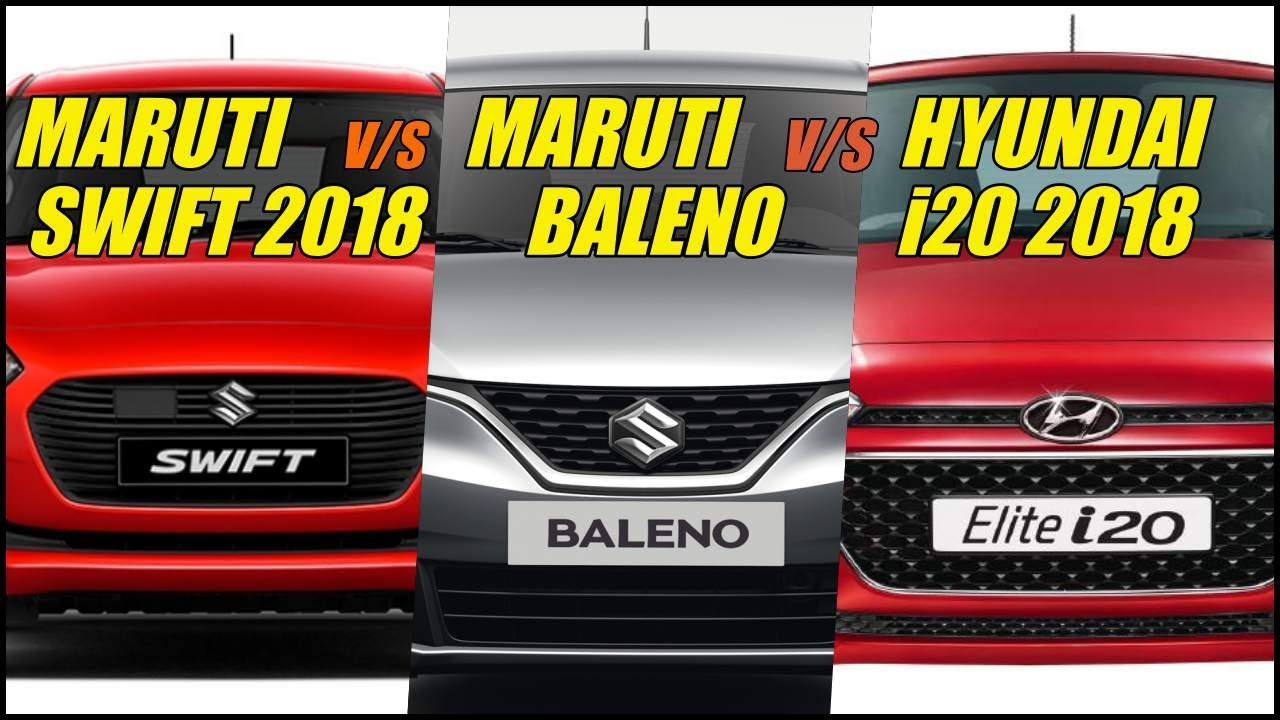