The motorcycles from TVS have always been rugged and reliable.The company takes its time in launching new products and doesn’t bother much about the rat race. The Apache RTR series is an example of this. TVS has brought in the TVS Apache RTR 200 4V. Known for their brisk performance, sweet handling and strong styling cues the Apache series are an enthusiasts favourite. How good is the Apache RTR200? Is it better than competition? We find out in our detailed review.

The RTR DNA is returned in the TVS Apache RTR 200. However there are plenty upgrades that this bike gets. The Apache RTR 200 4V definitely looks better in real than in images. The front gets a fang-inspired headlamp design and also LED DRLs. The sculpted tank has plastic shrouds covering it while the fuel tank is engulfed inside. The aircraft type fuel lid is a flip type one and is offset on the tank. TVS have finished the keyhole flip cover in a bright red, giving it a striking look.

The engine cooling has been well thought of with tank extensions that have ram-air intakes to help force-feed air around the head & block. The split-seats are very good and gel well with the overall styling. TVS have worked on the seat cushioning as well as the cover and this offers a nice feel. The grab rail is well sculpted and so it the tail piece. 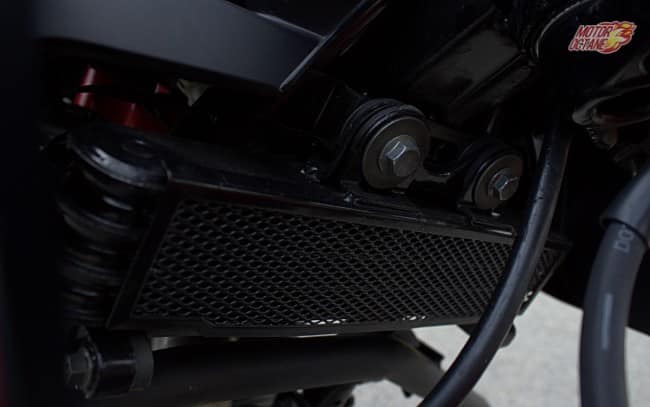 This engine of the TVS Apache RTR 200 has a wide power band from 200 rpm to 7000rpm. This is an oil cooled engine and comes in carbureted as well as fuel injections versions. TVS categorically stated that they have taken a conscious decision to focus on real world riding on city streets rather than mere specs on paper. A fully digital console finds its way in the TVS Apache RTR 200 4V. A first of any TVS bike, it sure will be carried over to many other models as well. It includes the speedo and tacho, a trip-meter and an odometer. The trapezoidal-shaped unit looks good and there is a red indicator for the redline. Buffed levers and high-quality switch gear add some class to the bike. The TVS Apache RTR 200 is underpinned by a brand new chassis. It gets a twin-cradle arrangement that makes it both light and durable. The TVS Apache RTR 200 is positioned in the middle of  the Pulsar NS200 & Duke 200, coming in at 148kg (o.5 kg extra for the EFI version) bettering the Pulsar 200 NS by three kilos. The KTM is still the undisputed leader of the weight front in the 200cc segment. On the suspension front, the TVS Apache RTR 200 4V gets 37mm Kayaba (KYB) forks at the front. While using a mono-shock unit at the rear,which is again a first time for TVS. The TVS Apache RTR 200 has two tyre options. One being their self-manufactured Remora compound tires, while the other is a Pirelli one. The latter comprises of the Sport Demon at the front, and the Angel GT at the rear. Braking duties are handled by a petal disc setup at both ends (270mm and 240mm, front & rear, respectively). 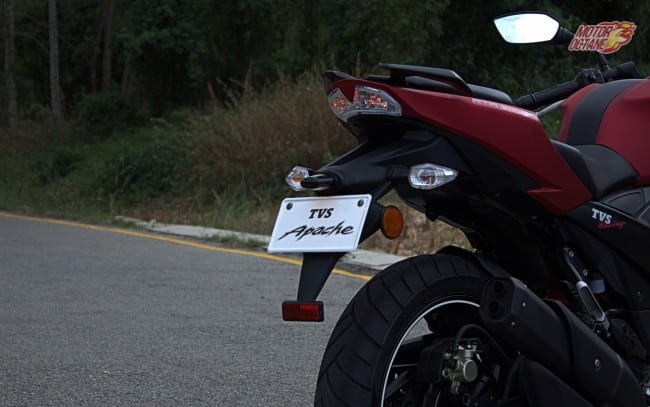 The TVS Apache RTR 200 does not have a kick-starter. The company revealed that they paid particular attention towards tuning the exhaust note to sound more emphatic and it sounds good. Acceleration is brisk. Usable power band was immediately evident while revving the bike through the gears. Riding at the 90-100 km/h range should be no problem at all for the TVS Apache RTR 200. The sheer level of refinement from the engine at that speed is something that buyers are going to come to love on this machine. Riding the EFI version of the TVS Apache RTR 200 was an even greater revelation. It simply make the carb-version redundant from the time you thumb the starter. The growl from the exhaust is a mite deeper and the throttle response simply blows the carb-version away. Right from the word go. There was a close to 5% difference in the time and speed that I could carry on the track. By the end of the short-session with the EFI variant, I’d stretched that gap on some sections to over 10%.  The EFI variant of the TVS Apache RTR 200 is certainly better to ride than the carbureted one. 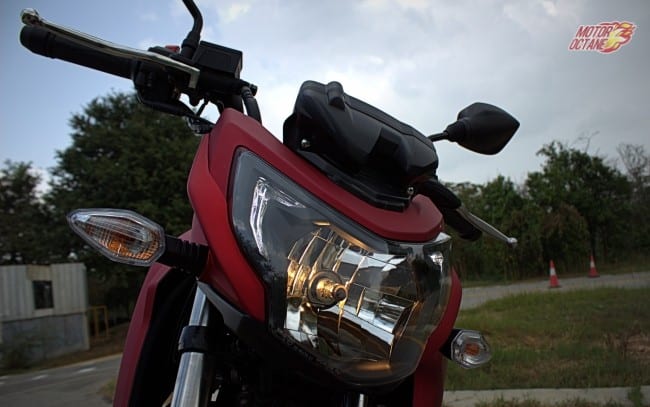 The TVS Apache RTR 200 is offered in Matte Red, Matte Yellow, White, Matte White, Matte Gray, Matte Black and Black colour options. Both the colours are made available on Fuel injection and carbureted versions. Unlike some other bikes on offer. TVS is offering white and matte white, two shades of white for this motorcycle. 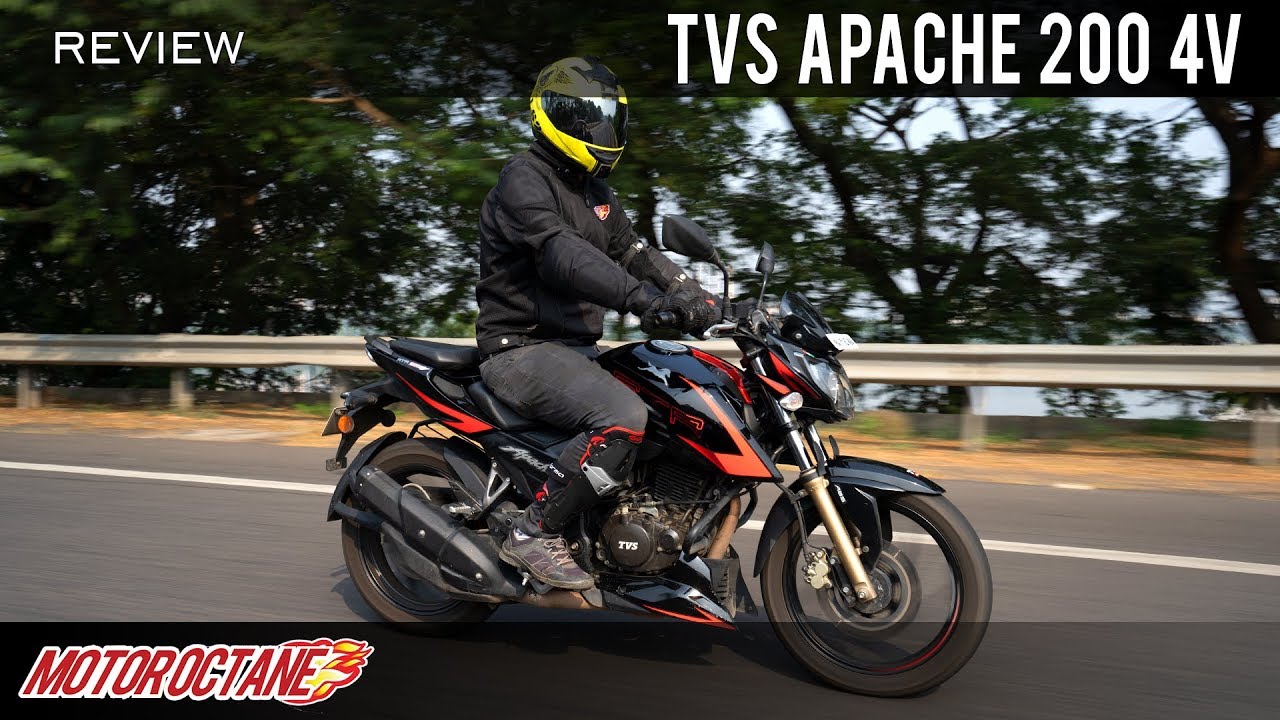