The 140bhp Fiat Avventura has gone on sale and this is the fastest compact crossover available in India. Now, the Avventura comes with PowerTech. This has a 5-inch touchscreen system with navigation system. The Punto Evo Sportive was the first to get this system now it has been made standard across all variants. The Avventura gets these additional features and has been renamed as Avventura PowerTech. It is made available in three variants, Active, Dynamic and Emotion. The exterior styling of the Avventura hasn’t changed much. It still retains the same Fiat badging to start with. The Avventura doesn’t get any other update other than the Scorpion alloy wheels. These wheels look stunning and then there is also the badge that reads powered by Abarth. The Avventura looks extremely sporty and subtle in black colour that our press demonstrator came in. The Avventura’s front possesses the same slender front grille with chrome surrounds and skid plates at the bottom to avoid scraping of the body and paint. The side profile looks appealing with the aluminium roof rails and the thick matt cladding with Avventura embossed on it. The rear possesses a wheel mounted on the tail gate. This wheel is actually mounted on a frame that slides open and then the boot pops up like a hatchback. This is a bit lengthier process and if you have loads of stuff in your hand, one can’t open the boot with one hand. The Scorpion alloy wheels change the complete appeal for the crossover. Fiat has good a great job with the styling of the Avventura and this version even looks a lot more hot. The interiors of the Avventura too remain unchanged. The Punto has different interiors but the Avventura still has the same interiors like the Avventura Emotion variant. There are no extra added features or no change even in the cosmetics. The tilt meter, compass and even the angle of approach and departure dials are there above the centre console. In terms of features there are integrated music system with Blue & Me (no audio streaming), twin airbags, ABS, steering mounted audio controls, all four power windows and Follow Me Home headlamps. On the inside, now with the Avventura PowerTech coming up, it has a 5-inch touch screen system with navigation as well. This is a good addition on the Avventura. Hence, in terms of features it now comes feature loaded. There aren’t many features that go missing on the Avventura, when compared to the competition. The Avventura’s front seats are large, but are decent when it comes to comfort. The side support isn’t that good and this is one area where some more work has to be done. These seats are fine for short trips, it is however for long journeys that the seats will feel uncomfortable. If two tall people sit behind each other, the space will be a bit tight. The boot size is good too however it is the accessibility that is a bigger concern. The engine on this Avventura is a1.4-litre T-JET with the Scorpion logo on it, when you pop the hood. This engine churns out 140bhp of power and is certainly the most powerful crossover in this price bracket. We thought that the Avventura will be a somewhat sporty exhaust note, but it is more on the quieter side. Push the accelerator and a gush of boundless torque is released when the turbo kicks in. This is the fastest crossover under INR 13 lakhs one can buy. Driving in city and overtaking on the highways is a joy. Driving the Punto and the Avventura with a 140+bhp engine is highly addictive. There is a lot of torque steer in the Avventura. Go pedal to metal and there will be a slight pull towards left. The gear lever on the Avventura is notchy and this is the only chink in the T-JET armour. The gear lever has good grip and most of the throws are positive. The fuel efficiency of the Avventura is about 6-9km/l, depending how do you drive. A light footed drive will return much better figures, however, with this car, you cannot drive slow and you will not want to go slow. So, mileage will be the last thing the owner will want. The ride of the Avventura is pliant. It soaks up bumps with ease and driving on smooth or bad roads isn’t a hassle as the suspension does a good job. Despite the good ground clearance there is no body roll and the Avventura does well when it comes to handling. It is fun to drive even on winding roads or twisties. The hydraulic steering wheel is chunky and good to grip. The response from this steering is good and this is the only crossover in this segment that even today offers a hydraulic steering mechanism. The Avventura is certainly a fun-filled crossover and it is a complete joy to have. But then there isn’t exactly a crossover and our choice will be the Abarth Punto. Both have the same space and the Abarth Punto has a better suspension set-up too. The pricing is the same for the two, so it is the Punto that we will recommend. 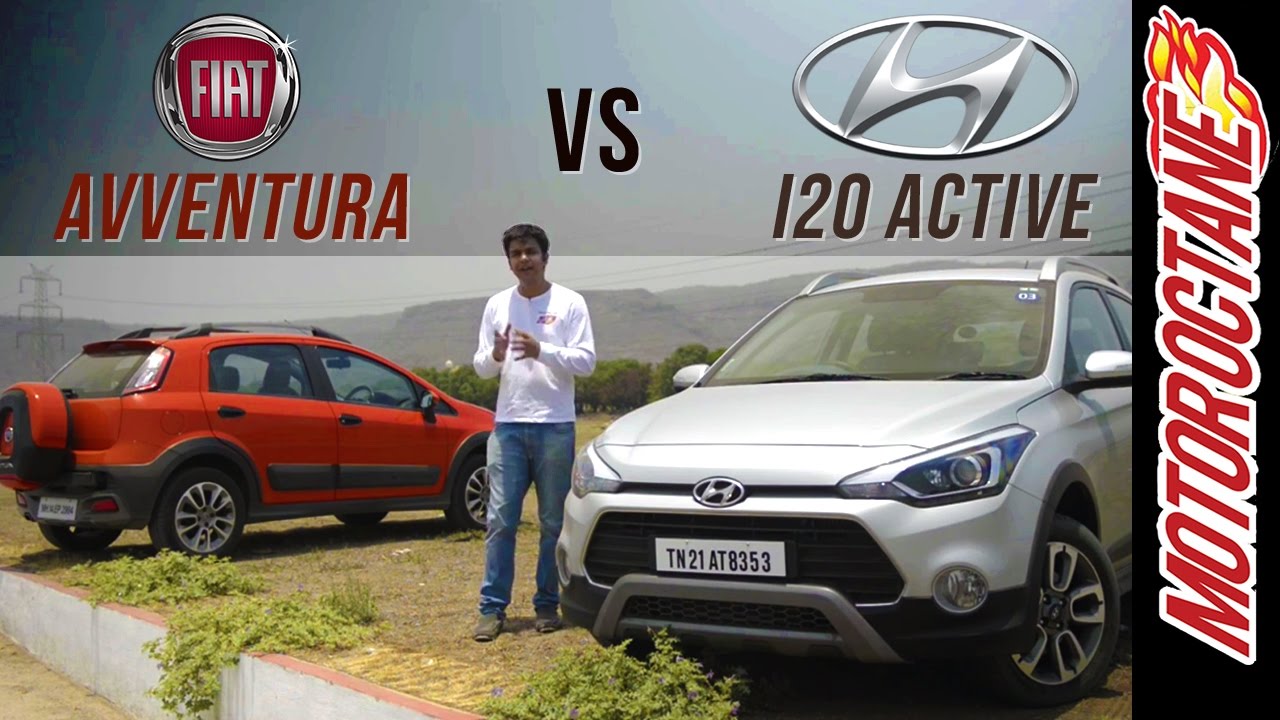