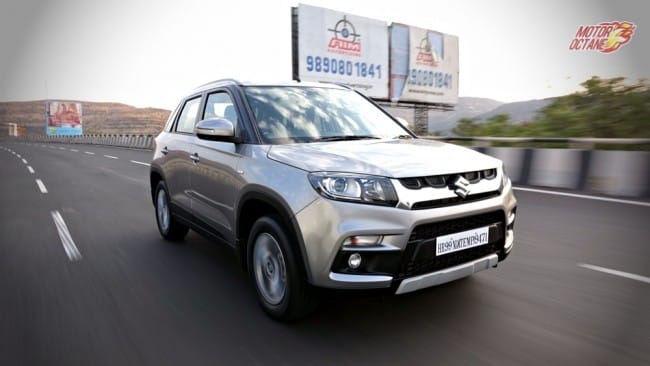 Maruti Vitara Brezza has been one of the best sellers for Maruti in recent times. This sub 4 metres SUV is a strong challenger in its segment. Maruti wants to dominate the SUV segment and hence is introducing several SUVs in different segments. The latst being the Ignis. The Maruti Vitara Brezza is the company’s first SUV after the Grand Vitara. We were the first ones to bring the news of the Vitara Brezza to you. How good is the Maruti Vitara Brezza? We share all the details.

This SUV uses one of the most trusted engines. A Fiat-sourced 1.3-litre diesel mill, which does duty in several cars around the world.  It is quite a silent engine. The power that this one produces isn’t phenomenal and even the turbo boost doesn’t give that kick. But the engine is highly drivable as one doesn’t requires gear shifts that often when driving in the city or even on the highway. It has a good mix of city and highway driving conditions.

The Maruti Vitara Brezza has more than sufficient power to overtake with ease. There isn’t much torque available above 4000rpm, its better to up shift. One can comfortable cruise at 70 km/hr even in the top cog. There is a five-speed manual transmission available at the moment. The company will be introducing the five-speed AMT also. But not at the moment.

The Maruti Vitara Brezza does not have big butchy looks, however, it is enough to give it an SUV stance. This one has good road presence and differentiates itself from other Maruti cars. Maruti Vitara Brezza has smoked headlamps and a thick chrome front grille. There are bull-horn shaped LEDs, however, there are no daytime running LEDs in it. We would have preferred DRLs there. They are just parking lights. The side profile of the Maruti Vitara Brezza is boxy with a sloping roof to make it look SUV like. The black body cladding make it look like a proper SUV. The rear is quite simple and has an integrated spoiler. The tail lamps are also simple and there is a chrome plate with Brezza branding. 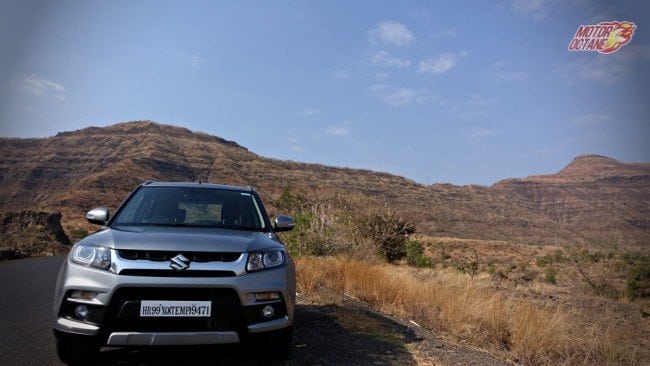 In the top-most variant, the Maruti Vitara Brezza comes with dual tone colour scheme as well. This makes it look attractive and different on the road. Maruti is offering a lot of extra accessories on the Maruti Vitara Brezza, which are available as a dealer fitment. The 16-inch wheels are standard on the Brezza. The ZDi variants gets alloy wheels and wider tyres (215), while the other variants get steel rims.

Interiors of the Maruti Vitara Brezza are all black. The same regular Suzuki steering wheel is carried forward on the Brezza. To our dismay, it is very thin and not that good to grip. The instrument cluster has twin dials and driver information system, which can change its backlight. The centre console consists of a touchscreen infotainment system with maps, bluetooth and reverse parking camera. This is available only in the ZDi+ variant. 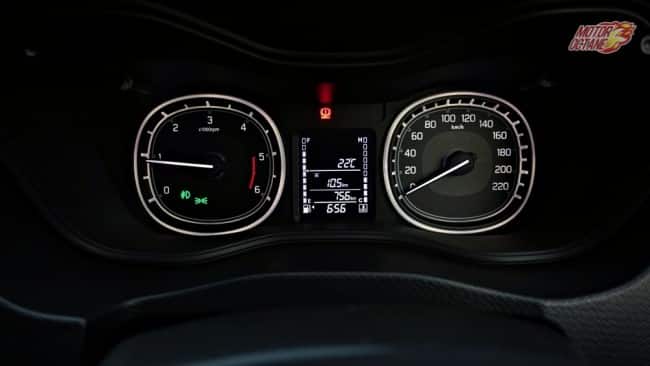 Both seat rows have very good space. The front seats provide sufficient back and side support. The second row bench could have had better thigh support. There are no AC vents for the rear passengers in the Maruti Vitara Brezza. Even the boot size is small at 328 litres. This will be one of the major downsides as even the rear seat doesn’t fold flat. The access to the boot is also poor. This is an area where the Vitara Brezza take a beating. There are several hatchbacks which provide more utility.

The Maruti Vitara Brezza has great mileage. This is primarily because of the light weight of the SUV. It has mileage as good as a sedan.

At the moment, the Maruti Vitara Brezza comes only with a diesel engine. A petrol engine is expected soon.This SUV will be offered with four variant options for manual – LDi, VDi, ZDi and ZDi+. There are three variants for the AMT, VDi AGS, ZDi AGS and ZDi+ AGS. The optional variants are the ones that get dual airbags and ABS. Else the Vitara Brezza comes with a driver airbag as a standard feature. 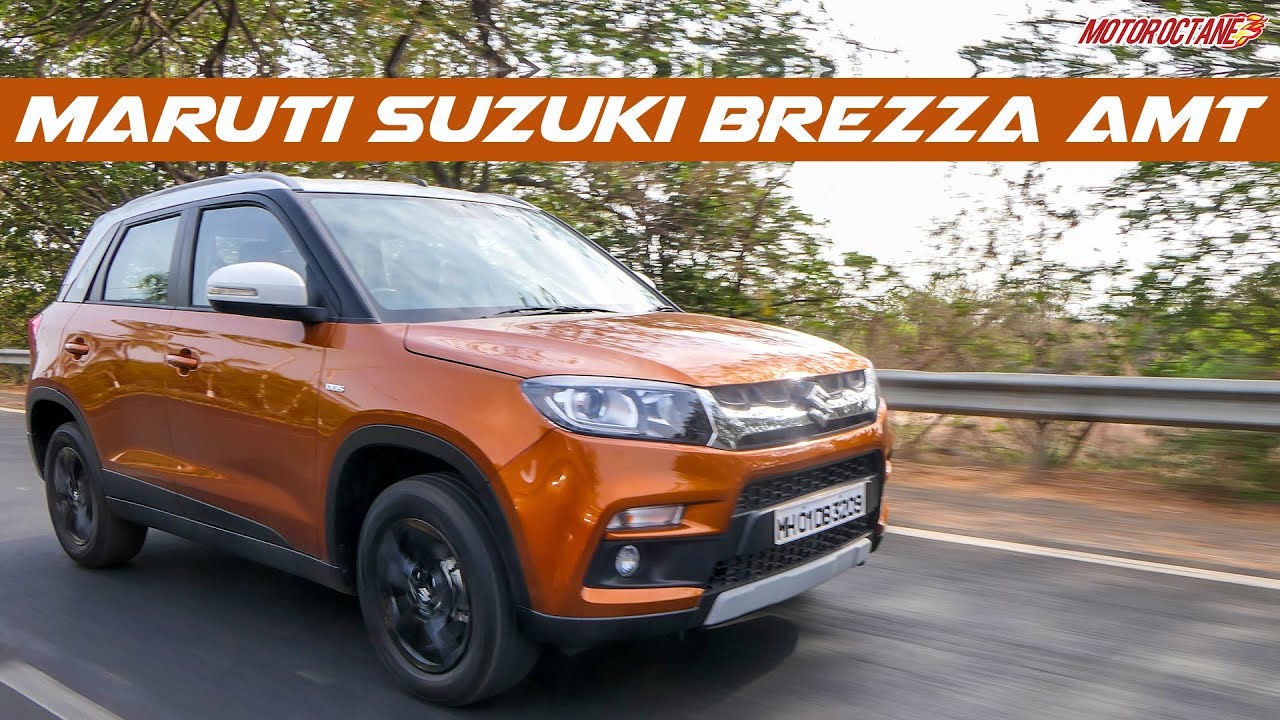