The Datsun Cross has been around for more than a year now. This is based on the Go Cross concept vehicle shown at the Auto Expo 2016. The production version is called ‘Cross’ and is already on sale in India. It will be built on the same platform as the Go+. The Datsun Cross is a crossover that will stylish and even feature loaded. It will get many first time features that will enhance its appearance and also offer good utility. Datsun would want to make this crossover success, knowing that there is currently very little competition to it. There has been a long wait for this vehicle. It was earlier showcased at the 2016 Auto Expo. Before we go ahead with any more details, the Datsun Cross will be expensive when compared to the Go+.  But it is a lucrative market for manufacturers to offer buyers an SUV at the price of a hatchback. It has similar dimensions to the Go+, but it has a lot more features and it will be premium. This is what makes the Cross more upmarket. So if you are in the market to get a 5+2 seater, the Cross can be a good option to consider for the Indian car market.

So is a 7 seater sub-four-meter SUV the answer for Datsun in India? What should we expect? Find out more below.

The Datsun Cross will be coming to India later this year. The vehicle will come around the festive season which is October. This will be in a very different class when launched as it will be the most affordable 7-seater crossover in the country along with the Maruti Wagon R 7 seater which is being planned soon.

The Datsun Cross price will be about ₹ 5.5 lakhs to ₹ 7 lakhs. This will make it an affordable crossover in the market. There will not be much direct competition to it. We aren’t certain if the Go+ will be continued on sale. Maybe, that will see a reduction in pricing then. This is likely to replace the Go+, or only the lower variants of the Go+ shall be made available. This will be a tad more expensive than the Go+ as there are a lot more features on offer. In Indonesia, the Cross is priced about 49% more than the regular Go+. 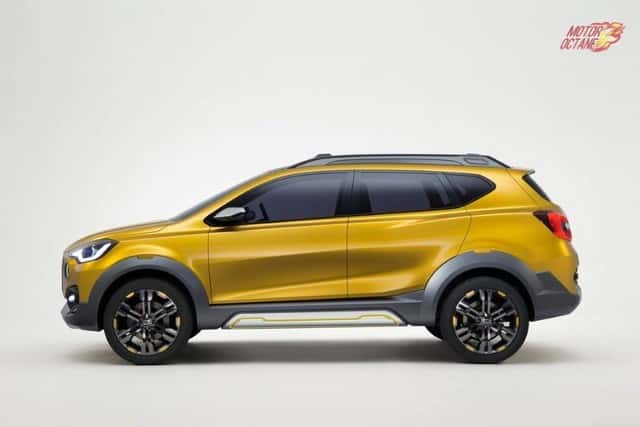 This will not be an all-new design. The Cross is based on the Datsun Go+. This is a sub-4-meter vehicle that has been redesigned to make it look stylish and attractive. The Go+ was a simple and straight forward design. The Cross gets some paparazzi treatment to make it change its styling. The front grille looks more trendy, the headlamp design is sharper and stylish. The side profile is similar to the Go+. There is a body cladding that runs across the body. The Datsun Cross looks a lot more rugged and appealing. It now has road presence and the design looks futuristic. The design and styling will be the selling point of the Datsun Cross. This will make many consider this vehicle for its appeal factor. The ground clearance also will be higher and this will give the Cross a lot of flexibility. The high ground clearance will make it attractive for rural customers as well, who look at buying 7-seaters, with higher utility. This vehicle carries a lot of elements from the concept vehicle, as evident from the teaser image. The Cross will also get LED daytime running lights and projector headlamps. Styling will be key for the Datsun Cross to be a success. As of now, there is no trendy and such an affordable 7-seater vehicle in the country. The success mantra of Datsun could be lying in the Cross. It is to be seen how the company would try and cash in on it. On the inside too, the Datsun Cross gets multiple changes. The dashboard will be similar but will get a new treatment. This will be shared with the newly launched Datsun redi-Go. In terms of styling, it will get modern and fresh styling. There will be an improvement in interior quality and design. The steering wheel will be borrowed from the redi-Go. There will be a music system, two speakers and ABS will be offered as a standard. This vehicle should get a touchscreen system too on the higher variants, which will make it an exciting option to consider. The grey upholstery of the Go+ is likely to be replaced with something more appealing like black.

Adding the dashboard of the redi-GO will be good, as it looks trendier and also stylish. In black colour, it looks classy as well. The fit and finish on the red-GO are good and the same will be found on the Cross as well. The touchscreen might be shared from Renault. This would be 1 6.75-inch display. Black interiors will make the vehicle look more sporty.

The last row of seats aren’t for adults but have more than sufficient space for kids. Then the boot space is large if you drop down the third row of seats. This is what makes it a comfortable drive for those who are looking to drive a highly comfortable and practical vehicle.

For the Indonesia market, the Datsun Cross has been launched with a 1.2-litre petrol engine. This is a three-cylinder that has already been powering the Micra Activa, Go and Go+. This engine churns 67bhp of power and 104Nm of maximum torque. This mill will come mated to a five-speed manual transmission. The same engine is also offered with a higher state of tune. This one churns about 77bhp of power and the same 104Nm of torque. This engine will come mated to a CVT instead of a 5-speed manual. This higher performance engine comes from the Micra CVT. Nissan had launched the Micra petrol in India with this engine. The strong point of this engine is its performance. It doesn’t feel underpowered at any time. There is more than sufficient torque to overtake with ease. Even the CVT box is responsive. It gets throthy when you go hard on the accelerator.

We don’t think a diesel will be offerd any time soon or from the launch of this car with BS6 coming. But there is a high possibility that this may be the first model in the Datsun line-up to be offered with a diesel engine, which, in this case, will be the 1.5-litre dCi which is used in many Nissan and Renault models. The Datsun Cross will see the addition of some new features like 15-inch alloy wheels, ABS and also a touchscreen system. There will be many styling elements as well like a blackened grille, body cladding all around. There will be a rear spoiler as well. It will also get projector headlamps, which will be one of the highlights. The LED daytime running lights look cool on this car and add a lot of flair. It is yet to be seen what design of alloy wheels the Cross be shod with. Most likely, they will be 15-inch ones with a diamond cut finish. This will add to the looks of the Cross and make it more attractive.

The mileage on this new crossover won’t be changed much. It will have an ARAI figure of close to 18 km/l, while in the city it should return 13 km/l. On the highway, it will be close to 17 km/l. This will be the economy for the manual transmission. We aren’t certain when will the AMT version be launched. The AMT version will first be seen on the redi-GO 1.0. This will be the same unit as the Kwid, in all probability. There will be seven colors on offer on the Datsun Cross. These will be Black, Silver, White, Grey, Amber, Copper and Ruby. The launch color for this new Cross is Amber. This is the same color that was showcased on the prototype that was showcased in India.

The main competition we can see this car facing in the near future will be the upcoming 7 seater version of the Maruti WagonR. 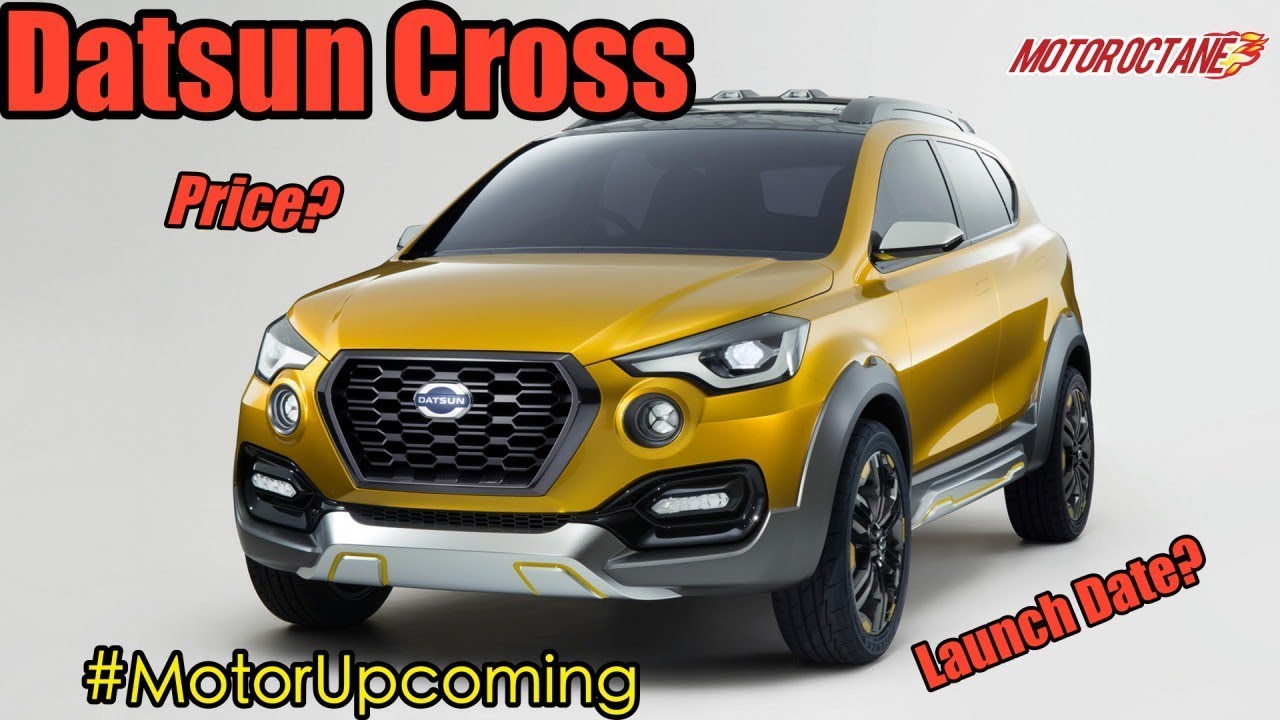