Toyota has announced it will be launching the Hiace sometime early in 2016. One of our readers shared the images of the Toyota Hiace as it was doing test rounds on the Pune-Bengaluru highway. The luxury van did carry the “ON TEST” tag, however it was registered as MH 12, instead of the regular KA 42 (of Toyota), which indicates it could be undergoing ARAI tests at the moment.

The Toyota Hiace will be powered by a 3.0-litre diesel engine that will produce about 168bhp of power and this will come mated to a five-speed automatic transmission. There won’t be a 2.5-litre, as rumoured earlier. The Hiace that will make it to India will be the “Grand Cabin Long Wheelbase” version. 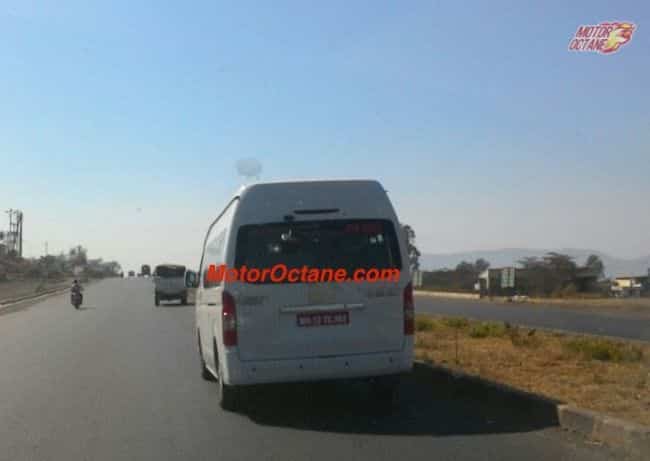 The Hiace will be priced at about Rs 33-37 lakhs (on-road), a little more than the Fortuner. The Hiace is based on the IMV3 platform, similar to the Innova (IMV4) and the Fortuner/Hilux (IMV5). Toyota had announced that it won’t be launching any new products this year, and will be introducing revived versions of its current products.