Home Bikes Yamaha Fazer 25 – All you need to know Yamaha Fazer 25 has finally been launched after a lot of speculation. This is the company’s first tourer bike/fully-faired bike that comes with a 250cc engine.The new Fazer 25 is based on the same FZ25 diamond platform and it does share a lot of elements that are similar to the FZ25. Yamaha is looking at enhancing its sales in India and help to attract more buyers. The FZ25 has been a runaway success and the fully-faired version will add more numbers for the brand. Apart form the looks and some minor tweaks, there is not much difference between the naked bike and its faired cousin.

This bike has been spotted several times on test and some of times it has been spotted without any camouflage. The new bike looks the same and there isn’t any difference in the design. Yamaha has launched this new bike for ₹  1.28 lakhs (ex-showroom price). In terms of dimensions the new bike is larger than the Fazer 150 in dimensions. The design is similar to the FZ 25 except for the fairing. It is majorly the front that has seen a major change. Apart from this, it is almost the same like the FZ25.

Now coming to the engine and transmission part, what we see is a  250cc single-cylinder engine churns about 20.6bhp of power at 8,000rpm and 20Nm of maximum torque at 6,000rpm. The Fazer 25 has the same diamond frame chassis. The suspension has telescopic forks up front and the rear is monoshock. This means that it is as exciting to ride as its naked sibling. The weight of the bike is 148 kilograms, which is 6 kgs more than the FZ25. There is no ABS on offer at the moment.

Priced at ₹ 1.28 lakhs (ex-showroom, Mumbai), the Yamaha Fazer 25 has been priced aggressively. This is what makes it a good value for money bike. Yamaha has done a good job with the pricing and an appealing offering in this segment. The Yamaha Fazer 25 uses same diamond-frame chassis,that also underpins the naked FZ25. The looks of the Fazer 25 are quite aggressive with that full fairing that differentiates it from its naked sibling and also weighs more than the FZ25. The fascia of the Fazer 25 looks different. The styling is not exactly love at first sight, but will take some time to grow on you. Apart from the fairing everything else on the bike looks the same as on the FZ25. The fairing is an add-on and looks familiar to a touring bike. It has a small windshield too and has to be seen if it helps defect wind at high speeds. This is what adds on to the styling too.

The dual tone colour scheme carries forward on the Fazer 25. The tyre and even the tail lamp looks exactly like the FZ25.

The bike has the same 249cc single-cylinder engine that churns about 20bhp of power and 20Nm of maximum torque. This comes with a five-speed transmission, while most of the competition bikes offer six-speed even on a 200cc bike. At the same time, the suspension hasn’t changed. The front has telescopic forks and the rear gets monoshock. This is what makes it an exciting package.

The claimed mileage of the Fazer 25 by Yamaha is  43km/l, However in real riding conditions it should return around 32km/l in the city and on the highway it can go up to 38km/l. The mileage is good enough for a bike of this performance and engine size. Also, this new bike will have a lot more linear acceleration now that it has been tuned for more smoother riding.

The Yamaha Fazer 25 will touch about 150km/hr as its top speed. This is a decent speed what one can attain. What is more important is the stability. The Fazer 25 is highly stable about 135km/hr, which is another strong point of this bike. It will behave best at around 110km/h.

The new bike should do a 0-100km/hr in about 9-10 seconds. This is a quick enough acceleration rate for a bike this size. There is a slight increase in the weight of the bike, 6 kgs to be precise, with the new added fairing. The Fazer 25 is available in two colour options

The Fazer 25 competes with not too many vehicles in this segment. The KTM RC 200, Bajaj Pulsar RS 200 and the Honda CBR 250R. These are the three bikes that will be competing with the Fazer 25. 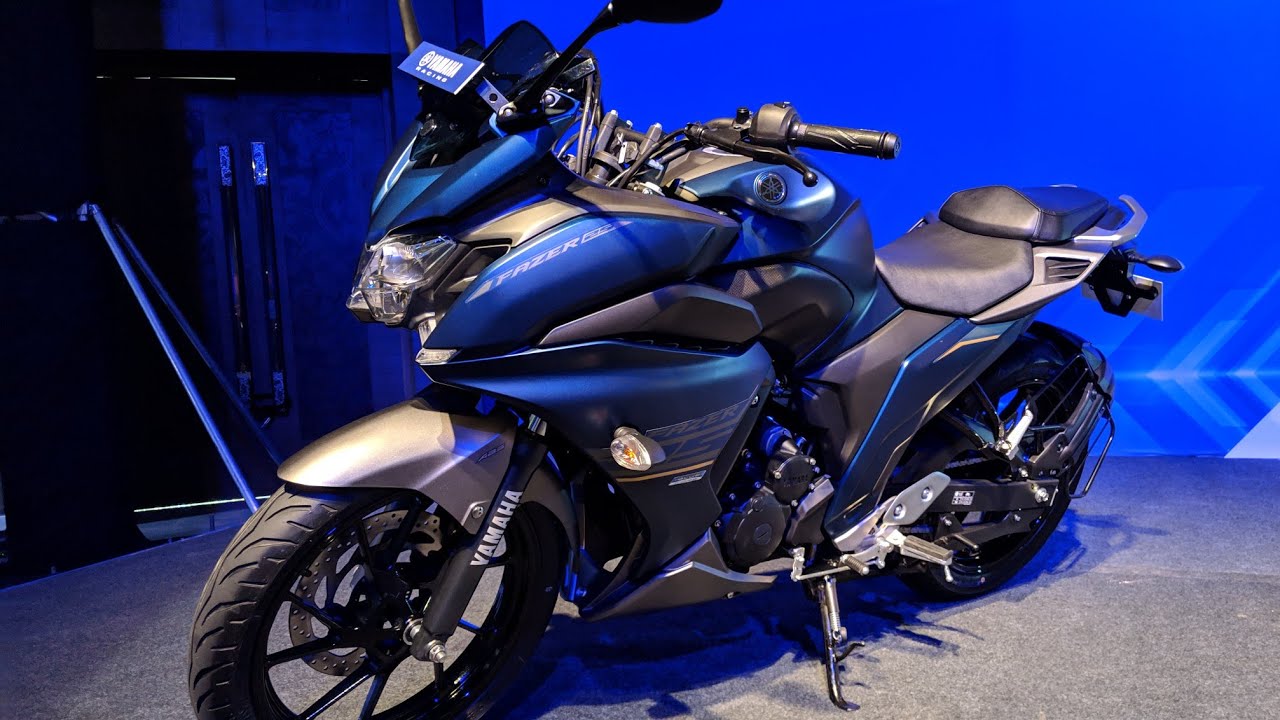