Mahindra launched the Marazzo and the Alturas G4 in the last year. They also had soft launches of the Scorpio S9 and the TUV300. We have brought you the review of the sub-four meter XUV300 and the car has been launched today. The Mahindra XUV300 has been given very competitive pricing and the base variant, W4 begins with Rs 7.90 lakhs (Ex-showroom). And now to top it all, this car has reached another milestone. The cars other details like ground clearance and boot space have also been revealed. The unladen ground clearance is 180mm. And the boot space for this car is 265-litres. The company has been working on this SUV and has decided to launch the car under the XUV brand. Mahindra will take on the sub-four meter compact SUV segment with this new car. The pictures for this car have been revealed too, to check them out scroll below. Bookings for the car are now available. Scroll down for more information on that.

To know more about it read ahead.

The Mahindra has sent a recall for a specific batch of XUV 300. This has been done on account of faulty suspension. This Compact SUV which has been manufactured till May 19, 2019, has been recalled. As per the report of PTI, the recall number has not been revealed. The number of units and specific batches has not been disclosed either. The company has said that the owners of the affected vehicles will be individually contacted. The replacement has been declared that it will be done free of charge.

Mahindra XUV300 crosses 25,000 production mark. The Mahindra XUV300 has crossed the 25,000-unit prouction milestone within six month of the compact SUV’s launch in the country. The car was launched in February 2019, it was was registered with 13000 bookings within a month of launch. The 25000 unit mark in May 2019.

The pricing of this SUV had to be aggressive. Mahindra’s new compact SUV; we had predicted will be priced from Rs 8-13 lakhs. We had also said that Mahindra will try and differentiate it with the competition on the basis of performance and features. So below is the price breakdown – The petrol XUV300 is expected to deliver 12-15 km/l in real life driving conditions. We will test it further to find out. The diesel may return around 13-19 km/l. These new engines are expected to be more fuel efficient than the existing Mahindra engines. They will also be BSIV compliant. There will be an economy mode like we say in the Mahindra Marazzo too.

The SUV gets a Mahindraisqe infotainment system with a seven-inch touchscreen. It has Bluetooth compatibility, reversing camera, USB and AUX connectivity. It may also get Android Auto and Apple CarPlay. The steering wheel is a new one. This steering also has audio and Bluetooth controls mounted on it. In addition, the Mahindra XUV 300 will also get automatic climate control, leather upholstery and a push-button start with keyless entry. There is a good center armrest with storage too. As seen in the image above, the car will also get storage above the glove-box too. It will offer good legroom at the rear as well and will seat 3 adults in comfort. In terms of features, Mahindra has loaded up the car with a great amount of segment first features

The Mahindra XUV300 carries forward the characteristics of the XUV500 with its cheetah-inspired design, cheetah-like agility, thrilling performance, and advanced technology features. The XUV300 ‘s headlamps integrate with the fog lamps forming a Cheetah-like tear-duct, while the pronounced wheel arches are inspired from the muscular haunches of the Cheetah. Its modern grille, sculpted bonnet, pronounced shoulder & body lines along with an elevated stance, give the XUV300 a bold and charismatic road presence, while the dual LED DRLs and bold LED tail lamps, create an indelible visual signature. The Mahindra XUV 300 will be a five-seater SUV. However, it will be quite spacious. In terms of dimensions, it is similar to other compact SUVs. The rear passengers will have decent knee room and headroom. Also, their adults can be seated comfortably.

One of our readers, Khushbu Dubey Mukherjee has also spotted the base variant of the car and has shared pictures of it. To see the full gallery, scroll down now. Also Read: Ford and Mahindra will get a new SUV in 2020 The base variant of the XUV300 has been recently spied. The car does not get DRLs, fog lamps a touchscreen infotainment system and some other things. We suspect the car will also not get cruise control, 7 airbags and a sunroof. Other than that, the car should be available with everything else.

The XUV 300 will get petrol and diesel engines. The petrol will be a new 1.5-litre engine that has been recently developed. This engine could be seen soon on the Marazzo. This is an all-new project, expected to power future vehicles of Mahindra. The power that it will develop will be around 100bhp and 145Nm of torque. These numbers are our estimation but during the name reveal of this car, it was said that the car will be the most powerful in its class so we will have to wait on the official numbers for that

The diesel engine of the XUV 300 will either be the existing 1.5-litre unit that does duty in the TUV300 or there will be an all-new 2.0-litre engine that will develop around 138bhp of power and 320Nm of torque. This will make the XUV300 a very power infused [ackage to consider. As shown in the spy shots the car will get a 6-speed manual gearbox and a 6-speed automatic unit from Aisin, Japan, which also does duty on the XUV500. The Mahindra XUV300 will a front will drive SUV. And as we have seen with the Marazzo, the car could come with AWD. There is also a chance that the car will get different driving modes like Tata Nexon. Modes could include City, Sport, Individual and Eco.

The SUV segment is getting extremely competitive and the Mahindra XUV300 will add another option for buyers. Mahindra is trying to make sure that this new SUV will be competent to take on its competition. The Mahindra XUV300 will mainly compete with the Honda WRV, Maruti Vitara Brezza, Ford EcoSport, and the Tata Nexon. The XUV300, though a late entrant to this segment, will try to differentiate itself with technology and powerful engines.

Wind tunnel testing is done to make sure that the car is more stable and has better aerodynamics. The XUV300 has been tested and honed in a wind tunnel. This means that Mahindra is looking to show-off the cars sport side. 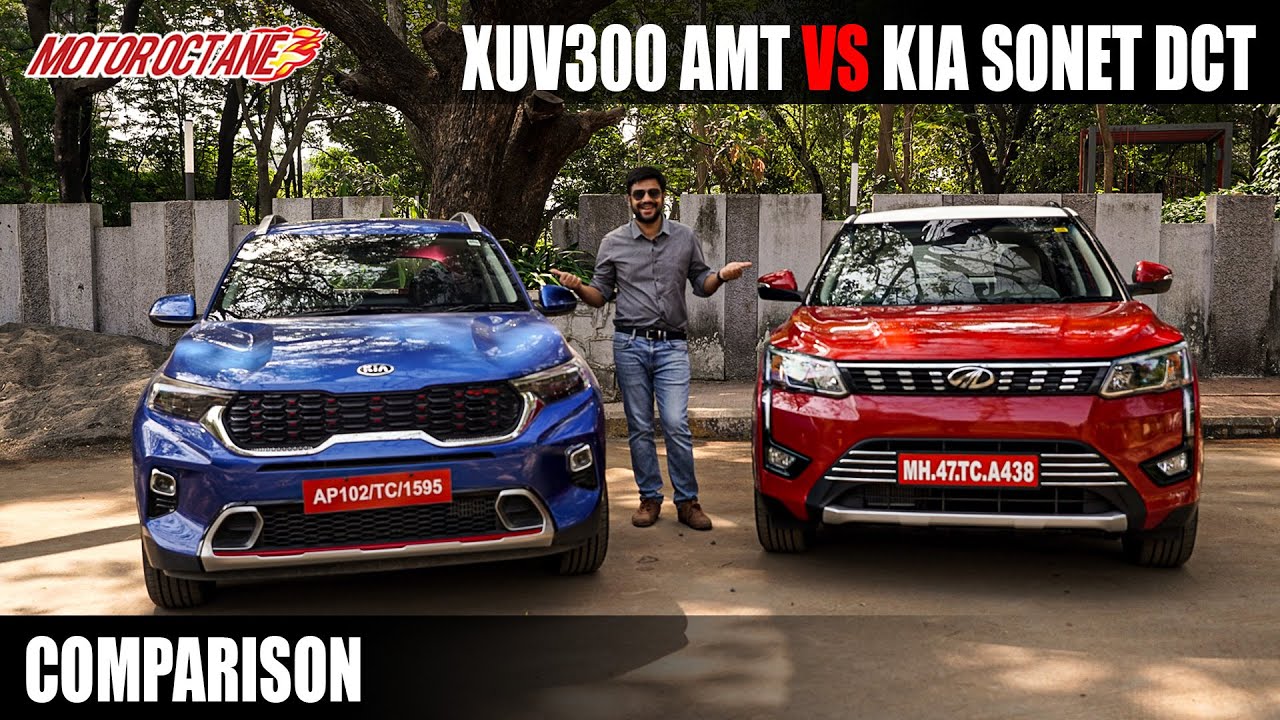