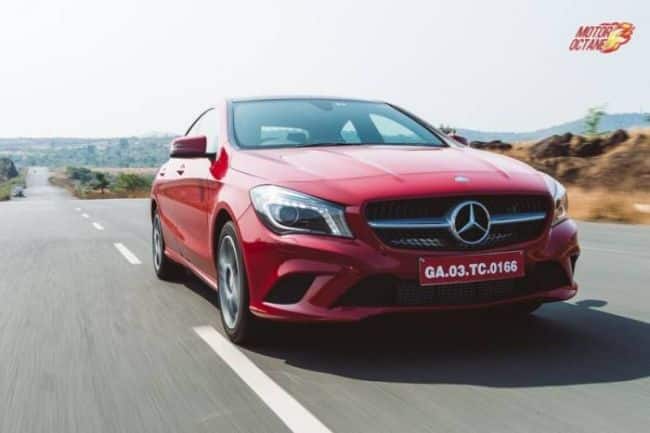 2015 is here, and auto manufacturers, with all guns blazing, are once again ready to launch their ambitious products and attain new heights of glory. This year, several high-end luxury cars as well as cost-effective family cars would be launched in India. Several biggies such as Maruti, Hyundai, and Tata would launch new cars in the country to woo the Indian auto freaks. Even the luxury brands, comprising of the German trio of Mercedes-Benz, BMW, Audi, & Jaguar Land Rover have lined up several new vehicles for 2015. We have come up with a list of some of the important cars that are going to be launched in the first quarter (Jan-Mar) of 2015 in India. Here we go:

1. Datsun GO+: Datsun GO+ is India’s first-ever compact MPV and it has given birth to an all-new segment in the country. Measuring just under 4-metres in length, it is being introduced in a price range of Rs. 3.79-4.61 Lakhs (Ex. Showroom, Delhi). Quite identical in appearance and mechanical aspects with the GO hatchback, it comprises of four variants – D, D1, A, and T. Datsun, facing public ire due to lack of safety features in its vehicles and following the zero star rating for GO from NCAP, has incorporated driver side airbag in GO+ top-end trim for better public sentiment and response. As being a sub 4-metre 7-seater car, it doesn’t have a direct competitor in the country and it is expected to eat up the sales of several mid-sized hatchbacks and entry-level sedans.

2. Audi R8 LMX: Audi has started 2015 with a bang by introducing the R8 LMX in the country at a jaw-dropping price of Rs. 2.97 Crore (Ex. Showroom). The exclusivity of this supercar is defined from the fact that only 99 units of the car would be sold worldwide and it is the first production-spec car to feature laser headlight technology in India. Talking about powertrain, the naturally aspirated 5.2-litre V10 petrol engine, which is on offer with the R8 V10 Plus, is tuned and tweaked to achieve a massive power of 562bhp. It does a 0-100km/hr in just 3.4 seconds, while clocking a top speed of 320km/hr – too much for Indian roads, I reckon! Needless to say, the power is transmitted evenly to all the four wheels of the beast en-route a 7-speed automatic gearbox. Any competitors? Come on, do let us know!
3. Tata Bolt: It wouldn’t be an exaggeration, if Bolt is termed as the most awaited product from the homegrown automajor in 2015. Being unveiled at the 2014 Indian Auto Expo, it features Tata Motors’ all-new design philosophy and honestly, Pratap Bose & Team have worked their heart out to provide it an elegant appearance, unlike earlier company products, which brought much disgrace to the company. It would be launched on January 20, 2015 in the country in both petrol and diesel guises. Most of the interior is sourced directly from the elder sibling – Zest compact sedan – and it is expected to be as lavish and premium as the Zest. However, unlike the Zest, it won’t have the AMT variant, at least for the time being. Expect the pricing somewhere between Rs. 4.5-7 lakhs (on-road).
4. Mercedes-Benz CLA Class: Audi A3 is having a gala time in the country and enjoying zero competition, but not any-more, as Mercedes-Benz India is prepping up for the launch of 2015 CLA Class to give it sleepless nights. Yes, the little gem from the home of Stuttgart based luxury automaker is unleashing in India on January 22, 2015 for the much delight of Indian auto aficionados. The company has even started to accept pre-orders for the same at a token amount of Rs. 2 Lakhs at its authorized dealerships. It would be assembled locally at Merc’s Chakan production plant; so, an even belligerent pricing is on cards! It would be launched in both petrol and diesel trims in form of CLA 200 and CLA 200 CDI, respectively. 5. Hyundai Verna Facelift: It would be Hyundai’s first launch of the 2015 and the facelifted version of the mid-sized Verna has been spotted several times as test mule, albeit camouflaged. Being first unveiled at the 2014 Beijing Motor Show and known ‘Solaris’ globally, it is expected to launch in mid-February in India. It hosts an array of cosmetic changes at the outside at the front as well as rear. However, interior is expected to be featuring the same layout, except for the addition of a few exquisite elements, especially the 7-inch touch-screen infotainment system might be an add-on as the other competition has got it as well. Mechanically, it would be the same altogether as it would continue to draw power from the set of both 1.4-litre and 1.6-litre petrol and diesel motors.
6. BMW i8: The hybrid supercar has already arrived in India and was spotted at company dealership sans camouflage. After being unveiled at the 2014 Indian Auto Expo by ace cricketer Sachin Tendulkar around a year back, the company is hinting towards a February 2015 launch for the supercar. Being super light-weight due to extensive use of carbon fibre-reinforced plastic and aluminium, only 8 units of BMW i8 would be sold in country at a price tag of Rs. 2 crore (Ex. Showroom). To say the least, it can travel up to 37 kms. on an all electric mode, while attaining a top speed of 120km/hr. The 3-cylinder, 1.5-litre petrol motor along with the electric motor would have a combined power output of 357 bhp.