The 2017 Kawasaki Ninja 1000 has been launched at INR 10.9 lakhs, on-road. This bike is in its third iteration and is more sophisticated now with additional new features. The engine of the bike remains the same, however, there are other peripheral areas that get an improvement which will enhance the overall performance of the bike. Complimenting the even smoother power delivery and extremely composed handling, the new model features increased touring performance, improved wind protection, greater comfort and the clean-mount pannier system.

The 2017 Kawasaki Ninja 1000 is priced at INR 10.9 lakhs (on-road). It comes with several new features and also a BS-IV engine. The New Ninja 1000 is a better bike to ride with improved braking and smoother power delivery. The bike is assembled in India.

All-new Ninja family styling deepens its sporty image. And loaded with the latest electronics technology that Kawasaki has to offer, the new Ninja 1000 is even better equipped to meet a wide range of rider needs. The 2017 Kawasaki Ninja 1000 gets new dual LED headlamps which look sharper than before. Each unit features low and high beams, as well as a LED position lamp. The headlamps are much more brighter than before and also are almost 50 percent more power efficient. The two-piece fairings on the new Ninja 1000 are 28mm wider than before and they offer better wind protection while high speed riding. There is a new adjustable double bubble windscreen which has three settings and is15mm taller at the centre. The windscreen can be adjusted by depressing a button near the instrument panel. The new instrument panel features a large analogue tachometer and a multi-function screen. There is also a gear position indicator present.

The Kawasaki Ninja 1000 comes powered by a1043cc in-line, four-cylinder engine. This engine churns out 140bhp@10,000rpm and has 111Nm of torque@7,300rpm. The engine is mated to a  six-speed gearbox which also gets a slipper clutch. The ECU settings have been revised and this makes for a smoother power delivery. The 2017 Kawasaki Ninja 1000 now meets BS-IV emission norms. The engine also features a secondary balancer on the crankshaft that cuts down excessive vibrations. The bike gets 41mm inverted front forks with step-less compression, rebound damping, and spring preload adjustability. The rear has a gas-charged monoshock with step-less rebound damping and adjustable remote spring preload. The revised settings with new linkage have resulted in a lower seat height. This has changed from 820mm to 815mm. The brakes on this bike are dual 300mm petal discs at the front and a 250mm petal disc at the rear. 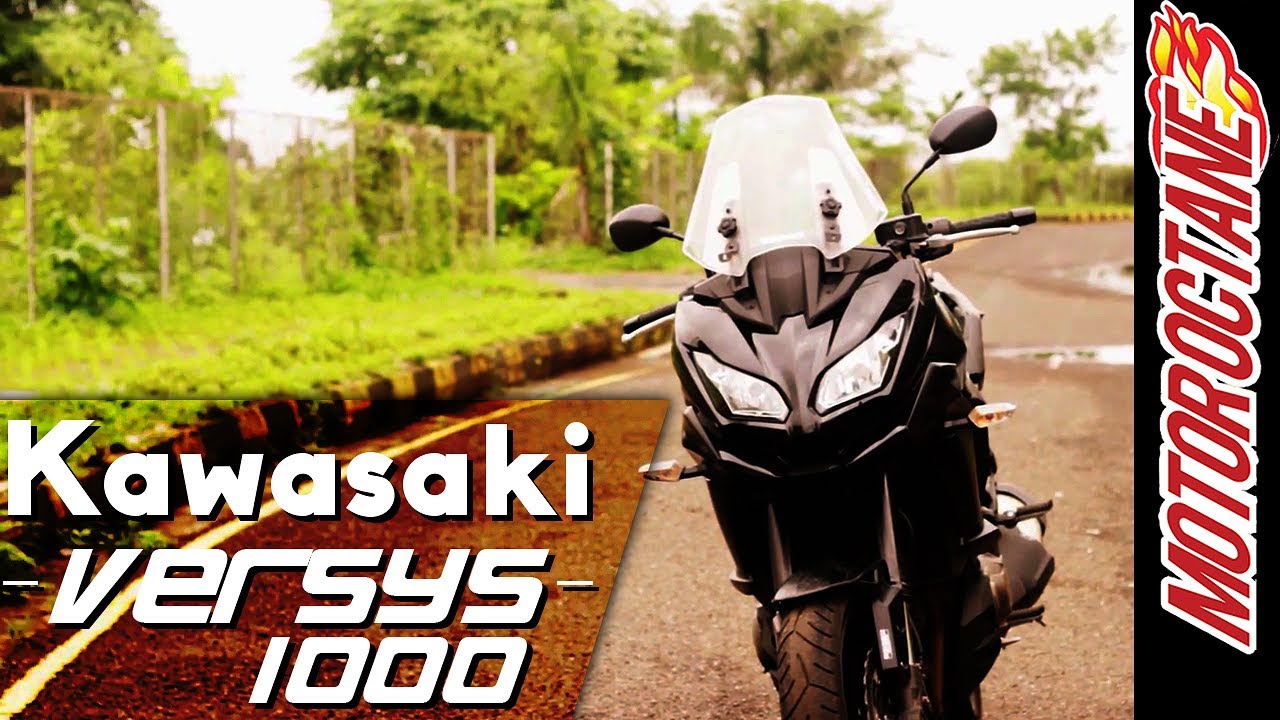