Maruti Vitara Brezza AMT has become one of the most desirable SUVs in no time. Buyers had been waiting for this variant for long and now it has finally been launched. It has the distinction of being the most affordable automatic SUV in the country. The prices of the Vitara Brezza AMT starts at ₹ 9.3 Lakhs (on-road, Delhi). The AMT was launched in a quiet way and instantly created a big buzz.  We had earlier revealed, last year that the Vitara Brezza AMT will be launched this year. The Tata Nexon AMT was launched last month.  We were all the first to convey that the Brezza AMT will come in three variants – VDi, ZDi and ZDi+. With only a diesel engine, the Brezza is the best selling SUV in India. The demand for this one is high even today. Like many other segments, Maruti has been dominating this one as well

The AMT (Automatic) in the Maruti Virtara Brezza is the same unit that is found in the Dzire and Swift. It is a smooth shifting unit and hardly has any lag usually associated with AMTs. Calibrating an AMT with diesel is often a tricky job, however, Maruti has done a good job in other cars and the Brezza will be no different in our opinion. The AMT also has a manual mode. Hence one can take control of gearshifts manually when needed. Irt takes time to get used to an AMT, specially when it is diesel. This is because diesel engines have a high torque and hence one needs to be careful while setting the vehicle in motion, when in bumper to bumper traffic situations.

The AMT is offered only on the higher VDi, ZDi and ZDi+ versions. The price increase of the AMT over the manual version is around INR 50,000. The price walk of an AMT over manual is lesser than what a traditional automatic would have.

The mileage of the Maruti Vitara Brezza AMT will be same as the manual version. There will be no change in this.

There is no difference in the dimensions of the car. It is identical to the manual version. The features also remain the same. The only change is in the gearbox, between the manual and AMT. Rest of the vehicle has no change. 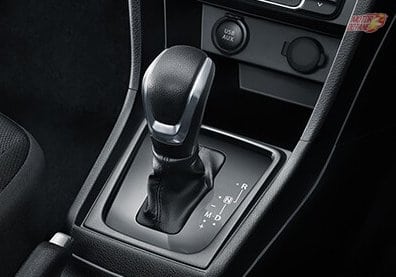 The same 1.3-litre diesel engine will be offered on the Vitara Brezza AMT. There will no change as far as the engine is concerned. This is a Fiat-sourced 1.3-litre diesel engine, which also does duty in several cars around the world. It is a proven engine and also the AMT is sourced from Fiat group’s Magneti Marelli. The engine makes 90bhp of power, which is pretty good.

The Maruti Vitara Brezza AMT is a five-speed unit and has more than sufficient power to make city driving comfortable and also help it cruise well on the highway. The Maruti Vitara Brezza AMT offers good driveability. This is a peppy engine, and the AMT will also have the traits of the manual version, but of course the comfort factor will be greatly increased. We will share our detailed review, once we drive the AMT version. Stay tuned to our website for more updates.

Ford Ecosport 2018. All the details

The Maruti Vitara Brezza AMT continues to have the same looks and there will be no difference at all between the AMT and manual version as far as the design and styling is concerned. The over all styling will be the same. The only difference is the addition of an ‘Auto Gear Shift’ emblem on the tailgate. This will differentiate to from the manual Vitara Brezza. The Maruti Vitara Brezza AMT will have the same road presence and will offer customers an option of having an affordable automatic compact SUV that looks imposing. 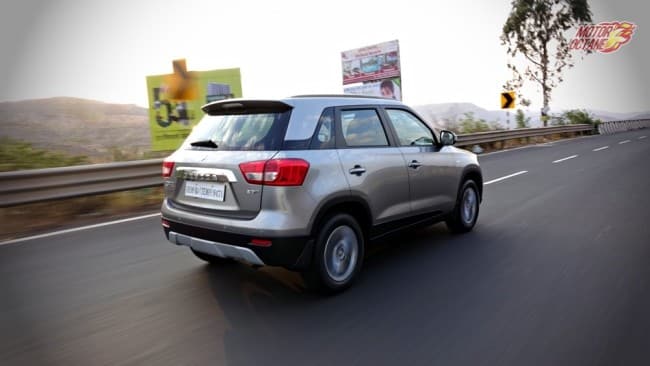 In the top-most variant, the Maruti Vitara Brezza comes with dual tone colour scheme as well. The alloy wheels are also painted in a glossy black shade. This makes it look attractive and different on the road. One can make their Vitara Brezza more attractive by adding extra accessories, which are available at dealerships and are genuine Maruti accessories. The 16-inch wheels are standard on the Brezza and the AMT version will also continue to have the same wheels.The ZDi variants gets alloy wheels and wider tyres (215), while the other variants get steel rims. 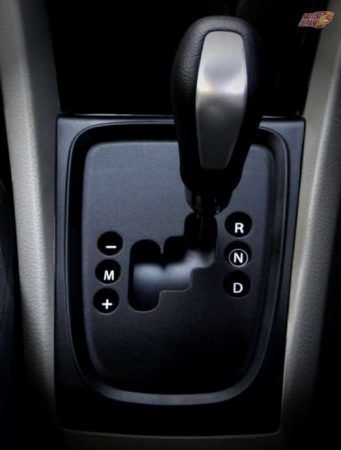