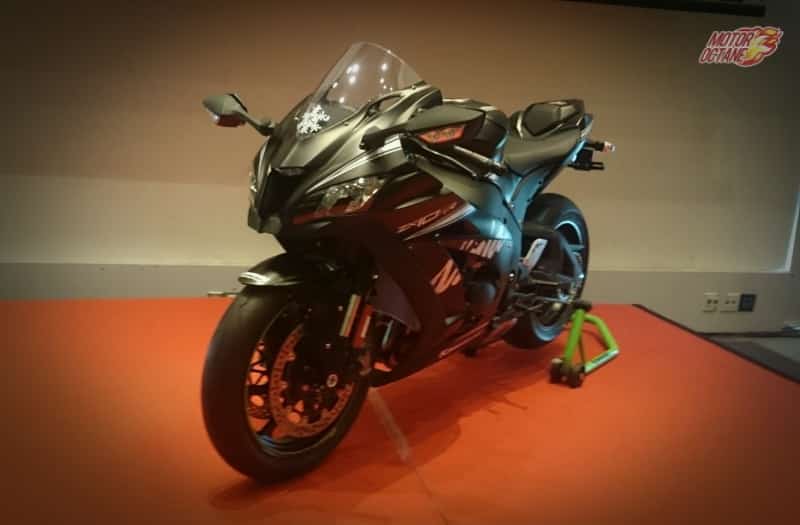 Kawasaki has launched the 2017 Ninja ZX-10RR at INR 24 Lakhs (on-road, Delhi). The ZX-10R has been winning the World Superbike Championships for the last 3 years. The ZX-10R is the fastest production racing motorcycle in the world and the 2017 Kawasaki Ninja ZX-10RR gets even better. What all does this bike have? We tell you in detail. There is no change in the design of the 2017 Kawasaki Ninja ZX-10RR over the ZX-10 R. However, it does get a few styling updates. It comes in a matte black colour. This is the same colour that the kawasaki World Superbike team uses for their off-season test sessions. Hence, the bike looks very similar to its racing version. This is a single seat model and does not have any rear footpegs either. It gets a light weight exhaust mount to save on weight. 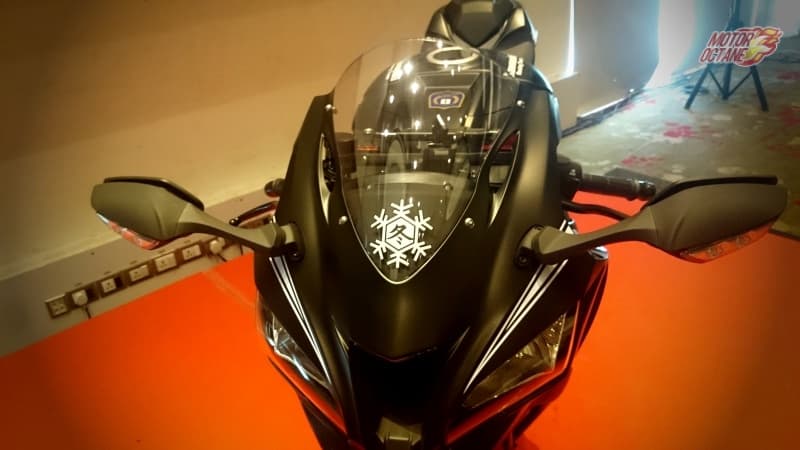 The KRT (Kawasaki Racing Team) Winter Test Snowflake logo is placed on the windscreen and also on the rear seat cover. The 2017 Kawasaki Ninja ZX-10RR comes with a RR logo stamped on the side cover to distinguish it from the standard model. The key fob also gets an RR logo, thus adding exclusivity. The 2017 Kawasaki Ninja ZX-10RR also comes with new forged Marchesini alloy wheels. The alloy wheels are now lighter to enhance performance.

The 2017 Kawasaki Ninja ZX-10RR has a lightweight crankshaft. It resulted in a quick throttle response and acceleration. It also has good low and mid-range power output. This helps in cornering g and straight line acceleration. Another advantage of the reduced reciprocating mass is better corner turn-in and easier side-to-side transitions. The cylinder head design incorporates additional clearances for the accessory race-kit camshafts (high- lift), as well as large coolant passageways like on the standard model, to help provide engine reliability. Long-reach spark plugs are another part of the package as found on the Ninja ZX-10R, helping to boost ignition efficiency. 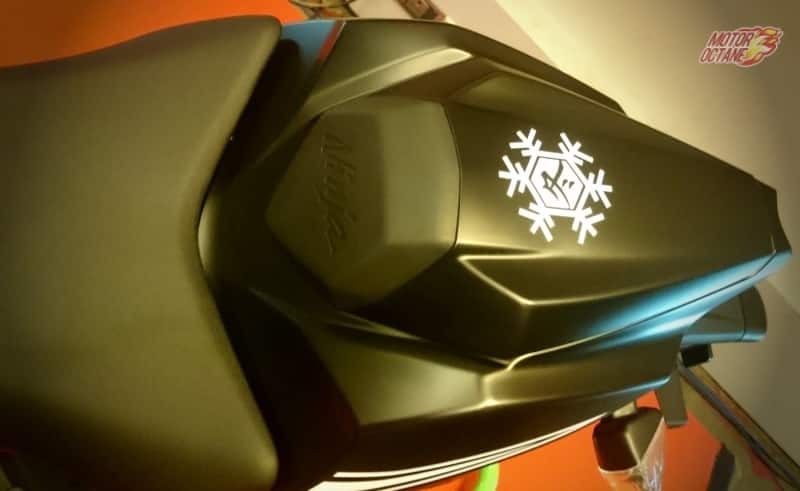 Electronic throttle valves help the precision in intake airflow. This contributes to efficient power delivery and seamless integration of the electronic aids such as the Sport-Kawasaki Traction Control (S- KTRC), Kawasaki Launch Control Mode (KLCM) and Kawasaki Engine Brake Control (KEBC).
The titanium-alloy exhaust system helps with weight reduction and mass centralization as well as the power to weight ratio by removing significant weight from the bike.

Titanium-alloy headers use a special heat-resistant alloy, which is unique to Kawasaki in a motorcycle application and feature a connector pipe joining headers three and four to help smooth the engine response. The heat handling capacity contributes to durability, while the alloy also allows thinner pipes thickness, reducing weight even more.

The 2017 Kawasaki Ninja ZX-10RR features the same cassette-type, close-ratio transmission as the Ninja ZX-10R motorcycle. The gear ratios are suited for track riding. The bike also gets slipper clutch. Previously, the Ninja ZX-10R allowed clutchless downshifts only through the fitment of a race ECU. Now the Ninja ZX-10RR provides this feature as standard. This allows quick upshifts and downshifts without the need of a clutch, nor does the rider have to bring up the RPM’s to match engine speed. This results in quicker lap times by cutting off tenths-of-a-second on sectors. The 2017 Kawasaki Ninja ZX-10RR has been fitted with a Brembo® front braking system. This package consists of high specification M50 aluminium monobloc four-piston front calipers (with 30mm opposed pistons) and Brembo front rotors. The rotors are cross-drilled and have a circumferential groove in the outer edge to aid in heat dissipation.