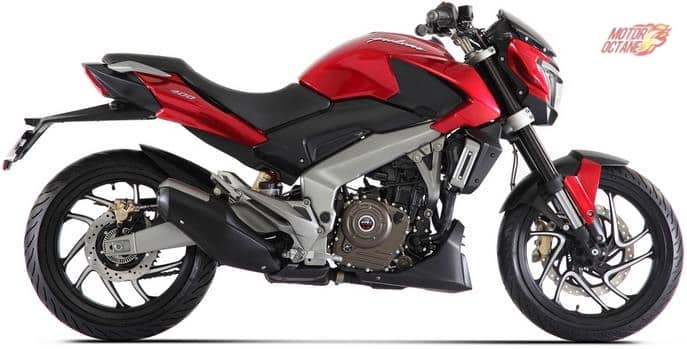 Bajaj Kratos 400 is the latest offering bike that will make it into production. Initially planned to be called as a Pulsar, the Kratos will be the latest offering. This is an all new bike that is based on a platform. The new Kratos 400 has been designed to make it compete with leisure bikes. This makes it a good option to consider for those who are looking at lifestyle bikes.

Bajaj has always been aggressive with pricing. The company is looking at pricing lesser than the KTM Duke 390. The idea is to offer more features, better comfort at an affordable price. Even though the new bike ins’t competing with the Duke 390, it will be made more affordable. So, we expect the on-road pricing of this bike to be about INR 2.1 lakhs (on-road). In ex-showroom talk, it should be a bit more expensive than the RE Himalayan as it will boast more features and even safety features.

Bajaj wants to target the lifestyle or the leisure segment with this bike. So in short, it will be targeting Royal Enfield. This will be an all new sub-brand that will have a niche set of buyers. Bajaj is looking at introducing the Kratos as a new brand and distant its identity from the Pulsar range. As the leisure biking segment is on the rise, Bajaj will not want to miss out cashing on this.

The Kratos looks stylish and premium. The Bajaj Kratos looks upmarket and aggressive. The bike has a bit of raised handles. The headlamp is large. The side profile has a lot of sharp lines on the fuel tank. There is a large fuel tank that makes it look bigger. There is a step on the seat. The rear design is simple and it won’t get the twin slats like the Pulsar.

In the test bike that has been spotted, it has similar alloy wheels to the ones that has been shown on the Pulsar CS400. It gets disc brakes for front and rear. A 373cc engine will be powering the Kratos 400. This will be producing about 43bhp of the higher variant, while the lower variant should churn 34bhp. These engines will be coming with a six-speed gearbox. Bajaj Kratos 400 will be offered with dual and single channel ABS depending on the variants. This bike will be tuned for comfortable ride and good handling on twisty roads. The Bajaj Kratos 400 will be the company’s new flagship model and for the time being the most powerful and fastest bike as well.

The Kratos 400 isn’t about mileage as it is more about performance and the ride. Still, the bike should return about 35 km/l as an average for city and highway riding. Bajaj is looking at taking charge for this segment and delivering the best in all aspects for this bike.

Expect a top speed of about 155 km/hr on this bike. Bajaj Kratos 400 should have a tall gear and will be a comfortable cruiser in the top cog.

We expect the bike to be launched by mid November. Bajaj is looking at getting this bike after the Diwali season. It doesn’t wants its buyers to keep on waiting for the new bike.